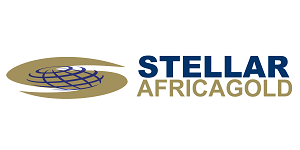 The access road to the Tichka-Est B structure gold zone is complete. A total of 8 kilometers of road reaching an altitude of over 2,600 meters together with 11 drill platforms were cut along winding, steep mountainsides with challenging slopes approaching 45 degrees. This heavy equipment road to Stellar’s drill sites in the High Atlas region is critical to the future of the project allowing full access for transportation of drill rigs, related equipment, drill crews and exploration teams. It is a major milestone in the continued exploration of the Tichka-Est Gold Project.

The Company and the road contractor have entered into a further agreement to keep the machinery on site and advance the access road to the C-Structure two kilometers to the East. The contractor will also excavate additional drill platforms at the Zone B structure if it is judged necessary as the initial drill campaign progresses. Additionally, some secondary access roads and drill pads excavation are planned for drilling the A-Structure a few hundred meters off the main road to the East.

Maurice Giroux, Vice-President Exploration and COO after returning from a field trip in Morocco declared: “You have to see it to believe it and fully appreciate it! I can only exclaim in front of the gigantic work accomplished by Stellar’s local crew that have successfully covered a large area on foot in extreme conditions, completed 31 trenches with hand tools and a conducted a full stream sediments sampling program to bring the Tichka-Est project to the current enviable exploration position. The road construction in those conditions, by a single set of machinery is fabulous and made according to the rules of the art. Yes, the drilling will be challenging but I am convinced that with Stellar’s experienced technical team approach, it will be successful and will open a new dimension to the project.”

About the Zone B Structure

The Tichka Est gold project, now comprising seven permits aggregating 82 square kilometres, is in the High Atlas Mountain region of Morocco approximately 80 kilometres south-southwest of Marrakech, a region easily accessible by road. The area is accessible year-round by road via a national road to the village of Analghi located near the mineralized gold zone. Follow up on some strong stream sediment anomalies reported by ONHYM lead Stellar to the discovery of 2 extensive gold mineralized structures A and B. A third structures namely the C-Structure was later discovered by Stellar in the course of a stream-sediments anomalies follow-up.

The Company is head officed in Vancouver, BC and maintains representative offices in Montreal, QC and Casablanca, Morocco.

The Tichka Est Gold Project is a drill-ready grouping of seven permits covering an area of 82 km2. The Tichka Est Property lies within the High Atlas Western Domain about 80 km SSW of the city of Marrakech. The area is accessible year-round by road to the village of Analghi located near the mineralized gold zone.

The Namarana Gold Project in Mali is a drill-ready 52 Km2 that is 100% owned by Stellar’s Mali subsidiary, Stellar Pacific Mali SARL. Namarana is located 130 km NW of Bamako in the Kankaba Circle of the Koulikoro district.

The technical content of this press release has been reviewed and approved by M. Yassine Belkabir MScDIC, CEng, MIMMM, a Stellar director and a Qualified Person as defined in NI 43-101.

Additional information is available on the Company’s website at www.stellarafricagold.com.

On Behalf of the Board

This release contains certain “forward-looking information” under applicable Canadian securities laws concerning the Arrangement. Forward-looking information reflects the Company’s current internal expectations or beliefs and is based on information currently available to the Company. In some cases forward-looking information can be identified by terminology such as “may”, “will”, “should”, “expect”, “intend”, “plan”, “anticipate”, “believe”, “estimate”, “projects”, “potential”, “scheduled”, “forecast”, “budget” or the negative of those terms or other comparable terminology. Many of these assumptions are based on factors and events that are not within the control of the Company, and there is no assurance they will prove to be correct or accurate. Risk factors that could cause actual results to differ materially from those predicted herein include, without limitation: that the business prospects and opportunities of the Company will not proceed as anticipated; changes in the global prices for gold or certain other commodities (such as diesel, aluminum and electricity); changes in U.S. dollar and other currency exchange rates, interest rates or gold lease rates; risks arising from holding derivative instruments; the level of liquidity and capital resources; access to capital markets, financing and interest rates; mining tax regimes; ability to successfully integrate acquired assets; legislative, political or economic developments in the jurisdictions in which the Company carries on business; operating or technical difficulties in connection with mining or development activities; laws and regulations governing the protection of the environment; employee relations; availability and increasing costs associated with mining inputs and labour; the speculative nature of exploration and development; contests over title to properties, particularly title to undeveloped properties; and the risks involved in the exploration, development and mining business. Risks and unknowns inherent in all projects include the inaccuracy of estimated reserves and resources, metallurgical recoveries, capital and operating costs of such projects, and the future prices for the relevant minerals.