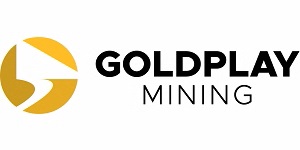 VANCOUVER, BC / ACCESSWIRE / November 1, 2021 / (TSXV:AUC)(OTCQB:AUCCF)(Frankfurt:9FY), (the "Company" or "Goldplay"), is pleased to announce that it has signed a mineral exploration/concession agreement (the "Agreement") with the Portuguese government in relation to four projects which include: two past producing copper mines, one past producing gold mine and one gold exploration project (together, the "Properties"). The Properties have a well-documented area totalling over 320 sq kms. The Properties have the potential to host significant precious and base metals mineralization often enhanced by the presence of abundant gold and/or copper mineral occurrences.

The Agreement has been signed by Goldplay directly with the Portuguese government, through Goldplay's Portuguese Company, EVX Portugal.

1. Miguel Vacas- Past Producing Copper Mine

Catalin Kilofliski, Goldplay Mining President & CEO stated: "We are very pleased to have signed this new exploration concession agreement directly with the Portuguese government. The contract signing proves an important commitment of the Portugal government to encourage the advancement and development of mining projects within country in order to feed a growing need of metal production within the European Union. " 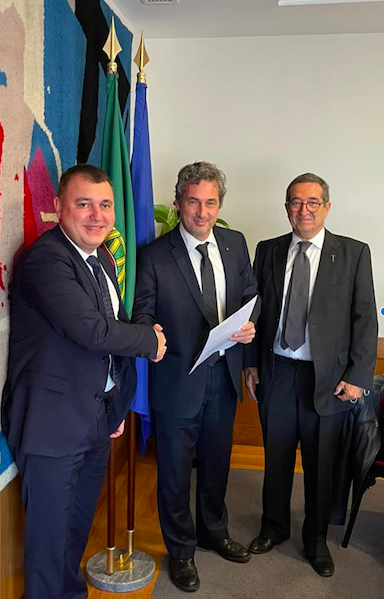 Goldplay Mining is a Canadian public company listed on TSXV and in US on OTCQB. Goldplay holds large district scale gold, and copper-gold projects located in BC's Golden Triangle and southwestern BC with potential for world class mineral discoveries. The Company also holds several brownfield gold, and copper-gold projects located in Portugal with near term mining potential.

This news release contains "forward-looking information" within the meaning of applicable securities laws relating to the exploration potential of the Properties. Generally forward-looking statements can be identified by the use of terminology such as "anticipate", "will", "expect", "may", "continue", "could", "estimate", "forecast", "plan", "potential" and similar expressions. These forward-looking statements involve risks and uncertainties relating to, among other things, the lack of recent exploration work on the Properties, results of future exploration and development activities, uninsured risks, regulatory changes, defects in title, availability of materials and equipment, timeliness of government approvals, changes in commodity prices and unanticipated environmental impacts on operations. Although the Company believes current conditions and expected future developments and other factors that have been considered are appropriate and that the expectations reflected in this forward-looking information are reasonable, undue reliance should not be placed on them because the Company can give no assurance that they will prove to be correct or enduring. Readers are cautioned to not place undue reliance on forward-looking information. The statements in this press release are made as of the date of this release. Except as required by law, the Company does not undertake any obligation to update publicly or to revise any forward-looking statements that are contained or incorporated in this press release. All forward-looking statements contained in this press release are expressly qualified by this cautionary statement.