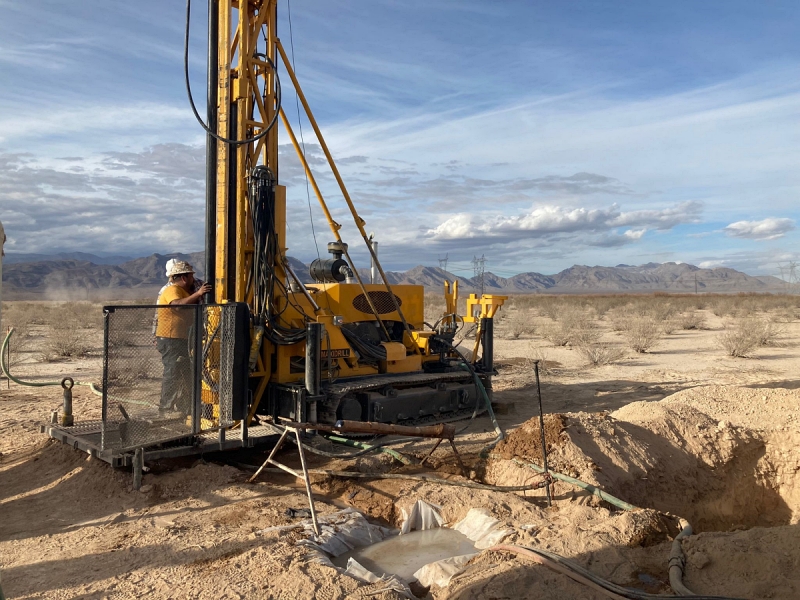 Just days after commencing initial drilling at the Jackpot Lake Lithium Brine Project near Las Vegas, Usha Resources Ltd. (TSXV: USHA; OTCQB: USHAF; FSE: JO0) has encountered strong evidence supporting the presence of a brine environment as predicted by their geological model. Drilling is currently ongoing and is now at a depth of 250 meters.

Drilling is planned to continue as planned to a depth of 625 meters, where the geological model indicates the bedrock begins. The geophysical data indicate the existence of an underground lake that covers their entire claim block of 11.3 square kilometers that is open to expansion in all directions. Evidence to date suggests a close geological relationship between the Jackpot Lake project and Albemarle's Silver Peak Nevada lithium mine, just a four-hour drive away.

Geologists at the site have observed during the evaluation of the drill cores that there are multiple zones of evaporite crystals. The presence of evaporite crystals supports the presence of a brine forming environment as crystallization of evaporites would not occur in a freshwater system. The evaporite crystals are abundant and are present within the upper 200 meters of the well as intercalations, veining, and inclusions indicating several long periods of homeostasis (stability) with repeated accumulation and concentration events. Repeated evaporation events over a geologic time period in a closed basin system are a primary mechanism for lithium brine concentration. Considering the elevated lithium concentrations identified in historic soil samples, these evaporation events could theoretically concentrate lithium as rainwater passes through these materials, developing enriched brines at depths. The information obtained through the exploration program to-date indicates that the basin setting and accumulation of minerals is similar to the geologic setting for Albemarle’s Silver Peak Nevada Lithium Mine, the only producing lithium mine in North America.

The geologists at the site have also observed zones of sand and gravel at depth. These are zones of high porosity that are targets for pumping tests for future resource evaluation and are important for differentiating the Jackpot Lake salar from a clay project where the soils are do not have the porosity to support a brine operation.

Deepak Varshney, CEO of Usha Resources, stated, "The significance of evidence supporting the geologic setting coupled with the geological similarities and proximity to the only domestic lithium producer in the United States, bodes well for the future potential of USHA - both short and long term." 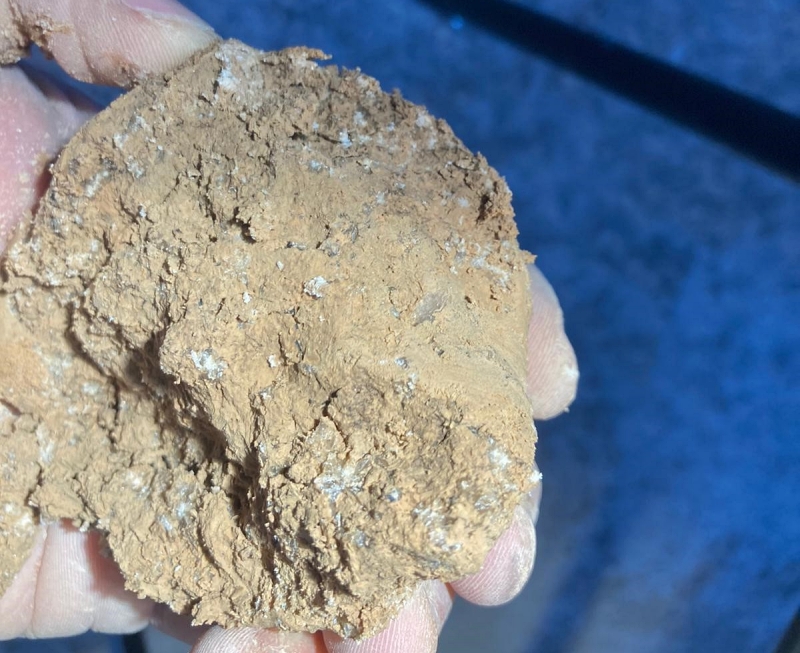 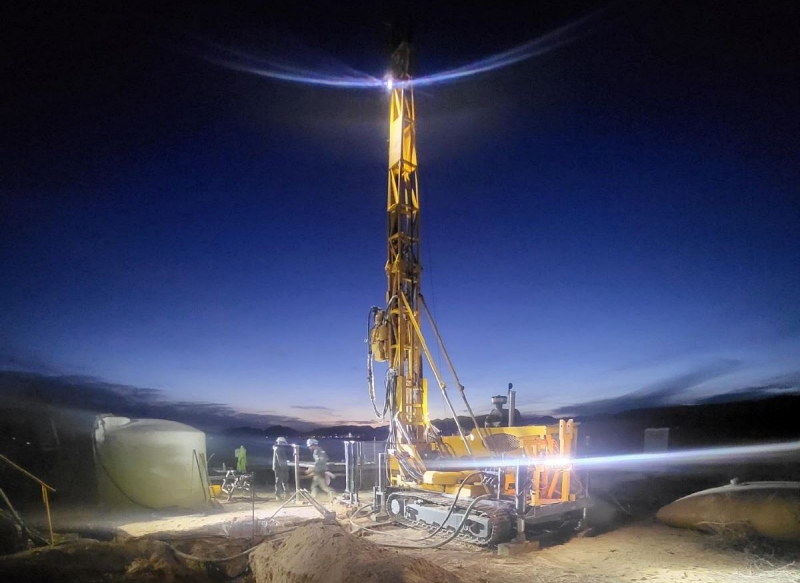 USHA's Jackpot Lake lithium brine property is located in Clark County, 35 kilometers northeast of Las Vegas, Nevada, and consists of 140 mineral claims totaling 2,800 acres (approximately 11.3 km2). The geological setting of the project is similar to that of Albemarle's Silver Peak Nevada Lithium Mine, the only producing lithium mine in North America that has been in continuous operation since 1966. Usha has permission to drill six holes totaling 2,700 meters. The project target was identified from geophysical studies and 129 core samples collected by the USGS with an average lithium value of 175 ppm and a maximum value of 550 ppm. The current average grade for Albemarle's project is approximately 121 ppm.

Conclusion: Usha Resources could not have done better. The fact that even the first drill hole is encountering brine conditions from shallow depths is a huge exploration success and a first class confirmation of the predictive power of the underlying geological models. The visual evidence of sediments indicating repeated deposition of salts provides strong confidence that this is the right geologic setting. Continuous salty sediments that include sand and gravel zones are exactly the features geologists want to see in lithium exploration in a confined basin. Usha Resources seems to have everything it takes to become the new lithium brine star in Nevada due to the size of its project. We are looking forward to the evaluation of the first drill hole and to a first resource estimate in the first half of 2023.