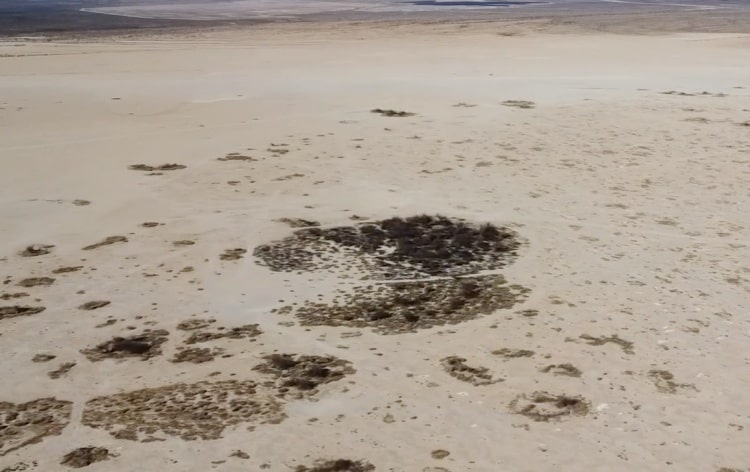 Rosko is considered a high-level expert with over 30 years of experience. Rosko is assisting with a number of prominent Tier 1 lithium projects, including Galaxy's Sal de Vida deposit, Millennial Lithium's Pasto Grandes deposit and Lithium America Corp.'s Cauchari-Olaroz deposit. Rosko had to fly in specifically from South America to work on the Nevada project.

Usha has engaged Harris Exploration Drilling and Associates Inc. as its drilling contractor. Harris Exploration has a track record of more than 60 years of drilling exploration projects throughout the Americas, has drilled extensively in Clayton Valley-type lithium brine deposits, and is well versed in the recovery of drill core material from unconsolidated lake bed sediments and in lithium brine testing.

Deepak Varshney, CEO of Usha Resources, commented, "Our goal is to define a 43-101 compliant maiden resource at Jackpot Lake. We are therefore thrilled to partner with Michael Rosko and Harrison Exploration. Pat Harris has been conducting exploration drilling in lithium brine and mudstone projects in the Clayton Valley for many years. We are confident that we have contracted the best provider in the market with this well-respected and experienced company."

Drilling at the project is scheduled to begin in the coming weeks. Immediately after Harris completes its current contract with the booked drill rig, work will commence.

The Jackpot Lake lithium brine concession area is located in Clark County, 35 kilometers northeast of Las Vegas, Nevada, and consists of 140 mineral concessions totaling 2,800 acres (approximately 11.3 km2). A "playa" is being explored in the project, which appears to be in a confined basin that may contain lithium-rich brine. The geological model is similar to that of Albemarle's Silver Peak mine in Nevada, which has been in continuous operation since 1966 and in which sediments from lithium-rich surrounding source rocks have accumulated and filled the deposit, potentially resulting in a concentration of lithium brine due to successive evaporation and concentration events.

The Company now has permits for 2,700 meters of drilling in 6 holes and intends to initiate its first drill program this fall to define a 43-101 compliant resource. Implementation of USHA's current program at Jackpot Lake is being carried out by Rangefront Mining Service, a Nevada-based company whose staff specializes in the planning and execution of exploration work on lithium brine projects, including resource estimation.

The project is considered "drill-ready" as the following work successfully identified a 5 kilometer by 2 kilometer anomaly within a confined basin, indicating that highly concentrated brine is present: the USGS Government Geological Survey collected 129 drill core samples with an average lithium grade of 175 ppm and a maximum of 550 ppm, and performed spectrographic and atomic absorption analysis on 135 stream sediment samples, which confirmed the potential for a lithium mineral occurrence. Gravity surveys identified a closed basin, ensuring that brines remain in the basin without dilution from external water sources.

Geophysical modeling based on gravity and Controlled-Source Audio-Frequency Magnetotellurics/Magnetotellurics (CSAMT/MT) surveys also provided evidence of highly concentrated brines located relatively close to surface. The results of the CSAMT survey at the Jackpot Lake project indicated a large, continuous ore body with a very low resistivity throughout the permit area, particularly above bedrock depths of 625 meters, which is consistent with the behavior of highly concentrated brines.

Summary: It was only in March of this year that Usha Resources acquired the Jackpot Lake lithium brine project for a one-time payment of CAD75,000 and the payment of CAD1 million in shares. To date, the seller has received the cash and CAD 725,000 in shares. The final tranche of $225,000 in shares is still outstanding. This rather unusual deal alone shows that there must be a close relationship of trust between the seller and the buyer, because the seller was essentially betting on a good share performance from Usha. That could start now, as drilling on the Jackpot Lake project will begin shortly. Its "neighbor" Acme Lithium has already drilled successfully recently and is currently trading around CAD 40 million in market value. The market value of Usha is currently still below 10 million CAD. Only weeks lie between drilling and the first resource. Theoretically, two drillings are enough for an inferred resource - in the heart of the USA, only four hours by car from the only American lithium mine Silver Peak.