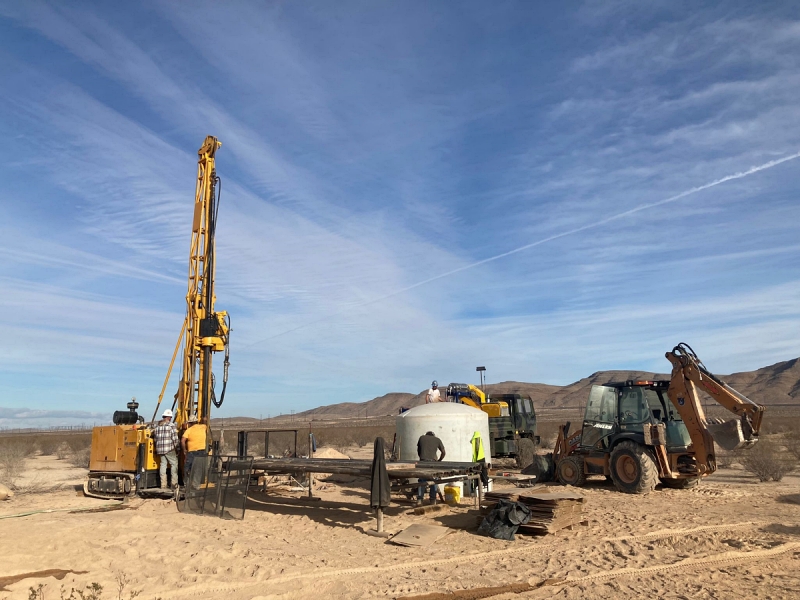 After approximately six months of preparation, the drill rig and drill crew arrived at Usha Resources Ltd.'s (TSXV: USHA; OTCQB: USHAF; FSE: JO0) Jackpot Lake lithium brine project in Nevada on Tuesday of this week (see Figure 1). The first drill hole on the 11.3 km² lithium salar will begin in a few days. It is expected to reach approximately 600 meters deep to bedrock to test an overlying 450 meter thick target zone. The company has permission to drill a total of six holes with a total length of 2,700 meters. The goal is to define an initial 43-101 compliant resource with just a few holes. Usha's drilling is the first ever drill test at Jackpot Lake. Initial results are expected in eight to ten weeks.

The Salar Jackpot Lake is located approximately four hours drive from Albemarle's Silver Peak lithium mine and has a similar geological setting. The Silver Peak Mine has been the only producing lithium mine in North America since it began operations in 1966. The current average grade for Albemarle's project is approximately 121 ppm. At Jackpot Lake, preliminary surveys by the U.S. Geological Service (USGS) identified core samples with an average lithium value of 175 ppm and a maximum value of 550 ppm

Modeling indicates that the project target encompasses the Company's entire claim block (2,800 acres; 11.3 km2) and is open to expansion in all directions. The target is at shallow depth, predominantly above bedrock at a depth of 625meters. The total basin in which the target is located is estimated to be approximately 44 km².

Both the service company responsible for drilling the well, Harris Exploration, and Michael Rosko, who has been designated as the Qualified Professional (QP) for the project, have many years of experience in brine drilling and brine testing. Mike Rosko oversees several world-class brine projects as a professional geologist, including Galaxy's Sal de Vida deposit, Millennial Lithium's Pasto Grandes deposit and Lithium America Corp.'s Cauchari-Olaroz deposit.

Figure 1 - 3D model of Usha's Jackpot Lake interpreted lithium brine target. The surrounding Muddy Mountains formations are believed to be the source of lithium present in the area. The structure shown in yellow includes geophysical results indicating resistivities of <5 ohms.

Deepak Varshney, CEO of Usha Resources stated, "It is clear that young companies need to be successful to keep up with the projected lithium demand. The team at Usha knows the Jackpot Lake project exceptionally well, and we are committed to working to the best standard to make this first drill program a success." 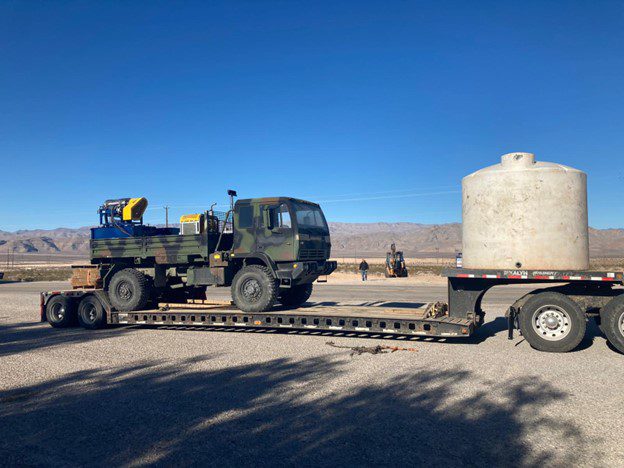 Figure 2 - View of the truck with road wash system being used for Usha's drilling program at the Jackpot Lake lithium brine project. Preparations for construction of the drill site are underway in the background. 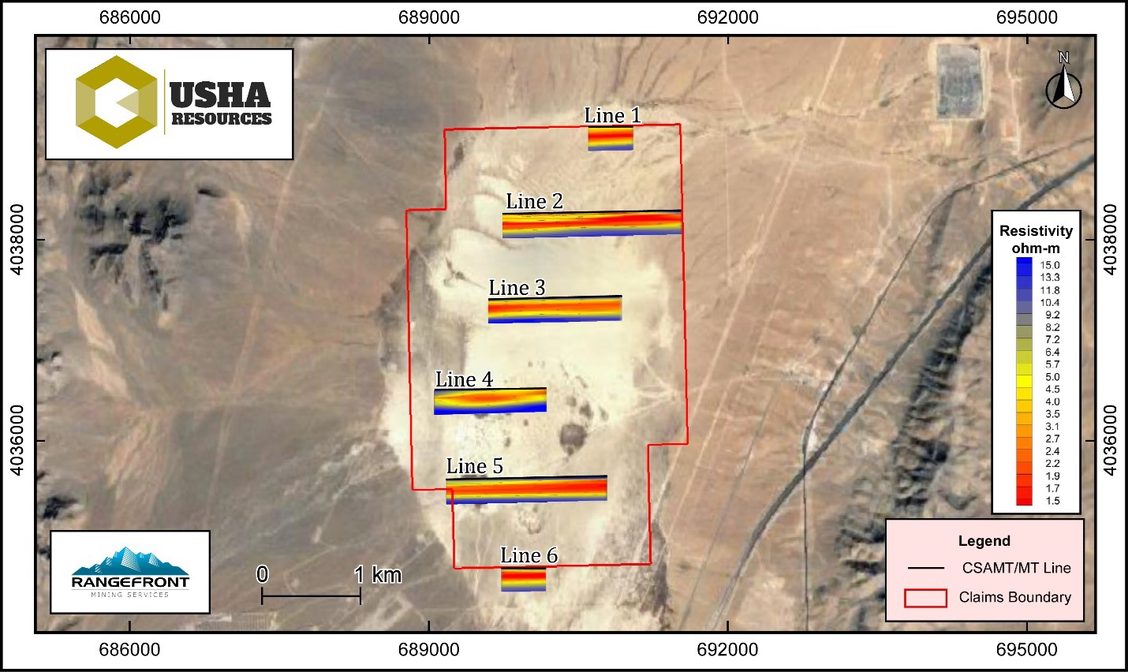 CONCLUSION: Since the Jackpot Lake project is geologically the little brother of the Silver Peak mine in Nevada, it would be quite surprising, after the intensive preliminary investigations, if lithium-bearing brines were not also found at Jackpot Lake with similar grades as at Silver Peak. The model shows an 11.3 km² underground lake saturated with brine. The unique feature of this form of exploration is that, unlike hardrock projects, only a few drill holes will be sufficient to determine an initial significant resource. This merit of brine projects is not currently appreciated by investors - despite Nevada's favorable location and despite the Biden Inflation Reduction Act. Brine projects currently tend to have bad press, and even the claystone lithium faction claims that it is more environmentally friendly because it uses less water. Of course, this is only true as long as it is assumed that brine projects require conventional evaporation ponds. But that technology dates back to the last century. It is much more likely that new extraction technology will be used very soon. This technology will make it possible to extract the liquid resource from brine projects with minimal water use and, more importantly, minimal impact on the landscape. This could put pressure on the huge open-pit mines of the planned mudstone lithium projects to justify their use. And where better to deploy such new technologies than in Nevada?