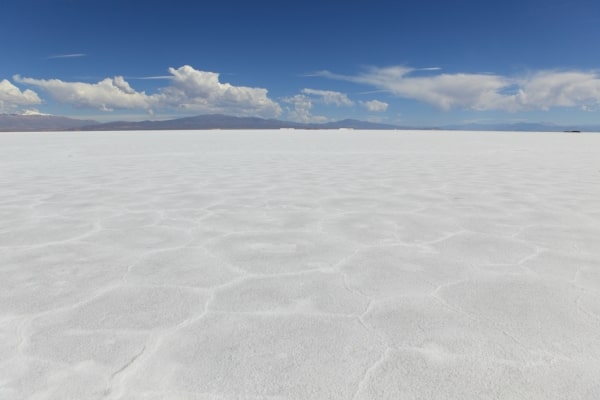 The three panelists are among the global opinion leaders based on their decades of experience in the lithium market: Joe Lewry, President of Global Lithium LLC, Chris Berry, President of House Mountain Partners, and Daniel Jimenez, Founding Partner of ILI Markets.

We would like to invite you to listen to the 30-minute discussion here:

In addition, we have summarized some of the important insights below:

China, as the first mover in the EV revolution, has established a dominant position in the downstream processing of lithium into battery cells. Chris Berry estimates the share at 80 percent. At the same time, however, China itself does not have any significant lithium deposits. China has therefore been forced to invest in Africa or South America, argues Joe Lewry. As a counterbalance to Chinese dominance, the three experts expect a tendency towards greater regionalization in the development of production capacities.

In South America, Joe Lewry sees Argentina in a special role. He predicts the greatest growth there (10 to 15 new projects), while Chile and Bolivia are lagging behind for political reasons.

According to the experts, recycling will not play a significant role for at least a decade. Then, however, the market power will slowly shift in favor of the car manufacturers, who will build up their own recycling chains.

Until then - that is, for at least another decade - the experts see a structural shortage in the supply of lithium, because a stock would first have to be built up.

We think this is good news for investors and also the lithium explorers we follow, here at Goldinvest.de:

Usha Resources (TSXV:USHA;FRA:JO0) will first drill a lithium brine project just outside Las Vegas this fall. The project is located just a four-hour drive from what is currently the only producing lithium mine in the United States. This mine has been operated by Albemarle since the 1960s. We look forward to seeing the drill results from Usha.

Ion Energy (TSXV:ION; FRA 5YB) is the first mover in Mongolia. Given China's dependence on overseas lithium deposits, Mongolia should be a high priority from a Chinese perspective. ION Energy is currently awaiting evaluation of initial drilling at its Urgakh Naran project.

Portofino Resources (TSXV:POR;FRA:POTA) has operations in Argentina. The Yergo Salar is located just a few kilometers from the Salar of Neolithium, which Chinese state-owned Zijin Mining acquired in January 2022 for nearly $1 billion. The Portofino salar is admittedly smaller. However, geologically there is much to suggest it is related to Neo Lithium's salar. Portofino has been waiting for some time for the province of Catamarca to finally issue a drilling permit. A permit would boost the stock price. In addition, Portofino has entered into a landmark JV agreement with a state-owned resource company REMSA in the Argentine state of Salta. The agreement gives Portofino access to the Arizaro Salar, one of the largest salars in South America. Arizaro already hosts several world-class lithium projects, including near-term production projects from Ganfeng Lithium, Rio Tinto and French mining conglomerate Eramet. In addition, exploration company Lithium Chile Inc. recently announced a high-grade resource at its adjacent Arizaro project.

Also in Argentina, and also in Catamarca province, Spey Resources (CSE: SPEY; FRA: 2JS) has its properties. The Inchuasi project on the salar of the same name is directly adjacent to a project of Gangfeng Lithium. Spey has already had its exploration drilling this spring and is currently working on updating its 43-101 report to incorporate the results into a new resource calculation. Unfortunately, SPEY stock is currently suspended from trading. The Securities and Exchange Commission does not want to release trading until the new 43-101 report is published, which should be shortly.

During the summer months, trading has fallen asleep in many small lithium explorers. Management is well advised - if that is possible - to save important news for the fall. We look forward to the coming newsflow.