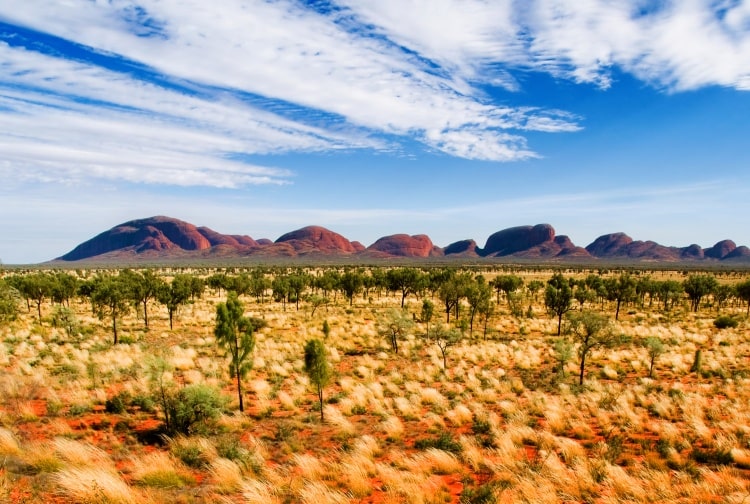 Where there is one high-grade "Bluebird discovery," there could be many more. That was the exploration hypothesis of Australian copper explorer Tennant Minerals (ASX: TMS; FRA: UH7A) after its Bluebird copper-ironstone discovery at its Barkly project in the Northern Territory last year. Meanwhile, with recent drilling at the neighboring Perseverance and Perservance-North targets, as well as at Bluebird West, the company is on track to repeat or even exceed its initial exploration success.

Initial drill evaluations of three key targets within the prospective 2.5km Bluebird-Perseverance target zone have intersected mineralized and brecciated fault structures in all three targets. To date, laboratory analysis is pending. However, it can already be said that the IP-based exploration method used by Tennant geologists has proven to be highly accurate: Right off the bat, the company has intersected major fault zones with hematite breccias (see Figure 1) and mineralization above a strong low resistivity (high conductivity) IP anomaly on the Perseverance target. The target is similar to the low resistivity IP zone that led to the Bluebird discovery, where spectacular copper-gold results including 50 m at 2.7% Cu and 63 m at 2.1% Cu and 4.6 g/t Au were encountered. Laboratory results from the recent drilling campaign on the Bluebird target itself, including in particular analysis of the promising BBDD0018 hole (a 32.5 m thick strongly hematite-copper mineralized zone, including 7 m of 60% massive chalcopyrite) are also pending.

A total of eight reverse circulation (RC) drill holes and six diamond drill holes totaling 1981.1 m were completed on the three targets using a multi-purpose drill rig (DDH1). Tennant announced a new drill program to test high grade copper-gold mineralization within these three new highly prospective target zones as soon as possible. In addition, Tennant is planning further drilling on the Bluebird discovery, which is completely open to the east, west and at depth. New IP surveys will focus on extensions of these key targets within the Bluebird-Perseverance target zone, as well as extensions of Bluebird mineralization to the east and west. 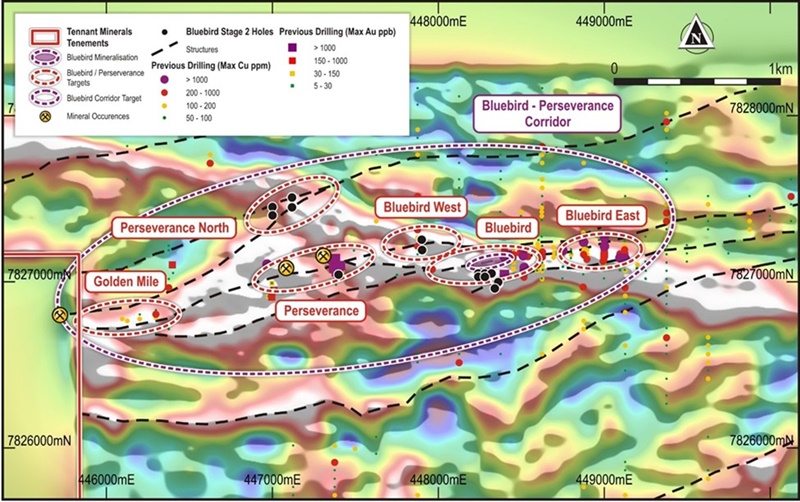 Figure 1: Bouguer gravity image of the Bluebird-Perseverance zone showing structures and gravitational-magnetic-IP resistivity targets. The gravity high associated with the Bluebird discovery continues east and west of Bluebird and is associated with the Perseverance target zone, which has the potential for multiple high-grade copper-gold deposits within a significant mineralized corridor with a strike length of more than 2 km. 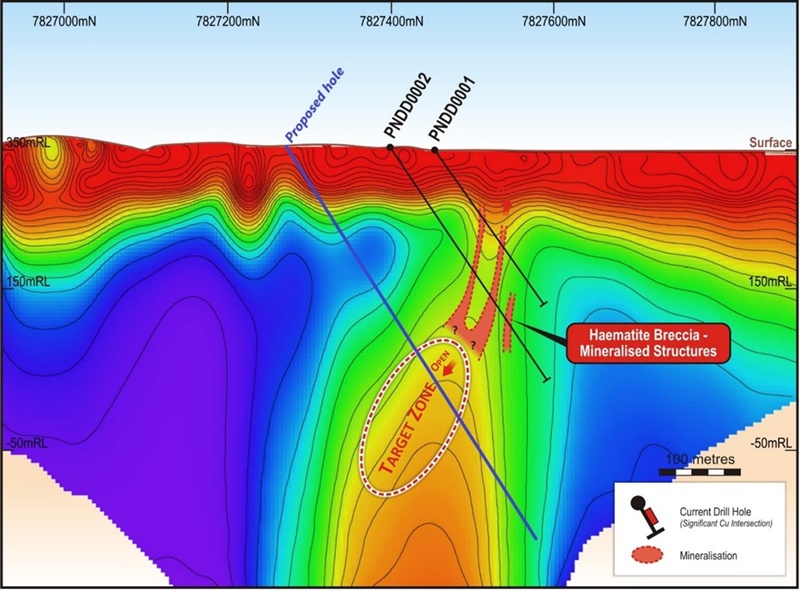 The geophysical pattern observed at Perseverance North is very similar to the Bluebird discovery (Figure 3). The hematite breccias intersected by PNDD0002 are interpreted to overlie potentially copper-gold mineralized ironstone as indicated by the gravity anomaly and thickening zone of low resistivity at depth (Figure 2).

CONCLUSION: Tennant Minerals aims to identify an entire cluster of multiple high-grade, multi-million tonne copper-gold deposits at its Barkly project in the Northern Territory. This ambition sets Tennant apart from its predecessors, which developed and operated successful but ultimately small mines in the Tennant Creek mining camp. In their search, Tennant geologists have successfully relied on modern exploration methods such as IP measurements. The fact that early drill tests have already hit the suspected structures could prove to be a transformative moment for the historic Tennant Creek mining camp. A series of high-grade copper-gold deposits at Barkly would justify a centrally organized copper-gold mining project at Barkly that would far exceed its predecessors and neighbors.

According to §34b WpHG and according to paragraph 48f paragraph 5 BörseG (Austria) we would like to point out that principals, partners, authors and employees of GOLDINVEST Consulting GmbH hold or may hold shares of Tennant Minerals and therefore a possible conflict of interest exists. We also cannot exclude that other stock letters, media or research firms discuss the stocks we recommend during the same period. Therefore, symmetrical information and opinion generation may occur during this period. Further more there is a consulting or other service contract between Tennant Minerals and GOLDINVEST Consulting GmbH, which means that a conflict of interest exists.