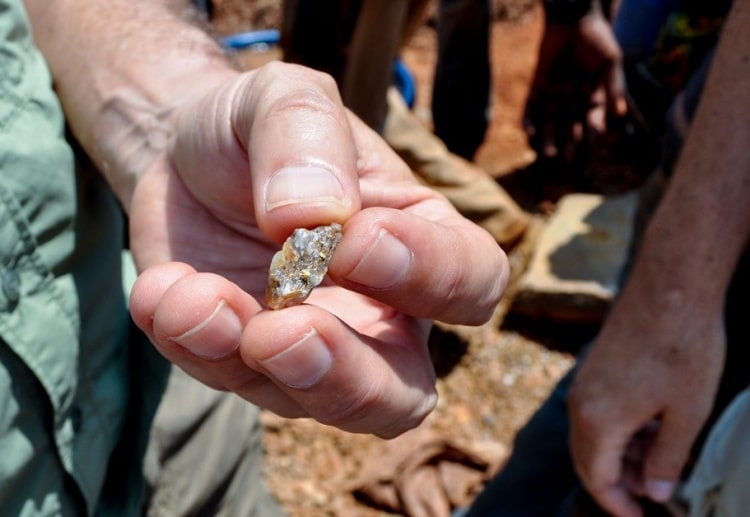 Now the time has really come! After a hiatus that lasted years and a few more delays, recently, Tembo Gold (TSXV TEM / WKN A2P9RS) has now started the first drill program on its eponymous project in the Lake Victoria goldfield of Tanzania!

The diamond core drills are initially focusing on the Ngula 1 target, where the company first plans to drill four holes, totaling approximately 970 meters. This will target areas where previous drilling had demonstrated very high gold mineralization. In this way, Tembo intends to define the structural controls of the area to allow for further targeted drilling at depth and strike. Tembo plans to drill a total of 7,000 meters in the 2022 season.

Strong past results that the Company is aiming to replicate at the start of the new program include:

Tembo’s exploration manager John Fleming said the drilling already underway should not only give the company a better understanding of the structural complexity of the area, but also increase confidence in the continuity of the mineralization zones. That will be a big help to the team in kicking off the next round of drilling that should eventually lead to an initial resource estimate for Ngula 1, Fleming said.

In addition, as Tembo's CEO David Scott stated, Ngula 1 is Tembo's highest priority. He expects drilling should be completed within four to six weeks.

Conclusion: The wait was long and even got longer, but now it is finally over and the drills are turning on the Tembo project. This means that investors interested in the company can expect first drill results in the foreseeable future, which will later lead to a first resource estimate. The - certainly risky - speculation is that Tembo Gold will be able to follow up on the strong drill results of the past and thus convince the market. We are very excited! And the company is in good financial shape following the transformative deal with Barrick Gold that was finally completed this year. Also, the fact that the industry giant took a 5% stake in Tembo Gold in the course of this deal is a good sign to us - as it is for CEO David Scott in this interview with Goldinvest.de.