As announced in late September, Spey Resources Corp. (CSE: SPEY; OTC: SPEYF; FRA: 2JS) has now formally acquired 100% of the shares of privately held Lithium Energy Metal Corporation (LEM). Spey will pay LEM shareholders a total of 8,900,000 common shares for the acquisition. In addition, there is a finder's fee to an independent broker of an additional 890,000 Spey shares.

LEM has interests in four projects in the James Bay region of Quebec, which are located near Patriot Battery Metals Inc.'s (TSXV:PMET) projects. The projects vary in distance from PMET's projects, with one of them located only about one kilometer from the boundary of a PMET project.

The 454 Block project - consists of ten contiguous claims (513 hectares). The claims lie within the Archaean Langelier Complex, which represents the oldest rocks in the Le Grand sub-province of the regional Superior Province, and consist of stratiform tonalite with hornblende-biotite-magnetite.

The West Lac Corvette project - consists of ten contiguous claims (513 hectares). The claims include Mesoarchaean rocks of the Rouget Formation derived from basalts, Neoarchaean wobbles of the Marbot Formation (with granite inclusions), and the southern margin of the Mesoarchaean tonalite pluton (Post de Le Moyne).

Trieste Project - consists of two separate contiguous blocks totaling 50 claims and covering 2,575 hectares (618 hectares to the north and 1,957 hectares to the south) of mylonite and amphibolite rocks of the Mesoarchaean Trieste Formation derived from basalts.

Summary: Spey Resources has only been a lithium explorer with lithium brine projects in Argentina. Since the beginning of the week, lithium expert Philip Thomas has taken over the role as the new CEO. The latest acquisition diversifies Spey's exploration base both geographically and through lithium hard rock projects. The James Bay region of Quebec has recently come under investor scrutiny due to the spectacular success of Patriot Battery Metals. Patriot Metals' share price has risen from $0.40 CAD in January of this year to $6.45 CAD now. It is quite possible, and probably even intended, that some PMET shareholders could secure an initial position in Spey Resources. LEM shareholders reportedly include some large PMET shareholders. 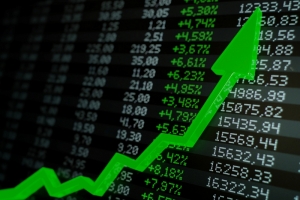