Seasonal workers: Many explorers start their most active phase of the year in May 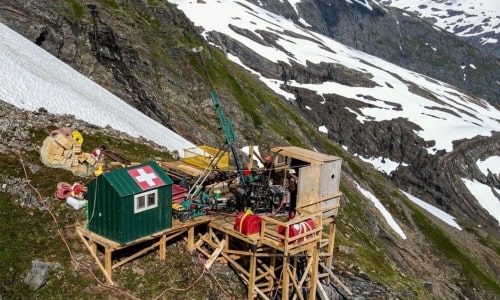 In the following, we would like to draw your attention to a few companies that are now starting to drill and from which we can therefore expect more news flow from now on.

1. For Tanzanian gold explorer Tembo Gold (TSXV: TEM; FRA: T23A) this time around it was less the seasonal weather than the political climate in Tanzania that enabled the start of drilling this May. After nearly eight years of forced hiatus, the company is in a dazzling position because the recent US$6 million deal with Barrick Gold has not only put additional money in its coffers. With Barrick, Tembo has also gained a major strategic shareholder, which impressively confirms the value of Tembo's license near the world-class Bulyanhulu project. Tembo has carefully analyzed its rich data using Goldspot's AI software and hopes to come up with a maiden resource as early as the end of this year. Drilling is already underway.

Figure 1: The 32 km² Tembo license is now completely surrounded by Barrick properties. In the immediate vicinity is the 20 million ounce Bulyanhulu mine.

2. Since the exploration properties of Australia's Conico Ltd (ASX: CNJ; FRA: BDD) are located in East Greenland, the seasonality of activity is self-evident. At least for exploration, the weather has to cooperate. Nevertheless, it is worth remembering that the Maestersvig zinc project operated almost continuously back in the 1950s and 1960s - for 11 months, in fact. On the menu for this year's drilling season at Ryberg are six major targets: Miki, Sortekap, Pyramid, Qiterpiaaneq, Cascata and Quest. No human has ever set foot on most of them! In this respect, Greenland - despite its geostrategic proximity to Iceland - is really a "last frontier" - truly virgin territory. Precisely for this reason, anything is possible. At least, after the first project-wide magnetic survey on Ryberg, it is believed to be understood why the anomalies formed precisely at the locations where they were found. Two deep reaching faults from the time when the Atlantic Ocean was formed cross Ryberg from south-west to north-east. All targets lie along these faults - the giant Pyramids project even lies between the faults. The magma must have worked its way from the depths to the surface under extreme pressure, leaving a footprint that is still three kilometers across today. The thought of being the first to take samples there is likely to have an extraordinary appeal even for otherwise hardened professional geologists.

Figure 2: The first project-wide magnetic evaluation for Ryberg was transformative late last year. The data clearly show the fault zones extending from southwest to northeast. All measured anomalies are related to these faults.

A lot of news is also expected from Conico's second project, Maestersvig, this season. Geologists have transferred thousands of historical data points into a 3D model, which should facilitate pinpoint exploration. Maestersvig could be much more than a historic zinc project with expansion potential. The last time exploration took place was in the 1950s. Although the data is only available on paper or in hand drawings, it can be said that the previous owners were thorough. Some of the known measuring points are extremely high grade. However, unlike in the past, Conico is the first company to look at Maestersvig in a regional perspective. Zinc could be joined (in the south) by copper. We'll see what the drilling from August brings. At least Conico has promised that the results will come faster than after last season, because this time an XRF device is on board and a lab in Ireland is used.

3. Explorer Searchlight Resources Ltd. (TSXV: SCLT; FRA 2CC2) in Saskatechwan might be difficult to classify for many investors until today because of its large-scale exploration licenses for the most different raw materials. However, this picture could change by the end of May at the latest. Then it will be decided whether Searchlight will be discovered as a uranium stock. The airborne measurements on Kulyk Lake indicate the potential for this. More or less by chance, the company measured a 2-kilometer-long, 500-meter-wide, high-grade uranium anomaly there last late summer (see Figure 3). Due to weather, Searchlight is only now able to send its geologists to the site to verify the data through channel sampling and eventual drilling. The potential for a massive uranium discovery at surface is there - just 65 kilometers from one of the world's largest uranium mills. For Searchlight shareholders, an extremely exciting phase now begins. They are of course hoping for a discovery à la Nexgen or Fission - and we know where these companies stand today - dreaming is allowed. 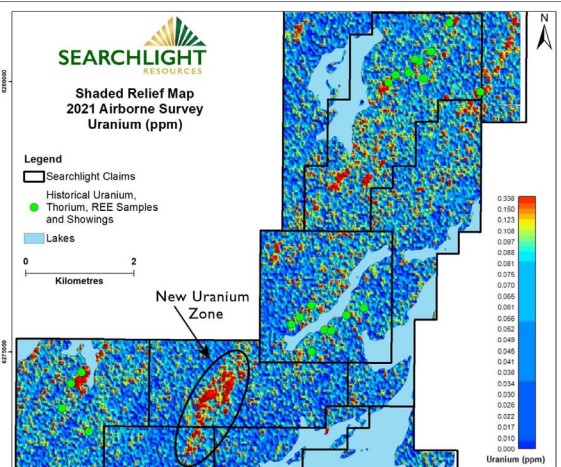 Figure 3: The "new uranium zone" on Kulyk Lake is still only a collection of data points from an airborne survey. However, it is now known from further lidar data that the 2 kilometer long anomaly is a so-called "whaleback", i.e. massive rock that protrudes about 50 meters from the surrounding sump.

4. Sitka Gold (TSXV: SIG; FRA: 1RF) is making an exception to the seasonal rule this year. The company operates in the Yukon, but has exceptionally continued drilling in winter (1,200 meters) following its blackjack discovery at the end of last season. The first of four holes has already been released. Another 9,000 meters are still on the program. The additional effort required for winter drilling can be appreciated when one knows that the drilling crew was given a few days off at temperatures of minus 50 degrees and that a 35 kilometer-long road to the project had to be kept permanently free of snow. The reward for Sitka's anti-cyclical behavior should be the drilling results from the outstanding holes expected soon - at a time when few companies are reporting results.

Figure 4: It is usually only this idyllic for a short time in the Yukon winter. The drilling team struggles with extreme conditions.

If further results show that the Blackjack zone continues as hoped, this could finally mean the long-awaited breakthrough for Sitka. Perhaps investors with more patience and perseverance will then come on board. It would be to Sitka and CEO Cor Coe's liking.

5. Goliath Resources (TSXV: GOT; FRA: B4IF) is a particularly powerhouse example of a seasonal project in British Columbia's so-called Golden Triangle. The company is pulling out all the stops for this year's season at Golddigger. The more than CAD 14 million in fresh capital the company raised with ease from investors a few weeks ago is flowing posthaste into 24 kilometers of drilling along the Surebet Zone. Four drills will be active simultaneously. All of the drill holes are testing structurally-bound mineralization that is sandwiched in the mountain and protrudes laterally. Last season, 24 holes were drilled in the upper portion of the Surebet Zone, each of which was a hit. The assay returned a value of 6.29 g/t gold equivalent over an average width of 5.87 meters. A successful step-out hole at the bottom of the structure (Cloud 9) gives hope that mineralization may extend throughout the structure. If confirmed in the current drilling season, GOT would definitely be one of the largest (and fastest growing) new discoveries in British Columbia's Golden Triangle. Either way, we will be hearing a lot more from Goliath Resources (also from us at Goldinvest.de). 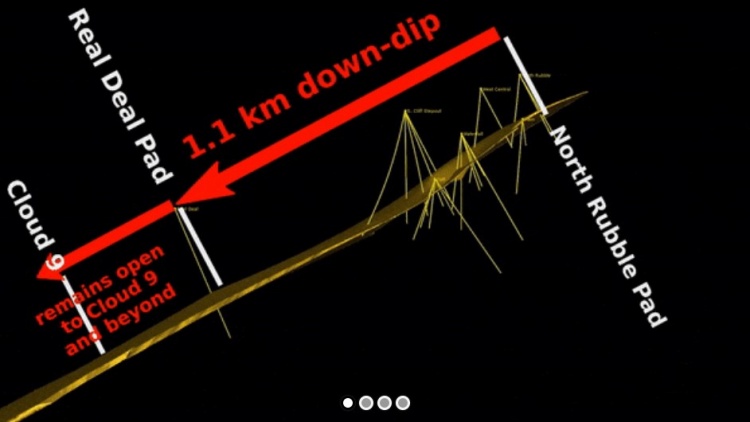 Figure 5: To date, the Surebet Zone has only been drilled at the upper end. 100% of all 24 holes drilled during the initial 2021 campaign, totaling 5332 meters, intersected significant high-grade gold-silver mineralization over a strike length of 1 km and a dip length of 1.1 km.

Let's not close, however, without mentioning lithium explorer SPEY Resources (TSXV: SPEY; FRA: SJ2), which has been affected by seasonality in a very different way. The company has been suspended from trading for a little over six months. However, management is reportedly working on a 43-101 report on a new lithium discovery in Argentina. While SPEY's quotation has been delayed in the past, keep an eye on a mid-May date. In light of the expected results, SPEY could be an extremely interesting trade.