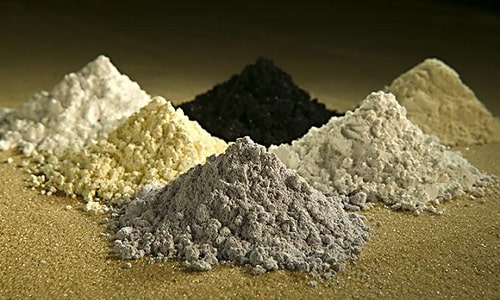 Stephen Wallace, CEO of Searchlight summarized, "Considering the large area covered by the prospect, we are pleased with the quality of the initial results from a limited number of samples. The results validate the concept of using airborne radiometric thorium data as a guide to rare earths and increase the potential of the 6 kilometer rare earths search zone on the north side of Kulyk Lake."

Second exploration campaign underway since Monday of this week

The geologists, now on the project for the second time, have been tasked with systematically taking more samples. They will use mobile metal ion (MMI) sampling to direct exploration for the first time during the exploration. This systematic grid sampling covered three historic uranium and rare earth showings discovered during prospecting in 2010. They are in the middle of the six-kilometer exploration area and are only accessible by canoe, which is why they were not visited during the initial exploration. Historical uranium values here are significantly higher than those measured in the south: for example, historical rock sample JBKJR027 provided a digestion sample with visible radioactive oxides. Analyses returned 6,750 ppm U (0.81% U3O8), 2,280 ppm Th, and 2,025 ppm TREE+Y. Another historic rock sample JBKJR025 with visible Th phosphate. yielded 171,000 ppm Th (17.1%), 350 ppm U, 1,227 ppm TREE+Y. The so-called "Yellow Brick Road", a pegmatite dyke swarm with an exposed strike length of more than 60 meters with anomalous radioactivity values and secondary yellow uranium staining returned 213 ppm U from a 2.3 m trench.

Summary: From its initial ground reconnaissance, Searchlight was able to confirm that Kulyk Lake is a large interconnected system of granitic pegmatites with commercially interesting uranium and especially thorium REE values at surface The uranium results were mixed. The granitic pegmatite ridge ("Hot Ridge") to the south had no economic uranium values except for one location at the extreme southern end of the prospect area. The implication is that further prospecting and sampling will be carried out to the north and south rather than undertaking detailed surveys in the Hot Ridge area. In addition, the 2.5 kilometer gap between the two exploration areas will be closed and explored in detail. Thorium REE values in the northern part of the exploration window are promising. Overall, however, Searchlight is only at the beginning of its exploration. The exploration campaign now underway is intended to provide the basis for drill targets that could possibly be drilled in the winter.