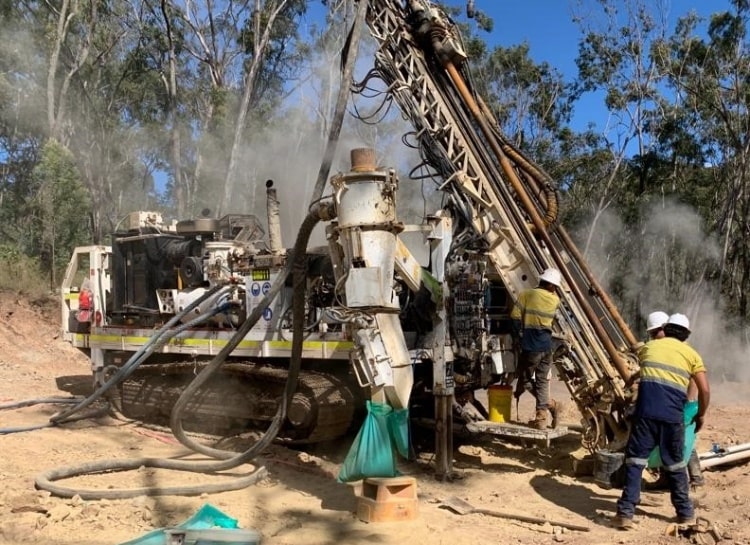 Queensland Gold Hills Corp. (TSX.V:OZAU; OTCQB:MNNFF; FRA:MB3) has completed the first hole of its first drill program at the Big Hill property in the historic Talgai goldfield in Queensland, Australia. The drill rig arrived on site on April 23. Drilling of the first hole began on April 24. It is the first modern exploration at the project since the 19th century. In total, Queensland plans to drill 20 holes using the reverse circulation method for a total length of 2,000 meters.

Blair Way, CEO and Director of Queensland Gold Hills, commented, "All aspects of our 2022 exploration campaign are progressing well and our team has overcome a number of challenges to begin this drill program. It is very exciting to embark on this 2000 meter drill program on the Big Hill gold property and to be the first to deploy modern exploration technologies in these historic gold mining areas. I look forward to providing further updates as the program progresses."

The Big Hill gold property consists of a single exploration permit covering 24 square kilometers and includes two separate mining leases. The permit covers the historic Big Hill, Queenslander, Monte Cristo and Sultan & Taylor mines on the Talgai goldfield. Talgai is one of eight historic goldfields in the broader Warwick Texas district that were active in the late 19th century and include the Canal Creek, Thanes Creek, Leyburn, Palgrave, Pikedale, Lucky Valley, and MacDonald goldfields. Both alluvial and reef mining was conducted at these mines. The Queenslander mine, with total production of 4.1 ounces of gold at an average grade of 50 g/t, is considered to be the first gold mine in the state of Queensland. Historical reports speak of peak grades of up to 4000 g/t. Most production at the historic mines in the Warwick-Texas district occurred from the first discovery in 1864 to the early 1900s. Intermittent minor activity continued throughout the 20th century, with many of the larger historic mines remaining under mining leases, but with limited modern exploration to date.

Desert Gold with Longest and Widest Gold... The recent drilling success at the newly discovered Gourbassi West North area could be a turning point for Des... 180 views Wed, 26 Jan 2022, 15:53:41

Lithium explorer Portofino Resources exp... After an extended period of behind the scenes activity, but limited news, the signs are green for lithium expl... 92 views Tue, 10 May 2022, 15:39:48