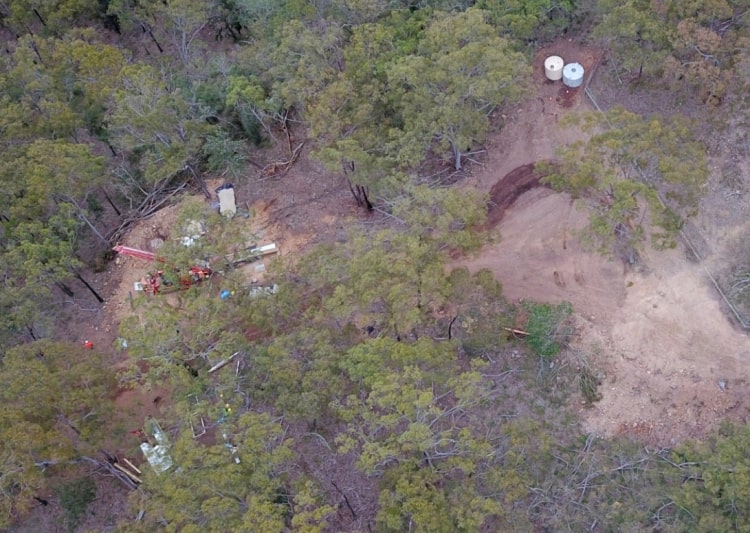 Queensland Gold Hills Corp. (TSX.V: OZAU; OTCQB: MNNFF; FRA: MB3) has completed ten RC drill holes totaling 1,175 meters at the historic Talgai Goldfield in Queensland. This means that the company has already completed more than half of the program initially scheduled for 2,000 meters. Drilling commenced on April 24. Core samples were sent to the Brisbane assay laboratory last week. The drilling program is targeting the historically extremely high-grade so-called "Queenslander Project", which is considered the first gold mine in the state of Queensland. During the mining period at the end of the 19th century, 4.1 ounces of gold at an average grade of 50 g/t were mined there. The goal of the drilling is to determine the source of the gold that was mined.

Queensland Gold Hills CEO and Director Blair Way commented, "We intend to drill nearly 2000 meters in approximately 20 holes to gain a better understanding of the feeds to these historic workings. Initial investigations into this are already underway. We look forward to providing further updates in the coming weeks." 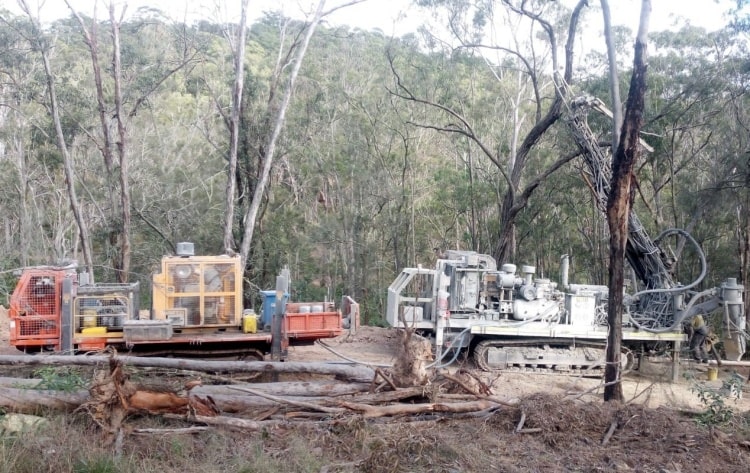 The Big Hill gold property consists of a single exploration permit covering 24 square kilometers and includes two separate mining leases. The permit covers the historic Big Hill, Queenslander, Monte Cristo and Sultan & Taylor mines on the Talgai goldfield. Talgai is one of eight historic goldfields in the broader Warwick Texas district that were active in the late 19th century and include the Canal Creek, Thanes Creek, Leyburn, Palgrave, Pikedale, Lucky Valley, and MacDonald goldfields. These mines have had both alluvial and reef mining operations, with the Queenslander mine standing out as the first gold mine in the state of Queensland with total production of 4.1 ounces of gold at an average grade of 50 g/t, with some early crushing reported up to 4000 g/t. The majority of production at the historic mines in the Warwick Texas district occurred from the first discovery in 1864 to the early 1900s. Smaller-scale activity continued intermittently through the 20th century, with many of the larger historic mines remaining under mining leases, but with limited modern exploration to date.

Risk notice: GOLDINVEST Consulting GmbH offers editors, agencies and companies the possibility to publish comments, analyses and news on http://www.goldinvest.de. These contents serve exclusively the information of the readers and do not represent any kind of call to action, neither explicitly nor implicitly they are to be understood as an assurance of possible price developments. Furthermore, they do not in any way replace individual expert investment advice and do not constitute an offer to sell the stock(s) discussed or a solicitation to buy or sell securities. This is expressly not a financial analysis, but an advertising / journalistic text. Readers who make investment decisions or carry out transactions on the basis of the information provided here do so entirely at their own risk. There is no contractual relationship between the GOLDINVEST Consulting GmbH and its readers or the users of its offers, because our information refers only to the company, but not to the investment decision of the reader.

Early season start for Brixton Metals at... The summer season in far northern British Columbia is open, earlier than ever before. Brixton Metals Corporat... 47 views Tue, 24 May 2022, 15:08:02

Lithium explorer Portofino Resources exp... After an extended period of behind the scenes activity, but limited news, the signs are green for lithium expl... 93 views Tue, 10 May 2022, 15:39:48