Soon, a first USB stick with quantum random number generation should be ready for the market. Market experts estimate that the market for quantum-based security systems will grow to $14 billion in the next 10 years.

In a world where critical software in cars and power plants is updated remotely and 5G networks are setting new standards for communications, the need for secure connectivity is becoming more urgent. The linchpin of modern encryption technology is random number generators that produce random numbers that are as difficult to crack as possible. But this is precisely where an arms race seems to be underway that threatens to make current random number generation methods vulnerable. With the advent of quantum computers and nearly infinite computing power, it turns out that every current method of random number generation is essentially based on pseudorandom number generation that can be attacked.

Quantum random number generation (QRNG) is the answer and represents the next level of cybersecurity as quantum computing takes hold. Montréal-based Quantum eMotion (TSXV: QNC; FRA: 34Q0) is one of the few players in this space and, rarer still, is also publicly traded. QeM's target markets are 5G and IOT applications. We spoke with QNC's CEO, Francis Bellido. Dr. Bellido holds a PhD in natural sciences from the University of Geneva and an MBA with a concentration in finance from the University of Québec in Montreal. He has in-depth knowledge of financial management, extensive operational and leadership experience, and a global business perspective gained from over 30 years of international business in life sciences, healthcare, and finance.

1. Francis, you joined Quantum eMotion as CEO earlier this year. Although you have a science background, QRNG seems far removed from life science. What prompted you to join the company, and what are your goals?

I joined QeM in January 2021, coinciding with the closing of the last financing. My goals are to put QeM on the right track by revamping the overall strategy, especially by shortening time to market, strengthening intellectual property, developing alliances with strategists, attracting talent to the company, renewing the board of directors, and improving the financial situation.

2. Can you tell us a little about the history of the company? Where was the technology developed?

The technology was invented by Pro. Bertrand Reulet of the University of Sherbrooke and developed in collaboration with ETS, École des Technologies Supérieures in Canada. 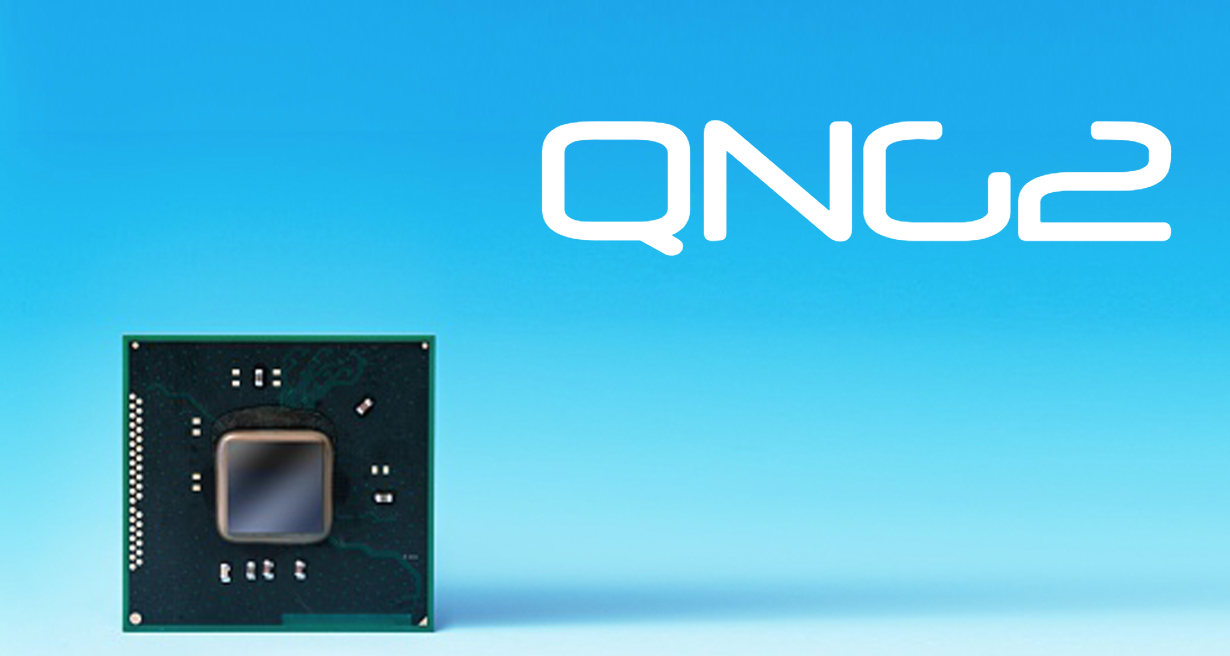 Figur: QNG2 is the first Quantum Random Number Generator in the market the size of an integrated circuit. It’s small enough to be used in consumer electronics, while still being more powerful than any other product out there.

3. There are already a handful of players in QRNG, most of them still in the academic stage. How is QNC different from others? What is the USP of the technology?

Our cryptographic solution is based on electron quantum tunneling. Most competitors focus on photon-based solutions (see ID Quantique). What sets us apart is the ability to estimate the entropy of true randomness (self-test) and generate such randomness at high rates. QeM has strong IP and already has four patents granted in the US.

QeM is favored for its high performance and versatility of applications. The technology features very small footprint and very low power consumption. We achieve an extremely high speed of (>1 Gb/s). In addition, our solution can be easily combined with other microelectronic components.

Another advantage is the high scalability and robustness in production. The reliability under all conditions, such as fluctuating temperature, noise and microwave interference is unmatched.

The competitive economic advantage lies in the low-cost production, which makes our solution affordable.

4. There is a lot of talk about quantum computing right now, but it doesn't seem imminent. How do you think the market will develop and in what time frame?

According to the IQT research report, "Quantum Random Number Generators a Ten-year Market Assessment," the market will become a $14 billion market by 2030.

5. QNC is beyond the prototype stage and is currently working on a commercial device. What can you tell us about that?

We are developing a portable QRNG USB type that provides easy-to-use but strong hardware protection for any number of IT systems and online services and is a portable hardware security module.

6. what do you think are the main application areas for QNC technology? What could be the first point of market entry?

I see three main areas at the moment: USB keys, communication over the Internet, and PCI Express cards for data centers and blockchain application.

7. QNC is one of the very few companies listed on the stock exchange. What advantages or disadvantages does this have for the company at this stage? How is the company currently financed? And is Canada even the right place for a listing or shouldn't it rather be the USA?

The advantages for us are obvious: The stock exchange gives us access to the capital market and could also facilitate M&A transactions in the future. But of course, a stock market listing also has its price. We have to deal with the impatience of the public market and are subject to strict supervision with regard to our disclosures.

8. Like any new technology, it can be used for good and for bad. I wouldn't be surprised if this was on the intelligence community's radar, because there is a risk of states losing control. Is there already a debate about regulation?

Actually, there is currently a debate in the U.S. Congress on this issue. The outcome is not known at this stage.

9. The Internet of Things is on the verge of a breakthrough. What role could QRNG play here and where do you see the technical challenges?

We believe QRNGs will play a critical role in securing IoT devices, and we can see that this is already a top priority for many manufacturers. What is certain is that the market is demanding miniaturization of the technology.

Our second product, a CMOS, meets exactly these specifications. A CMOS chip embedded in QRNG (or other semiconductors such as southbridge or super I/O chips) can provide the reliability, speed and scalability required. Our technology is characterized precisely by its miniaturizability as well as its very low power consumption. In addition, as I said, there is the ease of integration with other OEM components and cost-effective high-volume production. We are convinced that with this development, Quantum eMotion is creating something that is precisely tailored to the needs of mobile 5G and IOT applications.

10. If you were to give an outlook for the company by the end of the year for the next one to two years. Where do you see QNC going?

I can be brief on that. Best case scenario, we see an M&A transaction and an exit for our shareholders.

Bottom line, QeM is the only publicly traded QRNG company in North America, possibly the world. All other known competitors are private. QeM's share price has already increased roughly fivefold since Francis Bellido was appointed CEO earlier this year. Nevertheless, the valuation is still not astronomical at around CAD 23 million. It could be related to the fact that few investors would expect such innovation from a publicly traded company from Canada. Compared to U.S. stocks in the cybersecurity space, QeM is downright dwarfed.

Here are some cybersecurity stocks, even if they are software-based security solutions: Fortinet (FTNT) has a market cap of $44 billion, CrowdStrike Holdings (CRWD) brings it to a $50 billion valuation; Proofpoint (PFPT) is at $10 billion, Mimecast (MIME) is at about $3.5 billion, Zscaler (ZS) is at $31 billion and Palo Alto Networks (PANW) is at $38 billion market cap. We would be surprised if any of these companies own a hardware solution for QRNG, if only because the QRNG approach comes from physics and is not software-based. Will any of these companies be interested in QRNG in the future? We don't know. But for sure, smartphone manufacturers will have to address the issue.

If the U.S. market discovers the topic, real fantasy could come into the stock, and even more so if a big name were to come into play. We will follow QeM's next steps closely and report further here.