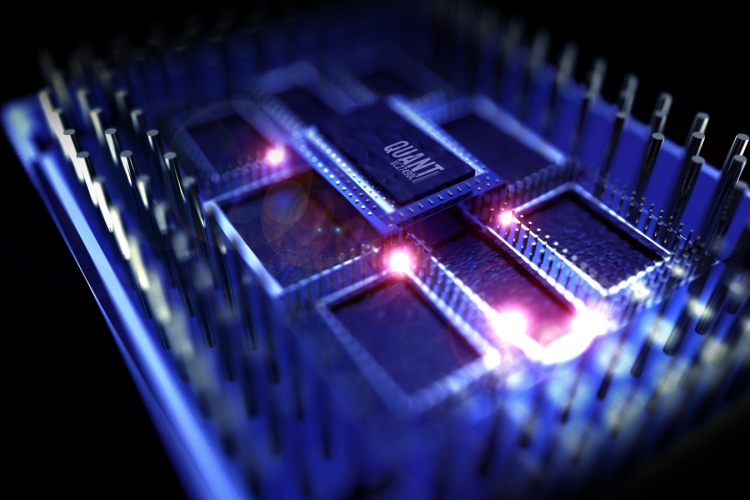 Roughly speaking, there are two paths to secure QNG. American corporations in particular are pursuing a software-based path for "post-quantum" cybersecurity." Quantum e-Motion, on the other hand, favors a hardware solution and has announced it will come out with a simple USB stick later this year that can be integrated into existing systems as a plug-and-play solution. This alone puts Quantum e-Motion an important step ahead of its competitors. However, Quantum e-Motion's real unique selling point is that it relies on the random distribution of electrons for QNG. In competing approaches for hardware-based QNG, photons form the basis. The advantage of the electron-based solution is that no complex design is required, because where electricity flows, electrons move. Photon QNG, on the other hand, requires miniaturized lasers and a more complex architecture.

On top of that, Quantum e-Motion is the only publicly traded company in the fledgling sector -so it's a real unicorn, though far from it in terms of valuation. This currently stands at CAD34 million (at CAD0.31), which is peanuts compared to the US cybersecurity specialists.

Forbes magazine and the Toronto-based National Post recently reported on Quantum e-Motion and its innovative approach. In a statement released in response, Quantum CEO Francis Bellido went on record with something noteworthy: "This article in today's National Post comes just as the company is entering a very exciting phase as it completes development of its first product, files a new patent, and prepares new significant applications for blockchain and quantum communications."

While the USB stick is already expected by investors, the reference to blockchain is new. While the Quantum e-Motion CEO leaves it at hints, one can very well imagine the smart combination of QNG and Blockchain. In the follow-up discussion, Bellido at least hints at the direction it could take: the challenge of blockchain is the immense energy consumption. This, he says, goes so far as to make blockchain security a direct function of investing energy. This is exactly where a quantum-based QNG system could help curb Blockchain's energy hunger. Blockchain motherboards could be equipped with Quantum e-Motion hardware. This would be a huge growth area and a huge lever for the technology.

It's still too early to tell where Quantum e-Motion is headed. But the example of blockchain makes it clear what enormous potential there is in the technology. As is often the case with technology pioneers, the associated killer application is only found later. After all, this was also the case with the most successful invention of all: the engine and the automobile. Perhaps QNG and blockchain will one day become an equally successful team in our digital world. In any case, we will continue to observe Quantum e-Motion.