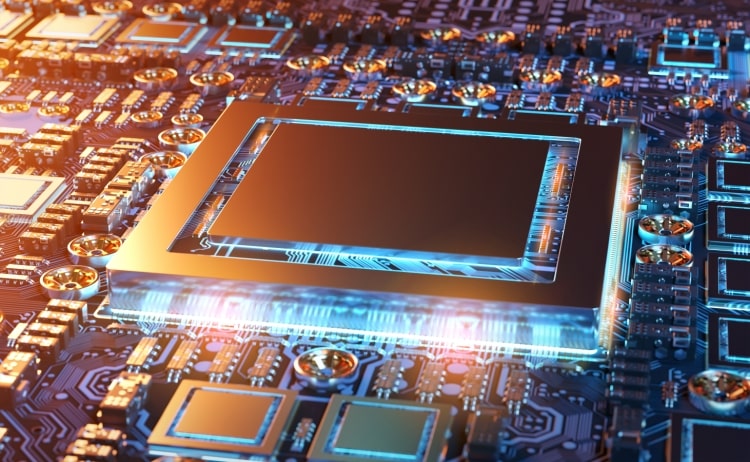 This thesis is put forward by Professor Dr. Dr. Michael Lauster in his extremely illuminating guest article at FAZ Digitech. under the headline "Wehrtechnik ist Spitzentechnik: Warum wir an intelligenten Kampfsystemen arbeiten müssen, was Künstliche Intelligenz und Quantencomputer damit zu haben - und was Länder wie Russland schon können". (Defense technology is cutting-edge technology: Why we need to work on intelligent combat systems, what artificial intelligence and quantum computers have to do with it - and what countries like Russia can already do ) Lauster has been director of the Fraunhofer Institute for Scientific and Technological Trend Analysis INT in Euskirchen since 2012 and holds the Chair of Technology Analysis and Foresight in Security Research at RWTH Aachen University.

Lauster recalls that in war, protecting mission-critical information from spying has always been one of the most important military tasks. This is all the more true in a digitalized, extensively networked battlefield, where data worthy of protection is made available at many points. The task, he says, is to protect broadband data channels in such a way that they are inaccessible to the enemy and, ideally, also indicate spying attempts.

Lauster believes that this is exactly what it will be able to do. Quantum technology, he says, is used to exchange the keys, which are encoded by the polarization direction of individual photons. He explains the process as follows: "In this process, the transmitter generates randomly polarized photons whose polarization direction only it knows. The receiver measures the polarization and then exchanges information with the transmitter about its measurement result. With a sufficiently large number of photons, there should be a purely statistical ratio of about 50 percent agreement between the transmitter and receiver - an eavesdropping attempt significantly disturbs this ratio and thus gives itself away. With the help of a successfully transmitted key, the information is then conventionally encrypted and sent. Here, too, in addition to theoretical knowledge, the practical ability to develop and manufacture reliable, long-range single-photon sources is one of the essential prerequisites for technology sovereignty."

Just as important as protecting one's own information, he said, is the ability to gain access to an adversary's data. One tool for this could be a functional quantum computer with a sufficient number of Q bits. At the same time, however, the successful development of the quantum computer would force research into new, "post-quantum cryptographic" methods, which are already being worked on today.

One company that is already well advanced in this direction is Montreal-based Quantum e-Motion (TSXV: QNC; FRA: 34Q0). Quantum e-Motion says it is close to launching hardware in the form of a portable QRNG USB stick. Unlike the photon technology described by Prof. Lauster, Quantum e-Motion's technology uses quantum effects at the level of electrons. The complex generation of light or laser beams can be dispensed with.

CEO Francis Bellido stated in an interview earlier this year (before the war broke out) that his company would soon present a prototype: "We are working with Syntronic Research and Development Canada Inc, an engineering firm that specializes in different types of products. We are in the process of finalizing and testing the product. We expect the first working product within a month, and after that we have to go through a certification process."

Bellido has not been able to meet the announced one-month window. But that hasn't stopped the company's stock from doubling since the war in Ukraine began. The market is apparently betting that the prototype will be unveiled shortly. Already the peaceful applications are a potential game-changer for cybersecurity - but unfortunately, in the current climate, it's probably foreseeable that the military will also be interested in the technology. We're staying on top of the story - sadly.

Disclaimer: GOLDINVEST Consulting GmbH offers editors, agencies and companies the possibility to publish comments, analyses and news on www.goldinvest.de. These contents serve exclusively the information of the readers and do not represent any kind of call to action, neither explicitly nor implicitly they are to be understood as an assurance of possible price developments. Furthermore, they in no way replace an individual expert investment advice, it is rather promotional / journalistic texts. Readers who make investment decisions or carry out transactions on the basis of the information provided here do so entirely at their own risk. The acquisition of securities involves high risks, which can lead to the total loss of the invested capital. The GOLDINVEST Consulting GmbH and its authors exclude any liability for financial losses or the contentwise warranty for topicality, correctness, adequacy and completeness of the articles offered here expressly. Please also note our terms of use.