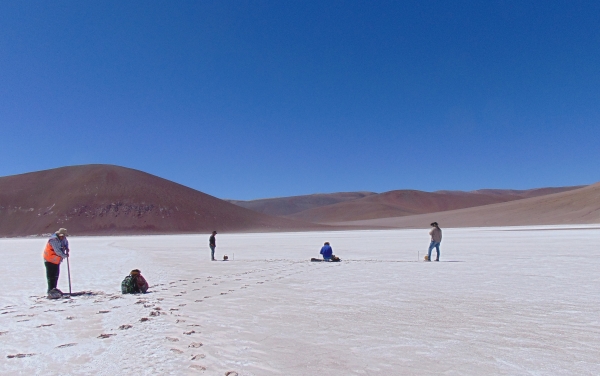 We've known since the weekend that Zijin Mining Group Co. (SSE: 601899)'s CAD960 million cash bid was the winning bid to acquire Neo Lithium Corp. (TSXV: NLC). By now, at the latest, you should be wondering what makes Neo Lithium's 3Q project in Argentina's Lithium Triangle so valuable, and what other projects are nearby. We like to cut the search short: Just 15 kilometers from Neo Lithium is the Aparejos Salar, itself part of the 2,932-hectare Yergo project. Small Canadian explorer Portofino Resources Inc. (TSXV:POR;FRA:POTA) has the right to earn a 100% interest in the Yergo project, which encompasses the entire Aparejos Salar.

There is a strong case that the Aparejos Salar has undergone similar geological lithium and potassium enrichment as Neo Lithium's neighboring project due to the same climatic conditions and its local geology. Finally, the 3Q and Yergo projects are located within the same volcanic formation. Most likely, the mineralization processes and lithium source rocks are closely related.

It is perfectly timed that just this week Portofino is sending its Argentine field crew to the Yergo lithium project to prepare a drill program. Portofino's technical team has already identified four priority targets and signed a drill contract. The drill holes will test for the first time the volume and lithium content of brines and sediments within specific zones in the Aparejos Salar sub-basin.

A 2021 geophysical survey and surface geochemical sampling program identified two large, anomalous sub-basins in the Aparejos Salar (NR-6 April 2021). Assay and sampling results confirmed the presence of lithium-rich brines and the potential volume of brines in the project. The initial drill program will focus on the eastern sub-basin, which has an irregular surface expression ranging from 1,800 metres to 2,500 metres long and approximately 700 metres wide, with a modeled depth of 44 to 65 metres. Surface sampling results previously returned values up to 373 mg/l lithium with minor trapped impurities.

Summary: Portofino's stock responded to its neighbor's acquisition with a 25% gain. However, yesterday's Tuesday turnover was still modest at just around $140,000 CAD. The company's stock market value is a similarly modest CAD 8.2 million at a price of CAD 0.10. Investors should ask themselves what is likely to happen if the results of the upcoming drill holes deliver results comparable to those of Neo Lithium. One can also ask: What will Neo Lithium's investors do with their profits? It is quite possible that one or the other will put their money once again into a lithium salar - even more so if it turns out that this salar is closely linked to the 3Q project not only in terms of space but also in terms of its lithium deposits. Currently, Portofino is closing a small CAD 500,000 financing. The placement is at CAD0.08 and should close shortly given the current development. In addition, approximately 19 million warrants are currently issued at between CAD0.05 and CAD0.15. If all warrants were exercised, another CAD 1.75 million would be added to the treasury. We look forward to the news from Yergo and will be happy to hold it in front of Neo Lithium's slide in the future.