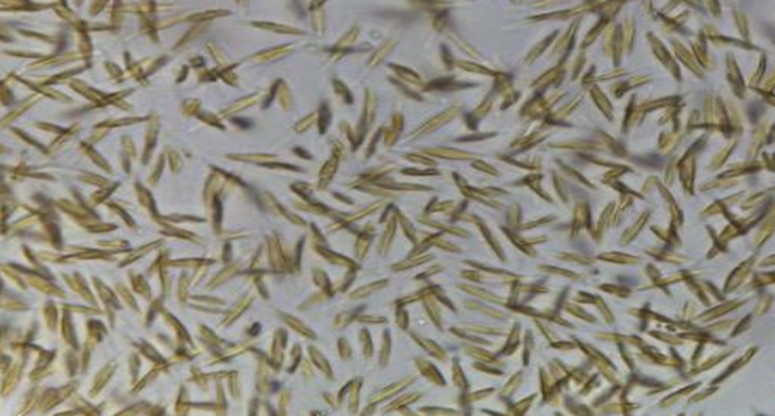 Very interesting news from Pond Technologies (TSXV POND / WKN A2JDJM): the company, which develops sustainable solutions for climate change and food challenges, among others, surprisingly reports a cooperation with a major oil sands producer from Canada, which is a Fortune 500 company! The goal is to develop COVID-19 antigens from a unique algae strain to be used for rapid testing.

The collaboration will also have a direct financial benefit for Pond, with milestone payments and success fees of $1 million CAD agreed over the next eight months. $150,000 will be due upon signing the agreement, with the remainder due upon achieving various production and quality targets!

The agreement is aimed at developing commercial production capacity for the COVID-19 antigens used in rapid diagnostic tests, and Pond is already working to enter into a commercial supply agreement with a producer of such test kits using the recombinant proteins or antigens that Pond is producing. As part of the agreement, the company also expects to sell commercial deals for the sale of antigens and/or antibodies from genetically modified algae, thereby generating additional revenue.

According to Pond, the use of microalgae to produce medical therapeutics is expected to have significant, technical advantages over conventional methods. These use genetically modified yeast, bacteria or mammalian cell lines. Algae can be genetically modified just as easily, but can produce significantly larger quantities of the molecules sought. In addition, Pond said, microalgae provide a significantly superior product. Indeed, because E. coli bacteria and yeasts are less evolved organisms than algae, they cannot reliably produce the complex human proteins.

Nigel deGruyther, vice president of Pond Biotech, is understandably excited and sees the deal with the Fortune 500 company as a "significant milestone" for Pond. He says that with this landmark agreement, they have demonstrated that they are capable of producing commercially relevant proteins for clinical use. Mr. deGruyther further explained that they will build on this to develop a platform to produce recombinant proteins for both diagnostic and therapeutic purposes.

Bottom line: the collaboration with a major North American oil and gas producer represents an endorsement of Pond's technology by one of Canada's largest companies - and a major success for the company's biotech division. There is a possibility, says Pond's CEO Grant Smith, that this success will spill over into discussions it is having with other companies operating internationally. So we hope to see more announcements on revenue-generating deals from this area in the future. We will report!

Conico profits from the spectacular PGE ... Anyone who has doubted whether discoveries will still be rewarded by the market in view of weak stock mark... 256 views Mon, 16 May 2022, 12:49:37

Lithium explorer Portofino Resources exp... After an extended period of behind the scenes activity, but limited news, the signs are green for lithium expl... 89 views Tue, 10 May 2022, 15:39:48