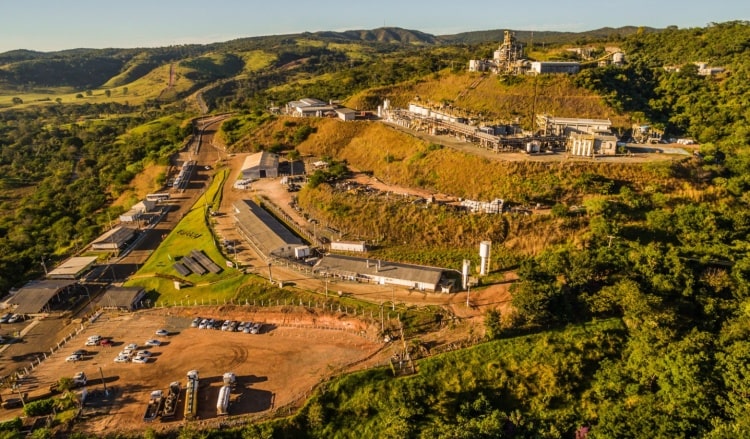 Private gold producer Pilar Gold has not yet revealed its intentions to go public. However, the company is now presenting concrete plans on how it intends to increase its existing gold production in the state of Goiás in Brazil from 45,000 ounces per year today to 125,000 ounces per year in the next two years. The linchpin of this is the producing Pilar Mine with its 4,500 tons per day capacity, which Pilar bought from Equinox in April 2021 for $38 million. Equinox now has a 5 percent stake in Pilar. Producing >100,000 ounces of gold would not only give Pilar a spectacular turnaround of what Equinox considers a marginal Pilar asset. Pilar would automatically join the elite club of larger gold producers, which would then predestine the company for an IPO.

The way Pilar plans to achieve its goals differs from the path of most competitors. Pilar does not need a new or larger mill for its expansion and is thus largely protected from the CAPEX inflation that currently plagues the industry. Rather, the company simply wants to process higher-grade ore with higher gold grades from satellite deposits at the centrally located Pilar processing plant. In this way, average grades are expected to increase from today's 1 g/t gold to 2 g/t in 2022-2023 and as high as 2.8 g/t in 2023-2024 - with comparatively modest capital expenditures.

Apparently, Pilar has managed to improve productivity at the Pilar mine since the acquisition. CEO Jeremy Gray proudly announces this in his latest shareholder letter. According to the letter, the Pilar operation in Brazil had its best month in three years, with a daily average of 138 ounces in the first 26 days of June, compared to the January-May average of 112 ounces. Production was in line with June 2019 and comparable to the four-year record of 162 ounces per day in September 2018. Had there not been a scheduled shutdown in the last 4 days of the month to reline the ball mill, Pilar would have achieved an annualized rate of 50,000 ounces in June. When asked, Gray confirmed that the company achieved positive EBITDA last month.

Figure 1: The Pilar Gold Mine is the centerpiece for Pilar Gold's expansion plans. 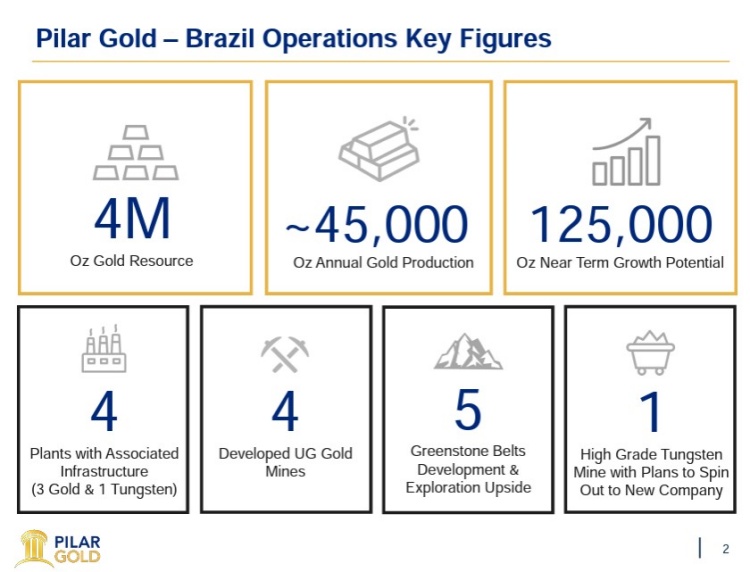 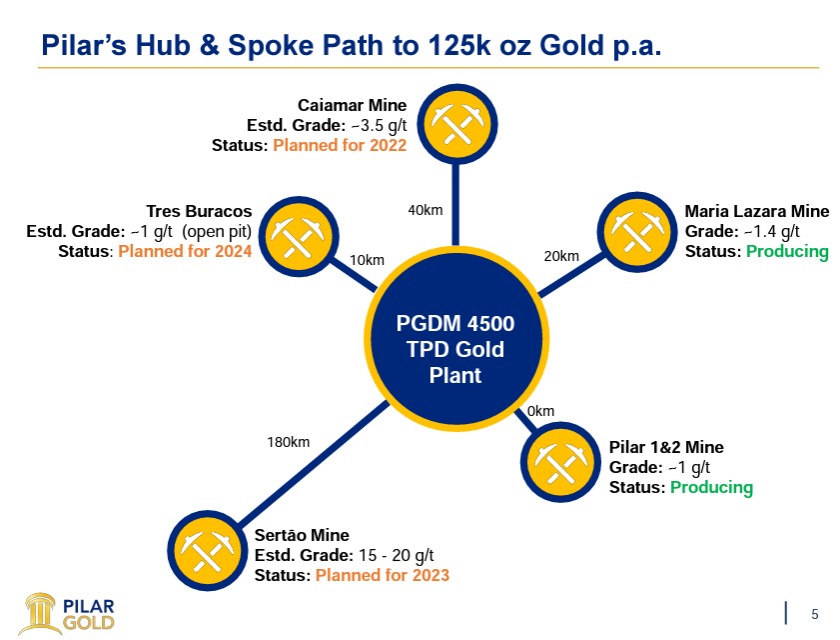 Figure 3: Pilar calls its strategy an "axle with spokes." In addition to the Pilar and Maria Lazara mines, which are already producing today, the Caiamar Mine, with grades of 3.5 g/t, is scheduled to be added to production next year, and finally the "crown jewel" Sertão, with high average grades of 15 to 20 g/t, in 2023. Sertão is located 180 km from Pilar. However, the distance would be more than compensated by the high ore grades. 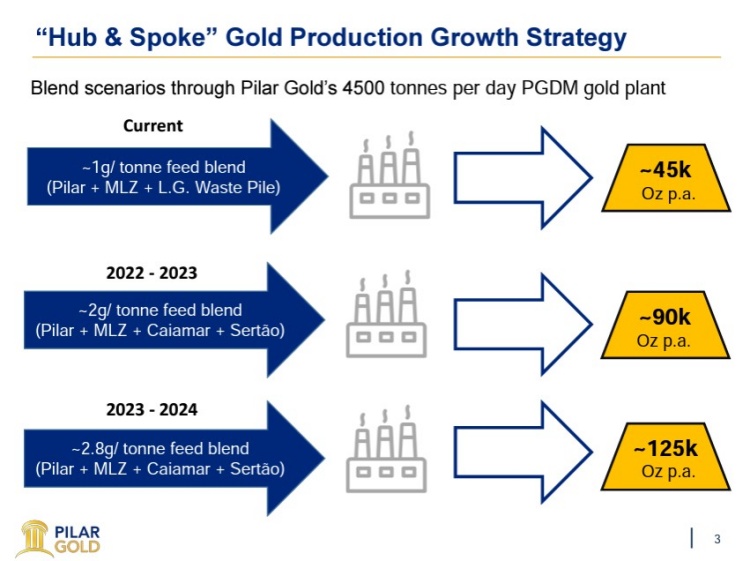 At the moment, the company says it is focused on recommissioning Caiamar, which is expected to deliver a grade of 3.5 g/t. In parallel, exploration is underway at the Sertão project, which reports spectacularly high gold grades of several ounces with nice regularity. However, a resource does not yet exist. Therefore, Pilar could not afford to make statements on a future average grade or even on the mine's life as a listed company. Nevertheless, drilling indicates that Sertão's previous operator, Troy Resources, left a lot of gold behind when it closed the mine in 2006 after producing 260,000 ounces at an open pit grade of 29 g/t in just three years. Currently, Pilar is awaiting several drill results from the Sertão lab and promises another update in mid-July.

New round of financing begins

Following the successful 70-cent financing round earlier this year, Pilar is currently launching a $1.00 round with a full warrant $1.50 per share. This values the company at C$207 million, with the funds raised expected to go to Caiamar and Sertão.

Summary: Pilar Gold's founders come from a financial background. Pilar is the first producing mining company that they run themselves. Accordingly, there was initially a great deal of scespis as to how Pilar Gold would perform operationally over the long term. It appears that management has managed to assemble a well-functioning team in Brazil that can handle the day-to-day production challenges. Stable production at Pilar provides the backbone for future growth. Without the infrastructure acquired from Equinox, it would be extremely cumbersome to bring the surrounding assets each into production on their own. In the case of Caiamar, production would not be significant enough in its own right in the eyes of the market, and in the case of Sertão, investors could wait to see when the CAPEX trap hits on the required financing. As it is, however, Pilar has the rare opportunity - for gold companies - of largely cash-flow driven growth. If the satellite strategy works out, and Sertão in particular proves to be the company-maker it appears to be as things stand, Pilar will have done everything right. The whole is more than its parts. We are keeping our fingers crossed for Pilar and look forward - hopefully in a better gold market - to the IPO.