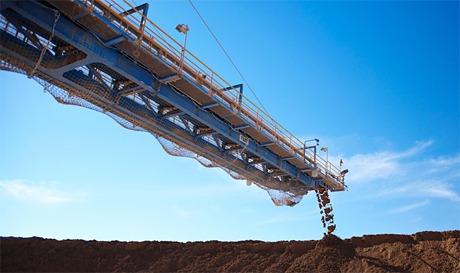 The survey included 37 linear kilometers of pole-dipole IP measurements distributed along five east-west lines, each 5 to 7 km long. The lines were not evenly spaced and did not form a regular grid because they were designed as a preliminary test of a series of separate geologic, geochemical, and magnetic anomalies. At Buenavista, the anomalies define an area of interest well in excess of 1 km x 1 km, starting at shallow depth and extending to a depth of 600 m. The anomalies are not a regular grid. This confirms Buenavista as a priority drill target, with planning underway for a possible start of the drill program in Q4 2022, during the Southern Hemisphere spring.

Separate IP lines running 750 m to the north and 1.5 km to the south show continuity of chargeability anomalies, suggesting that the overall size of the discovered sulphide systems is significant. 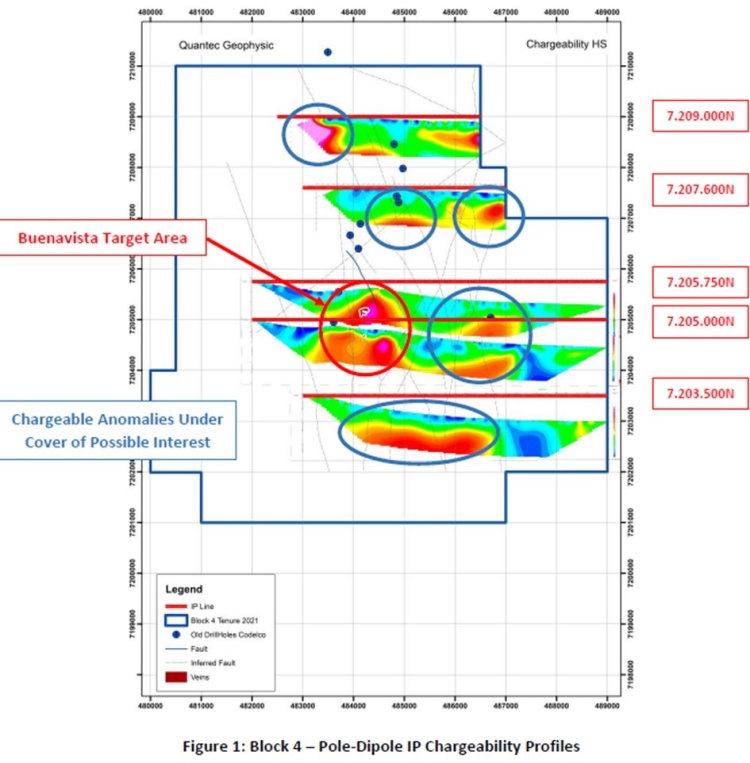 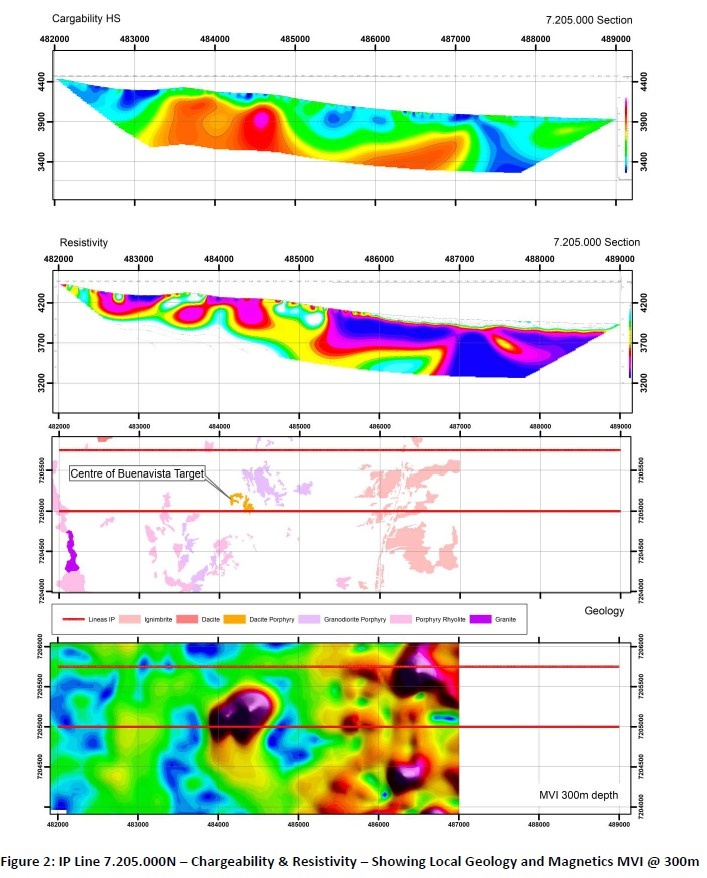 The prospecting program at Buenavista revealed remnants of coarse chalcopyrite intercalation from a skarn-like system on the eastern edge of the stockwork zone, and green and black copper oxide mineralization from in situ oxidation of chalcopyrite-pyrite mineralization in a quartz-sulfide breccia on the western flank of the stockwork. Gold anomalies are also associated with the latter area.

Concurrent ground geochemical and pole-dipole geophysical surveys were initiated in May 2022 and focused on the Buenavista target. IP results are posted here, and field sampling for the soil survey, totaling approximately 2,500 samples, is approximately 50% complete, with all assay results pending. Soil sample results will be published in due course.

Conclusion: The special geology of the Andes has made Chile the leading copper producer in the world. The copper wealth is due in particular to the large porphyry deposits - the most famous: La Escondida. The largest deposits are now half a century old and older. From the perspective of today's geologists, they were easy targets because the mineralization could be seen on the surface. Pampa Metals, on the other hand, is doing modern copper exploration 2.0 in Chile. The company specializes in porphyry deposits that are barely visible from the surface, or have no signature at all because they are covered by debris. IP surveys are therefore the tool of choice. The Buenavista drill target, now confirmed, is located in the porphyry copper belt in northern Chile, about 110 km south of La Escondida. In the meantime, the data situation is sufficient for initial drill holes. These drill holes will determine how significant the suspected porphyry deposit at Buenavista is. We keep our fingers crossed for Pampa.

Disclaimer: GOLDINVEST Consulting GmbH offers editors, agencies and companies the possibility to publish comments, analyses and news on http://www.goldinvest.de. These contents serve exclusively the information of the readers and do not represent any kind of call to action, neither explicitly nor implicitly they are to be understood as an assurance of possible price developments. Furthermore, they do not in any way replace individual expert investment advice and do not constitute an offer to sell the stock(s) discussed or a solicitation to buy or sell securities. This is expressly not a financial analysis, but an advertising / journalistic text.