P2 Gold: The founding team of Pretium Resources wants to do it again

Ovsenek, a member of the Professional Engineers and Geoscientists of British Columbia, had joined Pretium in 2010 after 15 successful years at Silver Standard (now also a NADSAQ stock; SSR Mining (NASDAQ/TSX:SSRM ) on the occasion of its IPO (one of the larger IPOs on the TSX, by the way, with CAD 283 million in volume) and subsequently, against all odds, brought the high-grade Brucejack Mine in British Columbia's Golden Triangle from discovery stage to production in just eight years. Ovsenek had been Pretium's CEO since 2017. In April 2020, after nine successful years, he returned to his passion: finding and developing new mining projects. Which brings us to P2 Gold - his current vehicle.

Figure 1: Nowadays, Joe Ovsenek wears his hair a little shorter. But he remains unmistakable as a guy once you meet him.

From Pretium, Ovsenek has brought a reliable posse with him to P2 Gold. On board are Ken McNaughton chief exploration officer; Michelle Romero executive vice president; and Grant Bond, CFO. Management and Board together hold 30 percent of the shares.

With such a team and track record behind you, you don't start from scratch!

P2 Gold's focus is on Nevada and, again as with Pretium, the Golden Triangle in British Columbia. The mix of projects is finely balanced between those at advanced stages and some at early stages. The flagship project is the recently acquired Gabbs Gold-Copper Project in Nevada, with an inferred mineral resource of 1.84 million gold equivalent ounces and significant expansion potential. In addition, there is a portfolio of grassroots exploration projects in northwestern British Columbia (Golden Triangle) and southeastern Oregon.

Figure 2: P2 Gold recently acquired the Gabbs Project from the portfolio of private equity investor Waterton Global Resource Management. The deal was renegotiated in favor of P2 Gold and now calls for P2 Gold to pay $5 million over a 12-month period, with only $1 million upfront. In addition, the seller will receive 15 million shares of P2 Gold and an additional $5 million upon completion of a preliminary economic feasibility study within 2 years of closing. The Gabbs deal has made Waterton, through its vehicle Borealis, the second largest shareholder after the board and management, with 25 percent of the shares.

P2 Gold completed a C$5.9 million financing at C$0.50 on May 19, 2021. The two-year warrant issued in connection with this placement has an exercise price of CAD 0.85. Since that time, the Company has raised an additional C$1.75 million through the issuance of tax-advantaged flow-through shares. These flow-through shares were issued at C$0.60 and also have a two-year warrant at C$0.85. The Company is thus in a strong financial position in time for the start of the drilling season.

At Gabbs in Nevada, the primary focus will be to upgrade the historic 1.84 million ounce gold equivalent resource in quality and scale. Geologists read significant potential for improvement from the technical report released March 11 on sedar.com. Re-drilling known zones of mineralization, reducing drill spacing, and drilling to the full depth of mineralization and assaying for all elements could significantly increase the resource. On top of this, the origin of the three adjacent orebodies that together define Gabbs has not yet been discovered. One geological hypothesis suggests that all known zones may be fed by the same underlying porphyry system. Should this source be discovered at depth, it would obviously multiply the potential of Gabbs.

For now, P2 Gold is following a conservative four-year plan for Gabbs: A new mineral resource estimate should be available by mid-2022; With infill and extension drilling of the mineral resource (2022); A PEA is planned for completion in the first half of 2023; Then, in the second half of 2025, the feasibility study should be in place.

Figure 3: When listing the historical resource estimate for Gabbs, it is noticeable that copper from the oxide part of the deposit (first row) does not appear to have been included in the calculation of the gold equivalent data. This would need to be considered in a new resource estimate.

BAM project near Galore Creek could spring a surprise

Gabbs gives P2 Gold's project portfolio a solid base. Institutional investors in particular like the prospect of a resource play with predictably growing reserves. Joe Ovsenek has put together P2 Gold's portfolio the way a good chef puts together a refined menu: Gabbs takes care of the size of the portion so that everyone will be satisfied. The spice, on the other hand, is provided by the exploration projects and especially the BAM project in British Columbia, which has a particularly high degree of spiciness in culinary terms. 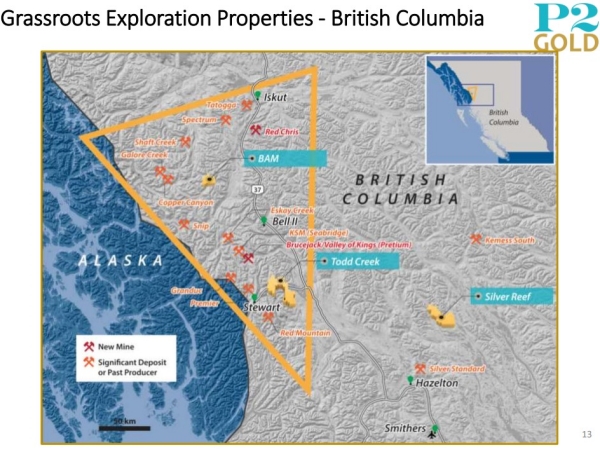 Figure 4: The three grassroots projects BAM, Todd Creek and Silver Reef are located in or near the Golden Triangle of British Columbia. Joe Ovsenek is particularly interested in BAM. The exploration history at BAM dates back to the 1960s. However, since the road to neighboring Galore Creek (Teck and Newmont) passes by the project, the omens for discovery have changed. Ovsenek is familiar with the area from his Pretium days.

Figure 5: The enlarged map section nicely shows the road that leads to Galore Creek. Despite almost 60 years of exploration history, little drilling has ever been done on BAM!

The exploration history of BAM goes back to the 1960s. Even then, the JAN copper zone was discovered. Then in the mid-1980s, Radcliffe Resources discovered quartz veins with grades up to 212 grams per tonne gold in grab samples. Further prospecting by Chevron Canada Resources Limited returned up to 7.4 grams per tonne gold over 19.3 metres. Soil and stream sediment sampling programs defined a 3 kilometer long and 500 metre wide corridor of strongly anomalous gold-silver soil geochemistry. A significant number of gold values in soils greater than 0.5 grams per tonne gold, with a maximum value of 2.76 grams per tonne gold.

Already last year, BAM was extensively surveyed using modern geophysical and geochemical methods. As a result, P2 Gold has over 500 line kilometers of geophysical data. Another 15 line kilometers of geophysical measurements were made on the ground. In addition, approximately 1,100 geochemical samples were collected over an area of 2 km x 4.8 km. Sixteen samples returned grades greater than 500 ppb (0.50 g/t) gold, with the highest grade sample grading 5,730 ppb (5.73 g/t) gold. If that's not a recommendation for upcoming drilling!

Thanks to these preliminary assays, BAM is ripe to be drilled for the first time ever this season. This should really be something for gourmets. 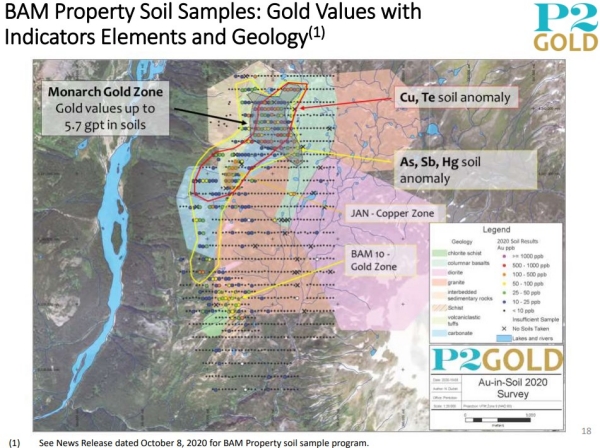 Figure 6: Of particular interest to the 2020 surveys is the Monarch Gold Zone on BAM. At depth, geologists suspect a porphyritic intrusion below that is the same age as those on Galore Creek.

Bottom line: a restaurant review of P2 Gold would have to emphasize the balanced composition of the menu. The Gabbs copper-gold project in Nevada provides the carbohydrates to fill you up and should satisfy institutional restaurant-goer (investor) expectations as resources increase and the PEA is planned. On the other hand, the interspersed grassroots projects, including most notably the BAM project on the road to Galore Creek, provide the spicy touch. Best of all, Chef Joe Ovsenek will be pre-cooking his dishes live in the coming months, and we'll be happy to watch him do it. If we could make one request of the kitchen: we like it spicy! Goldinvest.de will serve the dishes from the kitchen of P2 Gold hot in any case.