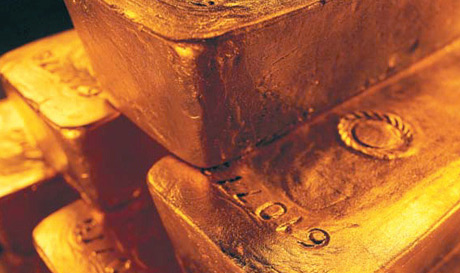 The first, positive impressions are confirmed: In early September P2 Gold (WKN A2QCBZ / TSXV PGLD) had reported strong drill results from its gold and copper project Gabbs in Nevada, which are now being reinforced!

As the Company just announced, the last two diamond core drill holes (GBD-003 and 004) of the first drilling phase in the Walker-Lane trend of Nevada have proven gold and copper over impressive widths. P2 Gold had with both holes tested for an extension of mineralization that had been discovered with the first diamond drill hole at Gabbs.

And with both holes, they encountered higher-grade gold and copper mineralization near surface like that discovered in historic Sullivan Zone drilling. As P2 CEO Joe Ovsenek - former CEO of gold producer Pretium Resources, by the way - explained, the results exceeded management's expectations both in terms of the thickness of the mineralized intervals and their metal grades, just as they did with the first Gabbs drill hole!

Ovsenek also sees these results as confirmation of the company's theory that historical drilling under-reported the thickness and grades of gold and copper mineralization at Gabbs. P2 Gold has now completed a program of reverse circulation drilling to build on the results of the diamond core drill holes.

The new drill holes returned, among others:

P2 Gold has now proven oxide gold mineralization - easier to process generally speaking - to a depth of 120 meters in GBD-003, while GBD-004 has oxide gold ore over its entire length. The Company had recently completed metallurgical testing, confirming that the gold and copper mineralization was producing comparatively high recoveries using both heap leaching and conventional milling methods.

Conclusion: P2 Gold has made a very good start with its four diamond core holes at Gabbs, demonstrating significant gold and copper mineralization. The Company's experts were on the right track when they hypothesized - now confirmed - that historical drilling had understated the thickness and grades of the mineralization. In addition, many historical samples were not assayed for copper and the oxide copper is not yet included in the existing resource of 1.84 million gold equivalent ounces. Accordingly, there is a significant opportunity here to increase the contained gold equivalent ounces.

Apart from this, P2 Gold has just completed 27 reverse circulation holes totaling 4,120 meters at Gabbs, which are now being analyzed in the laboratory. The results should be received in the foreseeable future, depending on lab workload, and then released, so there is further room for excitement. We will report further.