Looking back to the future: Sitka Gold outlines exploration plans for 2022 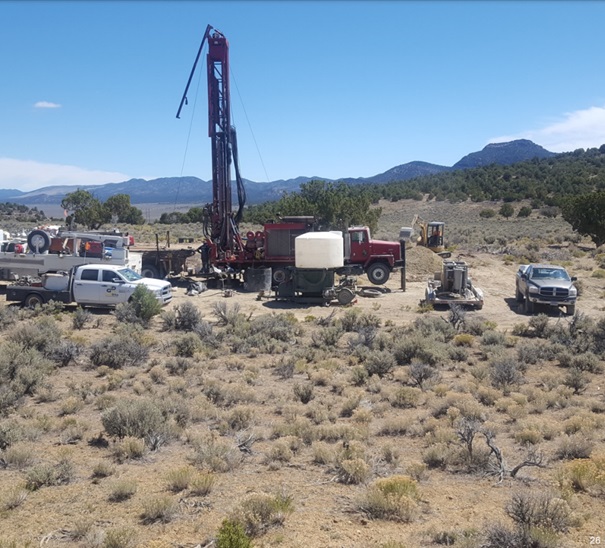 CEO Cor Coe calls it a "breakthrough year for Sitka" with new discoveries at both the RC Gold project in the Yukon and the Alpha Gold project in Nevada. At RC Gold, the final drill hole of the year (DDRCCC21-021 or "Hole 21") intersected 21 intervals of significant visible gold mineralization that, upon receipt of final assay results, defined a newly discovered high grade gold zone averaging 1.17 g/t gold from surface to a depth of 220.1 m, including a 50 m interval of 2.08 g/t gold (see press release dated December 13, 2021). The exceptional results from hole 21 indicate a structurally controlled, high-grade gold corridor running through the large intrusion-associated gold system discovered during Sitka's first drill program at RC Gold in 2020.

Fast forward to 2021 for some highlights:

On Jan. 15, Sitka began trading on the OTCQB Venture Market with the ticker symbol SITKF.

On Jan. 20, Sitka received assay results from its RAB drilling program on its OGI property east of Dawson City, YT. OGI-RAB-20-004 assayed 5430 ppm Zn and 11.6 ppm Ag over 3 m (see press release dated January 20, 2021). A further gravity survey was carried out in late summer to define the target. The Company is still awaiting the final report of the survey.

On Feb. 12, the company announced a $4.5 million financing at 13.5 cents per flow-through unit with a half warrant exercisable at 18 cents and maturing in three years. A 12-cent unit with no flow-through was also issued with a full warrant exercisable at 18 cents. This financing was increased to $6 million due to increased interest and was still oversubscribed, closing on March 5 at $6.4 million.

Drilling at Alpha Gold commenced on February 16. Both holes AG21-02 & 03 intersected the Horse Canyon equivalent/Devil's Gate contact in strong Carlin-type mineralization and alteration. AG21-02 averaged 0.105 g/t gold over 93 m, and a higher grade intercept within the hole averaged 0.164 g/t over 27 m. This prompted the Company to stake an additional 30 claims to cover prospective ground. Gold values in both holes were associated with very strong Carlin-style pathfinder elements such as arsenic, antimony, mercury and thalium.

The third phase of drilling began at Alpha Gold on July 8. AG21-04 through 08 were drilled to follow up on the Carlin-type mineralization and alteration discovered in AG21-02 and 03. All holes continued to return significant Carlin-type gold and pathfinder elements. AG21-05 intersected 12.19 m at 0.41 g/t gold before the hole was abandoned due to downhole instability (see news release dated September 16, 2021). Hole AG21-08 intersected 0.46 g/t gold over 15.24 m (see news release dated November 16, 2021). Sitka then staked an additional 125 claims in November to cover highly prospective ground, bringing the total land holdings at Alpha Gold to 239 claims covering approximately 1934 hectares (4780 acres).

Hole DDRCCC21-21 (Hole 21) represents a significant new discovery located approximately 200 m south of all previous drilling in the Saddle Zone. Grades averaged 1.17 g/t gold over 220.1 m, with a high-grade core of 50.5 m containing 2.08 g/t gold. During logging, 21 visible gold grains were identified in the core. Surface rock samples collected 100 to 500 m south of hole 21 extended this new discovery and returned up to 11.00 g/t gold. In addition, four test pits for placer gold were excavated in the creek 1 km down-dip from hole 21, revealing significant quantities of placer gold (see news release December 13, 2021), which is likely associated with the in-situ gold in this zone and further confirms the richness of this gold system. This drill hole also intersected a major fault known as the Blackjack Fault, which is now recognized as a potential control on gold mineralization in the area.

On December 23, the Company completed a flow-through financing of $2.8 million at 17 cents per unit, with each unit consisting of one FT share and one-half warrant exercisable over a two-year period at 23 cents. This brings the total amount raised in 2021 to $9.2 million for exploration of Sitka's Canadian and U.S. properties.

The Company is currently awaiting final approval of its operating plan application by the BLM for its Burro Creek property in Arizona. The Company has traced the mineralized vein to the boundary of its patented claims and this approval will allow exploration to continue along an additional 1 km of undrilled strike on federal lands.

A drill permit application is being compiled for the Coppermine River project in Nunavut. The application relates to a drill program to test the Copperleaf discovery, where mineralization was traced over 2 km and surface samples returned up to 13.45% copper and 65 g/t silver, and to test the WIN copper deposit, where surface rock samples collected from Sitka returned up to 41.54% copper.

Plans for exploration in 2022

The Company will undertake a winter drill program at RC Gold to follow up and expand the newly discovered high-grade gold mineralization at DDRCCC21-021. Road clearing and camp construction are expected to begin in the next few days, followed by drill mobilization. Drilling is expected to commence in late January.

At Alpha Gold, the current drill permit is being amended to prepare for the next phase of exploration, which is expected to begin in the second quarter.

A diamond drilling program at the OGI silver-zinc property is expected in the summer field season, based on preliminary target generation defined by the pending 2021 geophysical survey report.

Once permits are received, drilling programs at Burro Creek and Coppermine River are expected to commence shortly thereafter.

CEO Cor Coe said, "2021 was an incredible year for Sitka with our exploration efforts culminating in two new gold discoveries in Nevada and Yukon. As we enter 2022, we will move as quickly as possible to define the extent of the intrusion-related gold system discovered at RC Gold and continue to explore for gold deposits within the newly discovered Carlin-style gold system at Alpha Gold toward higher-grade zones. Having raised over $9 million in the past year, the Company has the resources to aggressively pursue these discoveries while continuing exploration efforts on its other mineral concessions. 2022 is shaping up to be a very exciting year for Sitka."