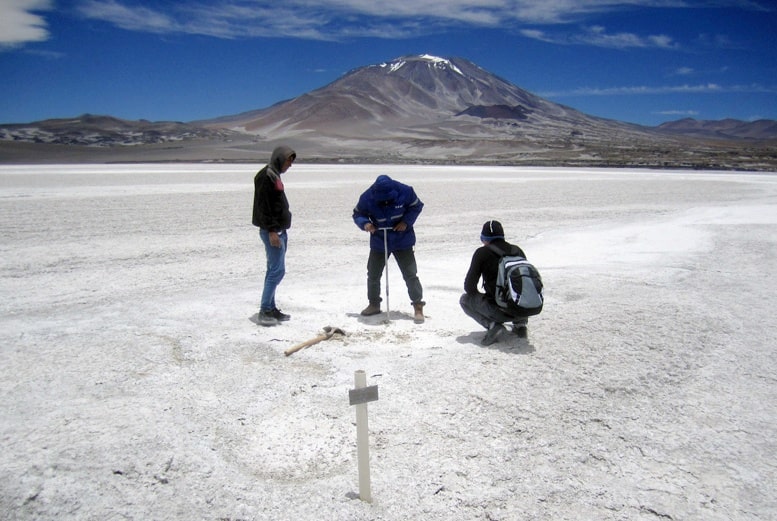 After an extended period of behind the scenes activity, but limited news, the signs are green for lithium explorer Portofino Resources Inc (TSX-V: POR; FRA: POTA) in both Ontario and Argentina.

On the 2,286-hectare Allison Lake North concession in Ontario, the spring exploration season is now underway. In Argentina, Portofino has plans to drill the Yergo salar in Catamarca province. In addition, in the neighboring province of Salta, Portofino will begin field work after finalizing the agreement with the province's state-owned mining company, Recursos Energeticos Y Mineros De Salta S.A. (REMSA). The agreement gives Portofino the opportunity to earn a majority interest in several lithium brine projects in the heart of the world-renowned Lithium Triangle.

"The second half of 2022 will be a very exciting and active period for Portofino for lithium exploration in northern Ontario as well as northern Argentina," commented CEO David Tafel.

Work on the Allison Lake North property in Ontario has begun with a helicopter-borne high-resolution geophysical magnetometer survey. Workers have been mobilized and the survey is underway. The program includes airborne geophysical surveys over approximately 406 profile kilometers at GPS-controlled line spacing of 50 meters each, which will provide high quality definition of geologic units and their structures. The objective of the survey is to identify structural weaknesses in the Allison batholith that may contain lithium-bearing pegmatites. The resulting magnetic features from the surveys, in combination with Portofino's recent mapping and sampling programs, will assist in the next phase of ground prospecting and mapping of prospective targets.

David Tafel, CEO of Portofino commented, "The Allison Lake area is now of interest to major exploration groups and investments and we are fortunate to have land holdings in the middle of this fully staked region. We expect the results of the airborne survey to play an important role in guiding our second phase, which will follow on from our channel sampling in 2021. This sampling returned values of up to 412 ppm lithium and 1,040 ppm rubidium."

The Company also announced that it has expanded its property at Allison Lake North by acquiring 3 additional claims (33 parcels) (Allison Lake North site). The new claims are adjacent to the property to the west and are underlain by the Jubilee Lake sedimentary rock group, which is known to host rare element pegmatites.

Figure 1: The additional claims in Ontario are outlined in red.

The Allison Lake permit area now comprises 7 claims (113 parcels) with 2,286 hectares (ha) of footprint and is located 100 kilometers (km) east of the town of Red Lake in northwestern Ontario. Numerous lithium deposits have been delineated in northwestern Ontario that host significant reserves of lithium oxide (Li2O). The permit area is accessible by well developed foresty roads and a hydroelectric power line crosses the claim group. The concession area has significant features that are critical to the formation of lithium-bearing pegmatite veins. It is located along the contact between the Allison Lake pegmatite-granite batholith and the Jubilee Lake metasedimentary rocks of the Uchi subprovince in northwestern Ontario. This important contact zone is now fully delineated and is the subject of exploration activities by several companies.