Is gold company Kingman Minerals on the verge of a revaluation? 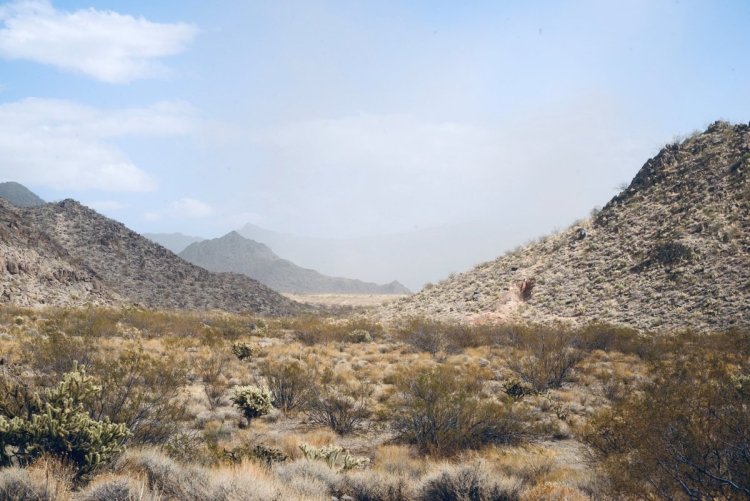 Inflation in the U.S. is at its highest level in 30 years, lifting the price of gold back well above the USD 1,800 per ounce mark and a key resistance. But if you believe Chris Vermeulen of https://TheTechnicalTraders.com, for example, this is just the beginning! In his opinion, the gold price should rise to USD 2,600 - and gold companies should make a "huge, explosive move".

Whether this explosive move comes or not, we believe that gold and good gold companies have a good chance to perform well in the coming weeks and months. This is especially true for Kingman Minerals (WKN A2P21P / TSXV KGS), the company we would like to introduce to the readers of GOLDINVEST.de today.

Kingman Minerals follows a somewhat different strategy than a large part of the exploration companies in North America. The company does not focus on "grass roots" projects, but on gold properties that already have high-grade, historic deposits or even have a historic, high-grade gold mine on their property. This is done to increase the probability of success and reduce the exploration risk.

Kingman intends to revive and develop such temporarily abandoned mines by, among other things, preparing a resource estimate in accordance with current standards. Later, the project is then to be sold profitably to a larger industry player. Ideally, Kingman wants to assemble an entire portfolio of projects that fit into this scheme.

And in the near future, there should be clarity on whether Kingman Minerals has been successful at the Mohave project. Because the company had started another drilling program in Arizona at the end of September, which included up to 24 drill holes and was "very successful" according to Kingman. Apparently, even visual inspection of the initial drill core suggests that the company's theory that ore veins occur beyond the area of the historic mine may be correct. In any case, samples from the program are already being analyzed at full speed at a lab in Tucson, and Kingman emphasized that they plan to share the results with shareholders in the very near future. So a potential share price driver is getting closer and closer!

And if the results are indeed positive, we believe they could potentially trigger a re-rating of the company! After all, Kingman is currently valued on the stock market at just about CAD 3.3 million with about 55.5 million shares issued as of June. However, the company has also announced a capital increase, which should include the issuance of up to 30 million additional shares and bring CAD 2.1 million into the company's coffers. Even then, however, the market capitalization of Kingman Minerals at the current price would only be about 5.1 million CAD!

After the above-mentioned drill results, the new resource estimate, this time in line with current standards, is likely to be the decisive milestone for the future of Kingman. The company wants to present this in the first quarter of 2022. It should then include both the historical resource and the results of the latest drilling campaigns. If successful, this should bring Kingman a lot of attention and could become an important share price driver.

Beyond that, the company also plans to conduct intensive exploration activities in the coming quarters to prove additional resources - probably also on other parts of the project, which we will talk about then. Of course, Kingman hopes that this will also be reflected in the company's value.

Conclusion: Kingman Minerals (WKN A2P21P / TSXV KGS) is at an exciting point in the company's development. The hopefully forthcoming drill results from Mohave and subsequently a first resource estimate for the very promising project in Arizona, have in our view the potential to lead the share price out of the long sideways movement. Perhaps even in the direction of the old highs. In any case, we will stay tuned!

Of course, it should not remain unmentioned that Kingman is a risky speculation, which interested investors should always keep in mind.

Risk note: GOLDINVEST Consulting GmbH offers editors, agencies and companies the opportunity to publish comments, analyses and news on https://www.goldinvest.de. These contents serve exclusively the information of the readers and do not represent any kind of call to action, neither explicitly nor implicitly they are to be understood as an assurance of possible price developments. Furthermore, they in no way replace an individual expert investment advice, it is rather promotional / journalistic publications. Readers who make investment decisions or carry out transactions on the basis of the information provided here do so entirely at their own risk. The acquisition of securities, especially with shares in the penny stock area, carries high risks, which can lead to a total loss of the invested capital. The GOLDINVEST Consulting GmbH and its authors expressly exclude any liability for financial losses or the content guarantee for topicality, correctness, adequacy and completeness of the articles offered here. Please also note our terms of use.

According to §34b WpHG i (Germany) and according to Paragraph 48f Paragraph 5 BörseG (Austria) we would like to point out that principals, partners, authors and employees of GOLDINVEST Consulting GmbH hold or may hold shares of Kingman Minerals and therefore a possible conflict of interest exists. We also cannot exclude that other stock letters, media or research firms discuss the stocks we recommend during the same period. Therefore, symmetrical information and opinion generation may occur during this period. Furthermore, there is a consulting or other service contract between a third party representing Kingman Minerals and GOLDINVEST Consulting GmbH, which means that a conflict of interest exists, especially since this third party remunerates GOLDINVEST Consulting GmbH for its reporting.