There is no transition from fossil fuels to green energy without copper. There is no substitute for its use in electric motors; charging infrastructure and wiring, batteries, inverters, wind and solar power, and even 5G. Leading experts therefore consider copper the most critical of all critical metals because, unlike graphite or rare earths, for example, there is an actual shortage of copper. Goldman Sachs even predicts a return to the "structural bull market" of the 2000s, when most commodity prices boomed because demand exceeded available supply, especially in China and India. But unlike the previous supercycle, which depended on China, Goldman states the impending structural bull market will be driven by green energy spending, of which copper is a key component.

The mining industry is woefully ill-prepared for the scenario of this massively accelerated copper demand growth. Industrial megaprojects in Indonesia (Grasberg; switching from open pit to underground mining) or Chile (Escondida: keyword water supply), in particular, are reaching growth limits. For years, the average copper content of new projects has been steadily decreasing, which also has to do with the type of deposit that is now preferred: long-lived projects with at least 500 million tons of ore and, preferably, 2 billion tons or more. Such projects have a long lead time for development and have multi-billion-dollar planning and construction CAPEX. They take advantage of economies of scale to produce copper permanently at copper grades sometimes well below 0.5%. This is the playing field for the big mining giants.

So, where is there a place for an earlier-stage explorer like Granite Creek (TSXV: GCX) in this game of enourmous global corporations with their access to massive amounts of capital? The answer is "in the middle class" (in the German sense of the word). The keyword "grade is king" paraphrases Granite Creek's business plan, in essence. Granite is not looking to win on sheer size right out of the gate but, rather, to get on the radar by virtue of excellent copper-gold resource & ore grades and its obvious potential for significant resource expansion in the Minto Copper Belt of central Yukon Territory, Canada. The Carmacks/Carmacks North project consists of two sections, with the advanced Carmacks target area (23.76 million tons of ore in the M&I @0.85% Cu category with 0.31 g/t Au and 3.41 g/t Ag) providing an initial resource base with almost half a billion pounds of contained copper. The adjoining Carmacks North exploration area is expected to deliver further tonnage and take Granite to the magic mark of >1 billion pounds of contained copper, following the 2021 drilling season which is expected to commence in early May. This resource number is a general threshold at which major producers start to consider a project for possible acquisition or deal.

In its very short history, having been formed in early 2019, Granite Creek has been exceptionally aggressive in advancing the Company and project(s). Since launch, they completed a recapitalization, acquired the initial land package, acquired extensive historical databases, completed two field seasons (including drilling in 2020), acquired their PEA-stage neighbour and completed a $5.2 million financing led by Canaccord and with a lead order by Sprott Asset Management. The stated goal from inception was to consolidate the southern portion of the Minto belt and expand the existing resource to also capture the sulphide material below the oxide cap and more prevalent at the Carmacks North (formerly Stu) project area. (see Figure 2). Granite’s initial drill campaign successfully stepped out from existing targets to intercept this material and also demonstrated its continuity beneath the known resource package. The 8000-10,000 metre program on tap for this spring will build on that success and drive an updated resource estimate for later in the year.

In general, the area has well-established infrastructure including the nearby village of Carmacks, electrical grid and major highway. Access roads to and within the property are in place as is the camp buildings and core shack, particularly at the Carmacks project which has seen a significant amount of activity in the lead up to preparing its Preliminary Economic Assessment. In addition, the producing Minto Mine is perhaps 30 kilometers north (average grade of reserves is 1.7% copper and 0.6 g/t gold). The future potential synergies between Minto and Granite's projects are obvious. Minto needs fresh ore in for its 4,000 ton mill in the foreseeable future and both companies could benefit from additional roads through Granite’s property for transportation of material and ore. Ultimately, one of the aforementioned copper industry titans might be drawn to the region given it is clearly shaping up to be an important, district-scale opportunity in a solid mining jurisdiction with the support of the  Carmacks/Little Salmon First Nation.

Granite and its management are members of the "Metallic Group of Companies", which also includes the better known Metallic Minerals (TSXV: MGX) and Group Ten (TSXV: PGE). We have been following both companies on Goldinvest.de for some time. The Group is a collaboration of these explorers, each of whom is actively pursuing very large, high-grade projects in top North American jurisdictions. By coming together in mutual support, the member companies are able to leverage a deeper bench of technical expertise, financing opportunities and business acumen and thereby punch above their weight class. A classic example of the whole being greater than the sum of its parts. 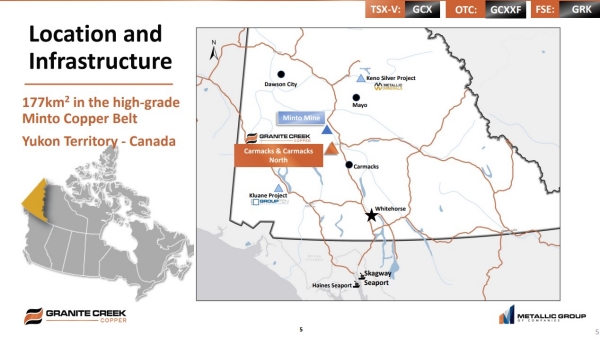 Figure 1: Infrastructure and high ore grades are half the battle. A 2017 PEA exists for the Carmacks Copper Project, which indicates that the project already has 23.76 million tonnes of ore in the M&I @0.85% Cu category at 0.31 g/t Au and 3.41 g/t Ag. The total resource is 446 million pounds of copper, with 325 m lbs of oxides and 141 m lbs of sulfides. The precious metals component of the project alone brings the total to 237,000 ounces of gold and 2.4 million ounces of silver. The PEA was calculated in 2017 based solely on the oxide deposits with an NPV $166 million. At that time, a metal price of $3.25 copper and $1,350 gold was used. This study pre-dates Granite Creek by the previous owner. 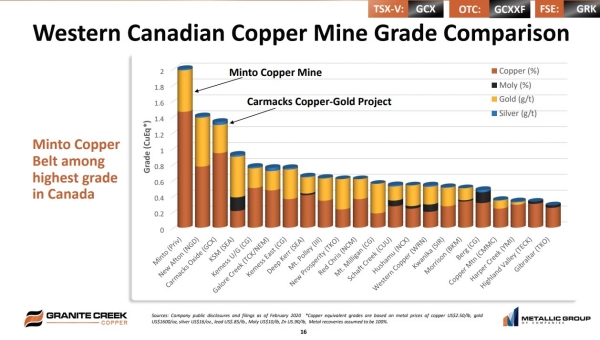 Figure 2: "Grade is king". The Minto Mine and Carmacks Project are well ahead of other Canadian companies with their ore grades. The motto is - small but mighty. The big benefit is manageable capital expenditures down the road.

This March Granite Creek secured CAD 5.2 million in fresh capital at prices ranging from CAD 0.20 (non-tax-advantaged) to CAD 0.28 (tax-advantaged for Canadian investors). This leaves the treasury well-filled for this year's exploration program. On the schedule is extensive modeling of historical drilling at the project (similar to what Group Ten did at its Stillwater West project) and, of course, a major drilling program slated to start as early as May 1 with field teams being deployed mid-April. 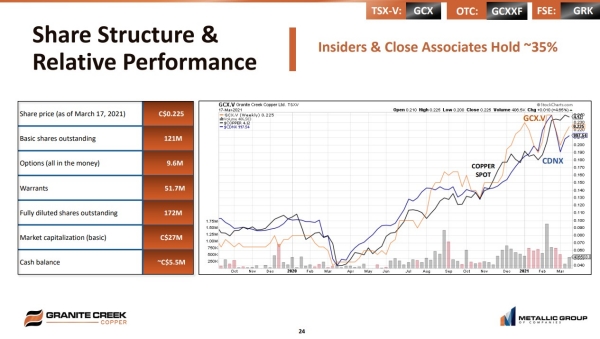 Figure 3: Granite Creek is still a microcap at around CAD 27 million. However, the chart comparison shows that the stock's performance already reflects well the developments in the copper price.

If Granite Creek succeeds (as planned) in building up sufficient critical mass time in a short period of time and a new, high-grade copper resource can be proven, a significant outperformance against the copper price should be possible. In this respect, an investment in Granite can be seen as leverage on the copper price.