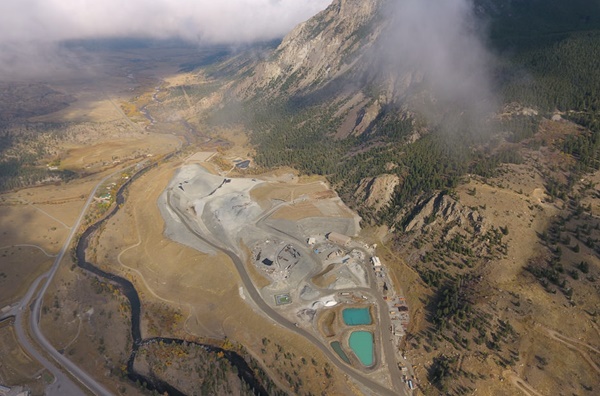 Group Ten Metals Inc. (TSX.V: PGE; FSE: 5D32) is launching the largest drilling and exploration program in its history at the PGE-Ni-Cu-Co+Au polymetallic Stillwater West project in Montana this season. To expedite and expand that program, the company today announced a CAD 4 million financing to be placed through Canaccord and Research Capital. The price per share unit is CAD 0.40. Subscribers will also receive a 2-year warrant with an exercise price of CAD 0.55. This is the brokered deal the company has done and it should add significant, quality institutional money to the Group Ten shareholder base.

As the company announced last Friday, Oretest Drilling has been contracted for a planned 10,000 meter multi-rig drilling campaign, with some indications that it may, in fact, exceed that number. The drilling is designed to both extend the drill-defined mineralization already identified at three most advanced areas, Chrome Mountain, Camp and Iron Mountain, while testing adjacent priority targets identified in the 2020 Induction Polarization ("IP") Survey.

Mineralization starts at or near surface, extends over a strike length of 1 to 1.5 kilometers, and is open to extension along trend and at depth as indicated by IP anomalies. Thick intervals of drill-defined nickel and copper sulphide mineralization with palladium, platinum, rhodium, gold and cobalt confirm the presence of significant Platreef-style polymetallic mineralization. In addition, the mineralization encountered is spatially correlated with geophysical anomalies identified in the 2020 survey (see press release dated April 19, 2021).

Group Ten has stated it plans to publish an inaugural and initial resource estimate this summer 2021, with work in that regard well in hand. Results from 2021 drilling will be incorporated into an updated & expanded resource estimate for the Chrome Mountain, Camp and Iron Mountain targets following completion of the program and release of results.

Simcoe Geoscience has been contracted as an additional service provider for a planned 54-line-km Alpha IP survey. The new survey builds on the success of the 2020 survey, which returned broad, high-grade, coincident chargeability and conductivity anomalies with exceptional continuity across the 9.2-kilometer length and 800-m depth of the 3D model.

Michael Rowley, President and CEO, commented, "We are pleased to announce the contracts and plans for our largest exploration program to date at Stillwater West. The combination of IP geophysics and drilling has proven effective over the past year. This has allowed us to identify several new high-grade magmatic horizons."

SUMMARY: Group Ten acquired the Stillwater West project about 4 years ago at a low point in the commodity cycle and subsequently extended their holdings through strategic staking. Since then, management has evaluated and consolidated historical data from hundreds of drill holes spanning 40 years. Unlike its predecessors, which often sought single commodities and often owned only small portions of the project, Group Ten has demonstrated Stillwater West to be a polymetallic deposit analogous to Platreef deposits in South Africa. To date, Group Ten has drilled a modest number of its own holes, but has made significant progress in understanding the deposit. The company now believes it understands the geological code for Stillwater West. Therefore, the upcoming drill program is not only the most important in the (young) company's history in terms of scope. It is also likely to be particularly valuable because of the improved targeting accuracy. Group Ten knows what it is looking for and where to look! Stillwater West has the makings of a world-class deposit. This season's work could finally bring the breakthrough.