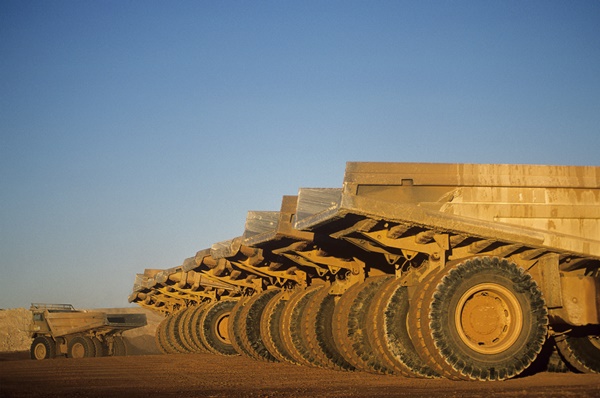 Back in August, there were indications that Group Ten Metals Inc. (TSX-V: PGE, FSE: 5D32) would enter into an agreement with Heritage Mining Ltd. to advance the Black Lake Drayton (“BLD”) gold project in the Canadian province of Ontario. The letter of intent at that time has since been converted into a legally binding definitive agreement.

In addition to their flagship Stillwater West battery metals and platinum group elements project in Montana, USA, Group Ten Metals has a number of other district scale projects for which they have openly stated the intention to seek deals for. Each of these secondary assets are, in keeping with the Metallic Group of Companies’ strategy, is in a well-known district of a top jurisdiction and adjacent to an advanced neighbour. In the case of BLD, the project consists of 137 km2 adjoining Treasury Metals’ recently consolidated +3Moz Goliath-Goldlund Project in the Rainy River District of Ontario, Canada. With high-grade gold demonstrated in 127 drill-hole database, historic bulk samples, low carrying cost, direct road access and proximity to rail and power, it is most certainly worthy of being a core asset in its own right. Group Ten CEO, Michael Rowley and his team correctly recognized this and sought a deal which would enable the company to ensure BLD was being properly advanced in a way that would be accretive to shareholders without compromising the absolute focus on the core Stillwater West asset.

Heritage Mining brings a very deep technical team to the Black Lake-Drayton project and, importantly, a great deal of enthusiasm and desire to rapidly advance. The deal itself confirms the transfer conditions described in the Letter of Intent (and reproduced below) and affords Heritage the opportunity to earn up to a 90% interest in the project contingent upon certain cash payments, share issuance, work requirements and milestones. Heritage has also confirmed its intent to proceed with a go-public transaction which would see them listed and publicly traded within the near term. This noteworthy as, upon listing and trading, shareholders will be able to see the exact value of the Group Ten Metals shareholdings in Heritage.

The benefits of the agreement are obvious for both sides. Group Ten Metals can continue to focus on Stillwater West but retains exposure to a district-scale, brownfields gold project that will be aggressively advanced by a competent, focused team. Heritage Mining can be pleased to have been selected as a partner for the Black Lake Drayton gold project, because as Peter Schloo, CEO of Heritage Mining rightly pointed out, projects of this size and quality have become rare in the gold market.

The timing and conditions in the metals markets currently, make this an additionally compelling scenario. Gold has been under some considerable pressure and undergoing what appears to be a lengthy consolidation. Sentiment may be shifting given inflation concerns and overall global economic conditions and, as a new company with an exceptional gold asset, Heritage could very well catch a strong tailwind which would add significant strength to Group Ten’s cash and cash equivalents.

Under the terms of the Agreement, Heritage may acquire a 90% undivided interest in the Property by making payments totaling 7.2 million shares and CAD $300,000 in cash to Group Ten, completing exploration and development work totaling CAD $5 million on the Property, granting Group Ten a 10% carried interest in the Property through completion of a feasibility study, and completing other requirements including potential success-based discovery payments, as detailed below:

In addition, the LOI provides the following:

• A discovery payment of $1.00 per ounce of gold or gold equivalent shall be made on mineral resource estimates as filed from time-to-time on the Property and shall, in Heritage’s discretion, be paid in cash or shares (or a combination thereof), capped at a maximum of $10 million.
• Upon completion of the Second Option, Group Ten will retain a 10% free carried interest in the Project, with Heritage being responsible for all Property costs until completion by Heritage of a positive feasibility study supported by a technical report prepared in accordance with NI 43-101 on the Property (the “FS”).
• The Agreement provides for the formation of a Joint Venture (“JV”) based on the then legal and beneficial ownership levels in the Property following completion of the FS. A JV may also be formed in the event Heritage does not complete the requirements of the Second Option.
• Heritage will be required to maintain minimum exploration and development expenditures of CAD $500,000 per annum until the completion of the FS in order to maintain status as operator of the JV. Group Ten maintains certain back-in rights in the event Heritage does not meet minimum expenditure requirements.
• Group Ten is required to complete CAD $300,000 of exploration work on the Property within the first year of the Agreement.

Disclaimer AXINO Media GmbH offers editors, agencies and companies the opportunity to publish comments, analyses and news on www.axinocapital.de. These contents are exclusively for the information of the readers and do not represent any kind of call to action, neither explicitly nor implicitly they are to be understood as an assurance of possible price developments. Furthermore, they are in no way a substitute for individual expert investment advice and represent neither an offer to sell the stock(s) discussed nor a solicitation to buy or sell securities. This is expressly not a financial analysis, but an advertising / journalistic text. Readers who make investment decisions or carry out transactions on the basis of the information provided here do so entirely at their own risk. No contractual relationship is established between AXINO Media GmbH and its readers or the users of its offers, as our information only refers to the company and not to the reader's investment decision.
The purchase of securities involves high risks, which can lead to the total loss of the invested capital. The information published by AXINO Media GmbH and its authors is based on careful research. Nevertheless, any liability for financial losses or the guarantee of the topicality, correctness, adequacy and completeness of the articles offered here is expressly excluded. Please also note our terms of use.
In accordance with §34b WpHG and § 48f Abs. 5 BörseG (Austria) we would like to point out that AXINO Media GmbH and/or its employees, affiliated companies, partners or principals, hold shares in Group Ten Metals Inc. and therefore a conflict of interest exists. AXINO Media GmbH and its affiliated companies also reserve the right to buy or sell shares of the company at any time.