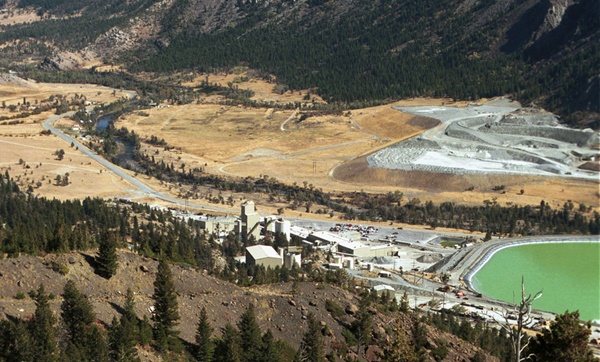 Gordon Toll is a mining engineer with more than 50 years of experience in the global mining industry as an entrepreneur and developer of major mining operations. His distinguished career in the mining industry has included acquisitions and new business development, start-ups and public company leadership. Mr. Toll's leadership positions with major companies include commercial and technical leadership positions with BHP Billiton, Rio Tinto, Atlantic Richfield and Texasgulf. He was also founder of Ferrous Resources in Brazil, now a subsidiary of Vale, vice chairman of Ivanhoe Mines and chairman of Fortescue Metals Group.

Mr. Toll is known for his fundraising skills for mining projects around the world and has been directly involved in raising over $5 billion during his recent career. He currently manages private investment companies which include Braemar Infrastructure Pty Ltd, which has been granted Major Development status by the South Australian Government and is proposing a multi-purpose infrastructure corridor for the Braemar region.

In joining Group Ten, Mr. Toll, commented, "I am very impressed with the work that Group Ten Metals has done at Stillwater West and am delighted to be part of the team. Large magmatic systems with a history of successful production, such as the Stillwater Complex, are very rare in nature. Stillwater West's rapidly developing potential to deliver large tonnages of battery and platinum group metals, which have been designated as critical metals by the U.S. government, has significant value implications."

President & CEO, Michael Rowley, said, "We are very pleased to announce the appointment of Gordon Toll to the Board of Directors of Group Ten as an independent director. Gordon Toll's extensive understanding of the industry, including his direct experience in the Stillwater and Bushveld complexes, will be of great benefit to us at this important stage of the Company's growth. Our work to date has confirmed the potential for world-class deposits of battery metals and platinum group elements (PGEs) at the Stillwater Complex, a world-class U.S. mining district that represents the largest source of PGEs outside of South Africa and Russia. We look forward to announcing our 2021 exploration drill targets and objectives shortly. The Company is also working on its initial resource estimates for Stillwater West, which are scheduled for release in mid-2021."