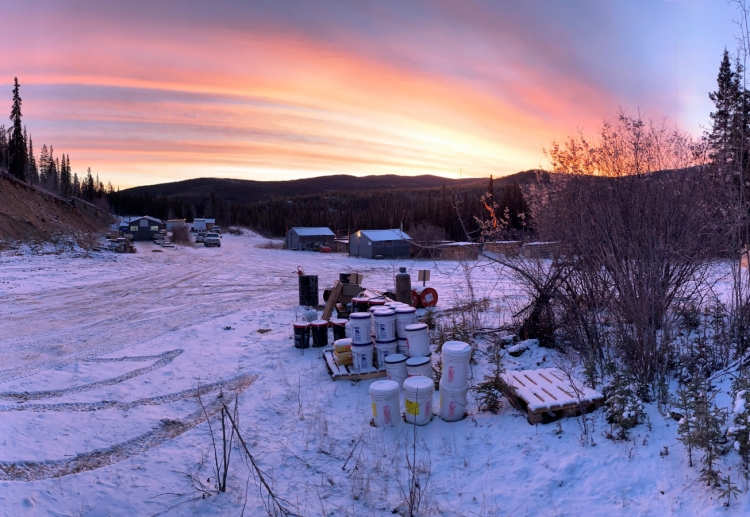 Granite Creek Copper Limited's (TSXV: GCX, FSE: GRK) Carmacks copper-gold-silver project is located in the Minto Copper Belt, south of the namesake Minto mine which restarted commercial production in 2019. However, it was being operated by a private company until this month when, through a labyrinth of corporate restructuring, a go public transaction and concurrent financing was completed. Minto Mining commences trading as a Tier One mining issuer on the Toronto Venture Exchange (symbol: MNTO) on November 29th, with Pembridge Resources holding a 10% position. Does this have any impact on Granite Creek Copper? In the short term, no, apart from a potential valuation benchmark given that Minto Mining will have a clearly defined and public market cap. In the medium to long term, it may.

What is true for any other company, whether listed or not, is also true for mining: in order to achieve the company’s full potential, management must ensure the optimal corporate structure is in place. In the absence of this, it is like driving a car with the handbrake on. However, if the handbrake is released, the subsequent drive is at maximum efficiency without the drag of friction.

Upon acquisition, Minto Exploration (the private entity operating the Minto Mine), took a project on care and maintenance back into production, expanded the land position and conducted exploration and drilling on their properties. As a privco, much of this was rather opaque to the public, as was the fact of this move toward a public listing. Clearly, the transaction was rather complex and consumed a significant amount of executive bandwidth. This burden factor is now removed and there is more time to attend to operational and strategic matters.

This brings the question of resources and reserves more to the fore, because every producing mine has to ask itself how the ounces extracted can be replaced in order to maintain a favorable life of mine outlook. What was laid absolutely plain in Minto Mining’s financing presentation deck was the fact that they are looking around the district for potential M&A opportunities as one key way to expand their resources / reserves base. And in that regard, there’s only one game in town: their neighbor, Granite Creek Copper

The resource issue is the Achilles heel of any producer

In general, mined reserves can be replaced by new ones in two ways: Either through self-performed exploration on the company's own claims or through the purchase of third-party reserves and resources. The management of the Minto mine will also have to face this question and answer it by one of the two possibilities or by a combination of both ways.

Since it is generally known that the reserves and resources of the Minto mine are not as abundant as one would wish as its owner, action is required. It may also be assumed that this problem is known to both the management and the owners. The reorganisation of the shareholder structure could therefore bring movement into this issue since as an issuer of public shares, they are now more readily able to arrange share deals versus outright cash purchases.

Whether and, if so, how this will affect Granite Creek Copper remains to be seen, butinvestors have every reason to keep a close eye on the further development of their neighbour as GCX may have just become a prime takeover target. Given the potential value-add catalysts on the near horizon (drill results, updated resource and updated preliminary economic assessment), however, we would expect Granite Creek management to play hard to get for at least a little while.

Background
Granite Creek Copper Limited (TSX-V: GCX, FSE: GRK) is an exploration company listed in Canada and Germany. The company searches for the currently most sought-after metals gold, silver and copper. Last year, the Stu project was merged with the Carmacks project through the acquisition of Copper North Mining. As a result of this merger and the drilling carried out in 2021, the Carmacks project now has a resource of 15.69 million tonnes of oxide ore with a copper content of 0.94 percent and 8.07 million tonnes of sulphide rock with 0.68 percent copper. In addition, there is 0.31 g/t gold and 3.14 g/t silver. An updated NI 43-101 resource estimate will be provided upon completion of the 2021 drill program.

Disclaimer: AXINO Media GmbH offers editors, agencies and companies the opportunity to publish commentaries, analyses and news on www.axinocapital.de. These contents are exclusively for the information of the readers and do not represent any kind of call to action, neither explicitly nor implicitly they are to be understood as an assurance of possible price developments. Furthermore, they are in no way a substitute for individual expert investment advice and represent neither an offer to sell the stock(s) discussed nor a solicitation to buy or sell securities. This is expressly not a financial analysis, but an advertising / journalistic text. Readers who make investment decisions or carry out transactions on the basis of the information provided here do so entirely at their own risk. No contractual relationship is established between AXINO Media GmbH and its readers or the users of its offers, as our information only refers to the company and not to the reader's investment decision.
The purchase of securities involves high risks, which can lead to the total loss of the invested capital. The information published by AXINO Media GmbH and its authors is based on careful research. Nevertheless, any liability for financial losses or the guarantee of the topicality, correctness, adequacy and completeness of the articles offered here is expressly excluded. Please also note our terms of use.
In accordance with §34b WpHG and §48f Abs. 5 BörseG (Austria) we would like to point out that AXINO Media GmbH and/or its employees, affiliated companies, partners or principals, hold shares in Granite Creek Copper Limited and therefore a conflict of interest exists. We also cannot rule out the possibility that other stock market letters, media or research firms may discuss the stocks we discuss during the same period. Therefore, symmetrical information and opinion generation may occur during this period. Another conflict of interest is that a consulting or other service agreement exists between AXINO Media GmbH and Granite Creek Copper Limited. Accordingly, AXINO Media GmbH is remunerated for its reporting. AXINO Media GmbH and its affiliated companies also reserve the right to buy or sell shares in the company at any time.