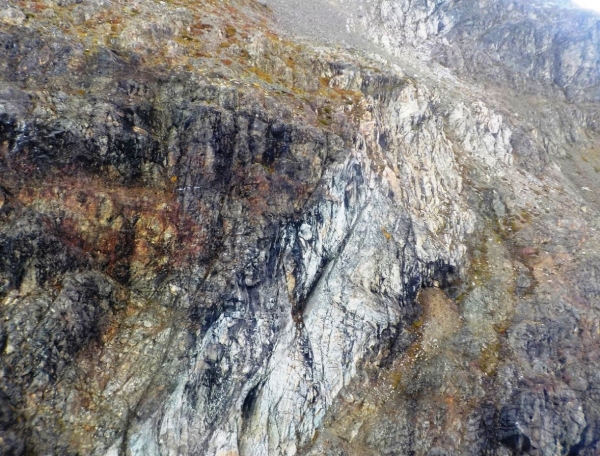 At the end of August, Goldplay Mining (WKN A3CNY4 / TSXV AUC) announced the acquisition of two prospective gold and copper projects in British Columbia called Big Frank and Goldstorm South. Both properties have district potential for high-grade epithermal gold and copper mineralization, according to the company. This potential has already begun to be explored.

Goldplay has now announced that it has completed an initial field exploration program on both projects. A total of 442 rock and soil samples were collected from the 20-kilometer Big Frank and 8-kilometer Goldstorm South projects. The samples are in the laboratory but are not yet available to the Company. Like everywhere else, the laboratories are extremely busy, so it is currently taking a long time for analysis results to become available. Goldplay will of course present the results as soon as they come in.

But what can be said already, according to Goldplay CEO Catalin Kiloflisko, is that district potential has been confirmed with large alteration systems. The Big Frank project is located 30 kilometers north of the apex of Knight Inlet, with access to the Hoodoo South area via forestry roads. It is only 70 kilometers to the year-round helicopter base at Bluff Lake. Goldstorm South is only 4 kilometers from road access and is actually only 20 kilometers southeast of the helicopter base.

On the Big Frank property, which covers 9,470.8 hectares and a 15 kilometer geologically favourable trend, Goldplay collected 165 soil and 114 rock samples. In doing so, the Company's geologists conducted initial surveys on the Hoodoo North, Confederation Glacier and Hannah/Big Frank areas. Sampling focused not only on confirming historical results - including trench samples of 85 g/t gold, 51 g/t silver and >1% copper over 2 meters at Hannah, 1,550 ppb gold at Confederation, and an approximately 1 kilometer long extensible soil anomaly of >100 ppb gold, >500 ppm copper, >4 ppm silver and >25 ppm molybdenum at Hoodoo North - but also on the boundaries of these areas exposed by recent glacial retreat. This, Goldplay hopes, will expand the target zones.

At Goldstorm South (2,379 hectares), the area spans an 8-kilometer weathering trend, 100 soil and 63 rock samples were collected to test the potential Niut Mountain, Fly and Harvey Gold occurrences. Again, efforts were made not only to confirm historical data, but also to expand these target areas where possible. Several promising areas of mineralization were observed.

Conclusion: Goldplay is still in the early stages of exploration activities at Goldstorm South (previously Nuit Mountain) and Big Frank. However, both properties have widespread weathering, high-grade gold and copper and gold mineralization and favorable geology, as well as trends that range from 8 to 20 kilometers in length. There has only been limited exploration in the past and, most importantly, no modern exploration methods have been used. However, the few historical exploration programs have already shown significant copper and gold values, so that further work, such as Goldplay has now completed, was recommended. Now it's a matter of seeing what the samples taken in the latest program will yield. Goldplay, meanwhile, is already preparing for activity in the coming year.

Disclaimer: GOLDINVEST Consulting GmbH offers editors, agencies and companies the possibility to publish comments, analyses and news on http://www.goldinvest.de. These contents serve exclusively the information of the readers and do not represent any kind of call to action, neither explicitly nor implicitly they are to be understood as an assurance of possible price developments. Furthermore, they are in no way a substitute for individual expert investment advice and do not constitute an offer to sell the stock(s) discussed or a solicitation to buy or sell securities. This is expressly not a financial analysis, but explicitly promotional / journalistic texts. Readers who make investment decisions or carry out transactions on the basis of the information provided here do so entirely at their own risk. There is no contractual relationship between the GOLDINVEST Consulting GmbH and its readers or the users of its offers, because our information refers only to the company, but not to the investment decision of the reader. The acquisition of securities involves high risks, which can lead to a total loss of the invested capital. The information published by GOLDINVEST Consulting GmbH and its authors is based on careful research. Nevertheless, any liability for financial losses or the content guarantee for topicality, correctness, adequacy and completeness of the articles offered here is expressly excluded. Please also note our terms of use.

GOLDINVEST Consulting GmbH currently has a remunerated contractual relationship with the company, which is reported on the website of GOLDINVEST Consulting GmbH as well as in the social media, on partner sites or in email messages. The above references to existing conflicts of interest apply to all types and forms of publication that GOLDINVEST Consulting GmbH uses for publications about Goldplay Mining. We also cannot exclude that other stock letters, media or research firms discuss the stocks we recommend during the same period. Therefore, symmetrical information and opinion generation may occur during this period. No guarantee can be given for the correctness of the prices mentioned in the publication.