Forte Minerals completes IPO and will begin trading on the CSE on Jan. 25

Today, January 25, 2022, copper explorer Forte Minerals Corp. (CSE: CUAU) will trade on the Canadian Stock Exchange for the first time. The company raised a total of CAD2,874,999.60 in its initial public offering, according to its final prospectus dated November 12, 2021. A total of 9,583,332 share units were issued at a price of CAD 0.30 per unit, with an over-allotment option exercised in full. One unit consisted of one common share of the Company and one warrant exercisable at a price of CAD 0.50 per share until January 24, 2025.

Globe Trotters, which is also a significant shareholder of Forte, has contributed CAD250,000 to the IPO. Globe Trotters holds 5,833,333 shares and 833,333 warrants in the IPO including its participation, representing approximately 15.87% of the issued and outstanding shares of Forte on an undiluted basis. Through the exercise of warrants, Globe Trotters could increase its ownership interest to 17.73% of the issued and outstanding and outstanding shares. From Globe Trotters' holdings, explorer Element 29 Resources (TSXV: ECU) had already sourced its copper assets. There is also overlap between the companies on the part of the directors involved. Forte CEO Patrick Elliott is also on the board of Element 29. Richard Osmond, the interim CEO of Element 29, is a director of Forte. Geologist Paul Johnston is on the board of both companies.

Forte plans to use the fresh capital to drill holes on its Pucarini Epithermal High Sulphidation Gold Project in the Puno region of Peru. Forte owns 100% of the project. The other two porphyry copper projects are also in the permitting stage for drill holes. Esperanza is located in the Paleocene belt in southern Peru and is 100% owned by Forte. Don Gregorio is located in the Miocene belt in northern Peru and is optioned by Candente Copper Corp (TSX:DNT). 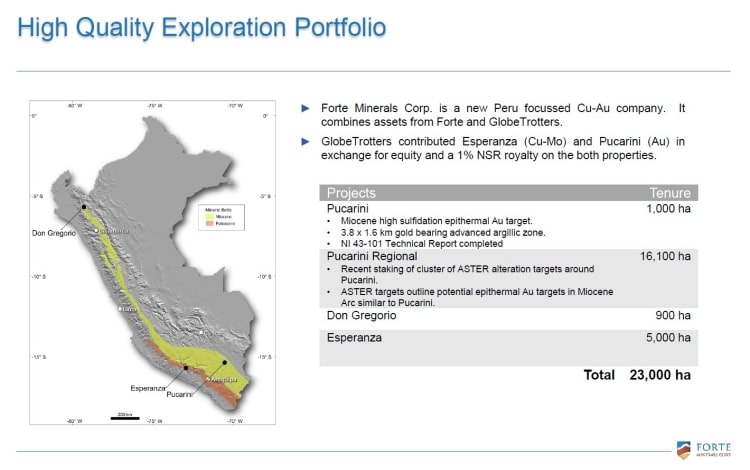 Figure 1: Forte starts with a portfolio of three exploration projects along the Peruvian Andes. All three projects are at the pre-resource stage.