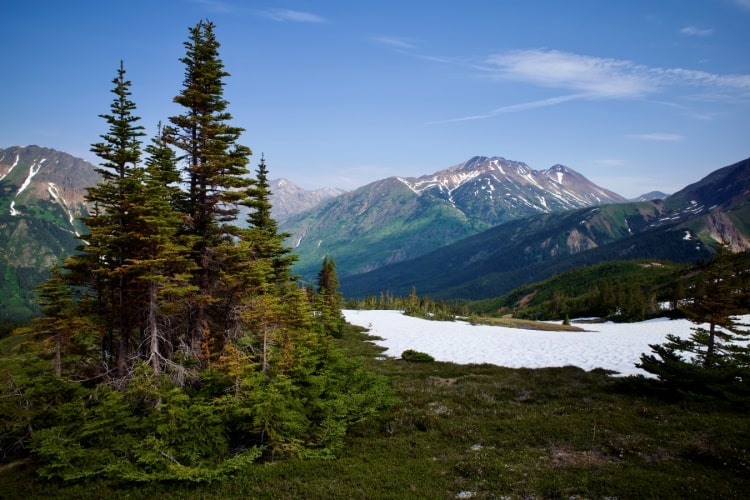 Earlier this month, copper and gold explorer Brixton Metals (TSXV BBB / WKN A114WV) came out with a real banger of a news release and announced the investment of the world's largest mining company BHP into the company. The mining giant has meanwhile completed the transaction, acquiring the 19.9% stake in Brixton as planned. And another of the company's major shareholders has followed suit.

The placement, in which BHP Investments Canada Inc. acquired 75,743,391 Brixton shares at C$0.18 per share, provided Brixton Metals with approximately C$13.634 million, the by far largest part of which will be used for exploration of the company's giant Thorn property in British Columbia.

Brixton's other major shareholder, Crescat Portfolio Management LLC, apparently did not want to have its interest in the Company diluted and exercised its right to participate proportionately in financings of the Company. Crescat acquired an additional 5,555,556 common shares for total gross proceeds of CAD1,000,000. In our view, this, like the investment by BHP, speaks volumes about the potential these major investors see in Brixton Metals.

Focus on the Thorn project

And Brixton intends to use the fresh capital to further realize this potential. In 2022, an exploration program had been carried out on the huge property in the summer, which has now been completed and is to be resumed in April or May - depending on weather conditions or snowpack.

Brixton had drilled a total of 58 holes this year and distributed the total of 18,200 drill meters over four target areas. the focus was on the Camp Creek copper porphyry and the Trapper gold target. In addition, the Company also worked on the Outlaw gold target as well as the Metla Copper copper and gold target. The company will publish the results of this drilling as soon as they are available. In the middle of the year, Brixton had already presented the results of earlier drilling at Trapper and Camp Creek, some of which were spectacular.

The Company also collected a total of 520 rock samples and 1,157 soil samples in 2022, focusing primarily on the Metla and Trapper targets, as well as East Copper and Val Copper. In addition, magnetic and radiometric surveys were flown over Metla, Trapper, Val and East, totaling 1.229 line-kilometers.

Conclusion: Brixton Metals is extremely well prepared for the 2023 exploration season. Not only should the treasure chest, filled with the funds from BHP and Crescat as well as the already existing cash, hold close to 20 million CAD - as CEO Gary Thompson explained in an interview with Goldinvest.de –, the company already has conducted geochemical and geophysical surveys, the results of which will help to direct the activities of the next exploration season as effectively as possible. This will also be helped by the results of the summer drilling program, which should gradually come in over the coming weeks and months! We are already very excited about these results and about the upcoming exploration season on Thorn.

According to §34b WpHG i (Germany) and according to paragraph 48f paragraph 5 BörseG (Austria) we would like to point out that principals, partners, authors and employees of GOLDINVEST Consulting GmbH hold or may hold shares of Brixton Metals and therefore a possible conflict of interest exists. We also cannot exclude that other stock letters, media or research firms discuss the stocks we recommend during the same period. Therefore, symmetrical information and opinion generation may occur during this period. Furthermore, there is a consulting or other service contract between Brixton Metals and GOLDINVEST Consulting GmbH, which means that a conflict of interest exists.