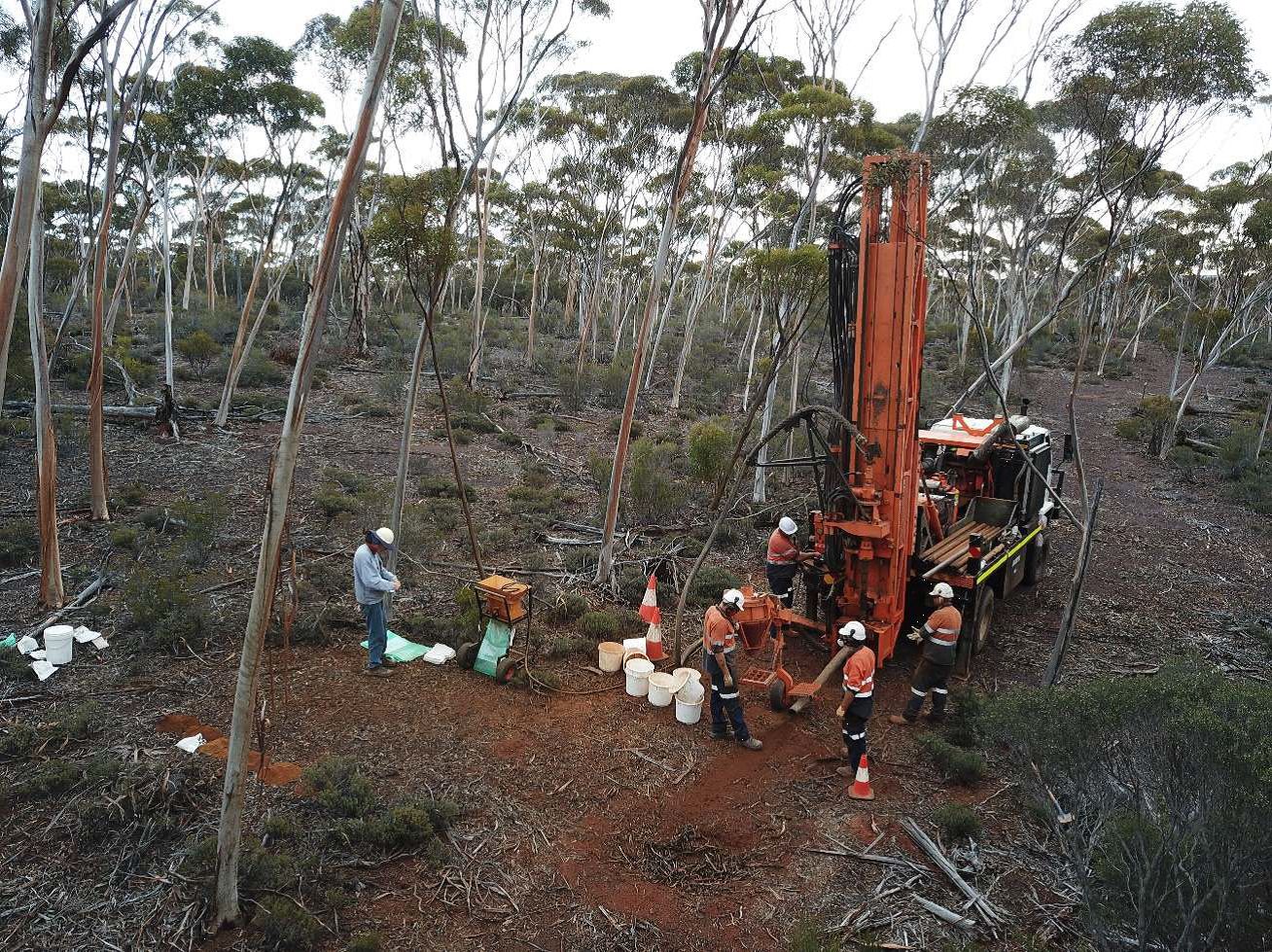 The Australian press has outed billionaire Mark Creasy - a major shareholder in Galileo Mining (ASX: GAL) in his own right - as a "strategic mining investor" who picked up a 4.3 percent equity position in neighboring Greenstone Resources (ASX: GSR) in June for about A$2 million. That casts an interesting light on drilling that begins this week at Greenstone and Conico Ltd's (ASX: CNJ; FRA: BDD) 50/50 Mt.

Thirsty joint venture. Apparently, Creasy is betting that Galileo Mining's Callisto polymetallic discovery will continue southward on the JV property. Galileo had made its discovery in May of this year just 200 meters north of the Mt Thirsty Joint Venture property boundary. An initial assessment of the Callisto results by Galileo indicates similarities in mineralization style to the Platreef deposits on the northern edge of the Bushveld Complex in South Africa. Galileo's share price has since increased more than fivefold. Creasy has now increased its stake in Galileo to 26.21 percent.

JV partners Greenstone and Conico initially plan to drill 20 holes totaling 5,800 meters in Phase 1. If these holes are successful in the coming weeks, a further 14,350 meters are planned in the form of infill drilling. Conico is acting as operator for the drilling campaign. A team of internationally respected PGE-Ni experts commissioned by the JV partners has concluded that the mineralized horizon identified by Galileo may extend for an additional 1.8 kilometers onto the Mt. Thirsty JV property. The continuity of this mineralized horizon is confirmed by lithology and geophysics, it said.

Historical exploration at Mt. Thirsty has focused on near-surface oxide nickel-cobalt mineralization. In fact, of more than 700 holes re-evaluated by experts, only 3.5 percent were drilled deeper than 100 meters. The Galileo discovery hole hit at 144 meters. Four historical drill holes have since been identified that also intersected the suspected target horizon (Figure 1) at the Mt. Thirsty JV. However, these drill cores were not assayed for PGEs (Figure 2). Regrettably, much of the drill core was discarded. As a result, the experts conclude that the prospective horizon on the Callisto zone of the Mt. Thirsty JV is "not yet explored." 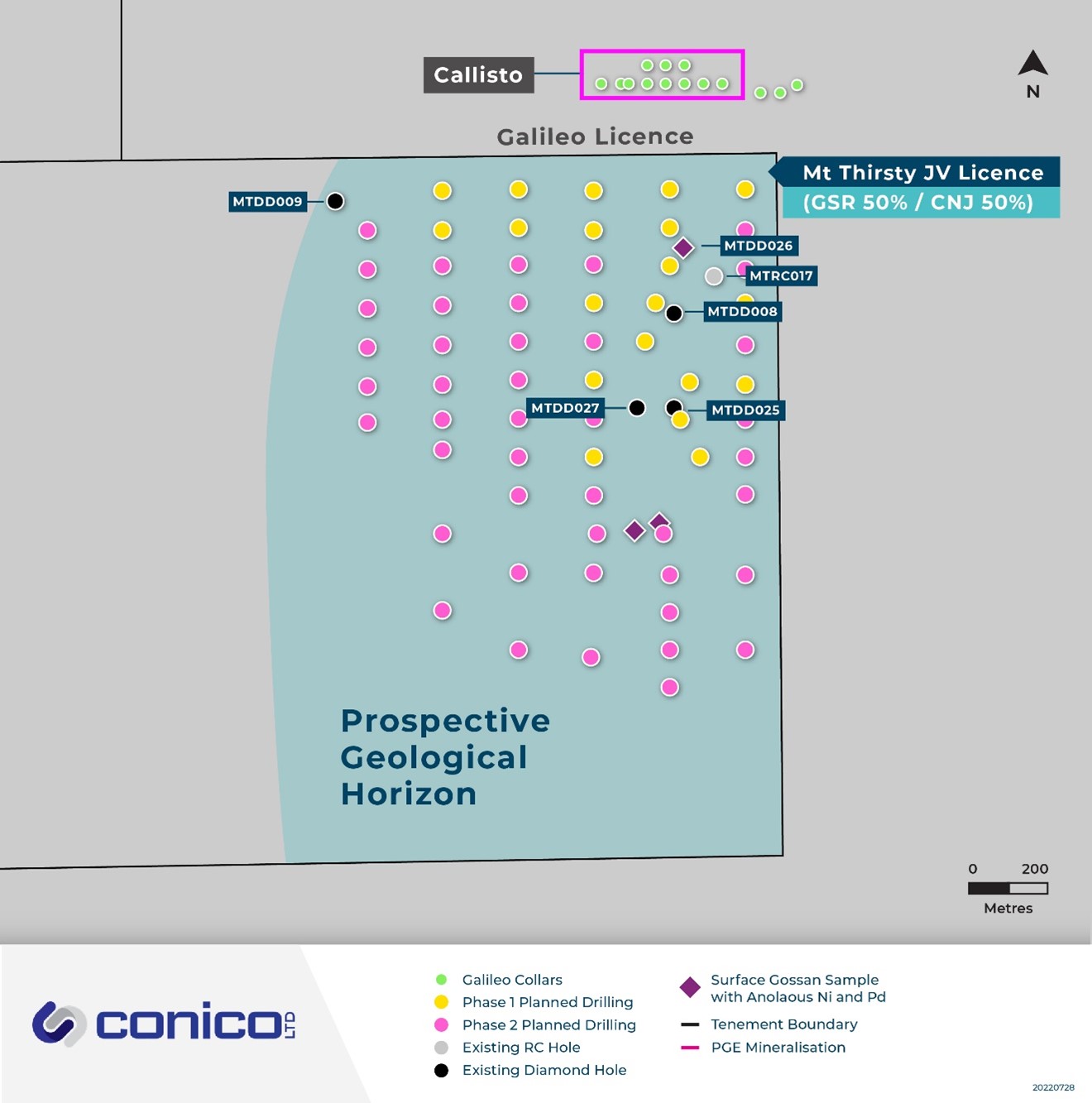 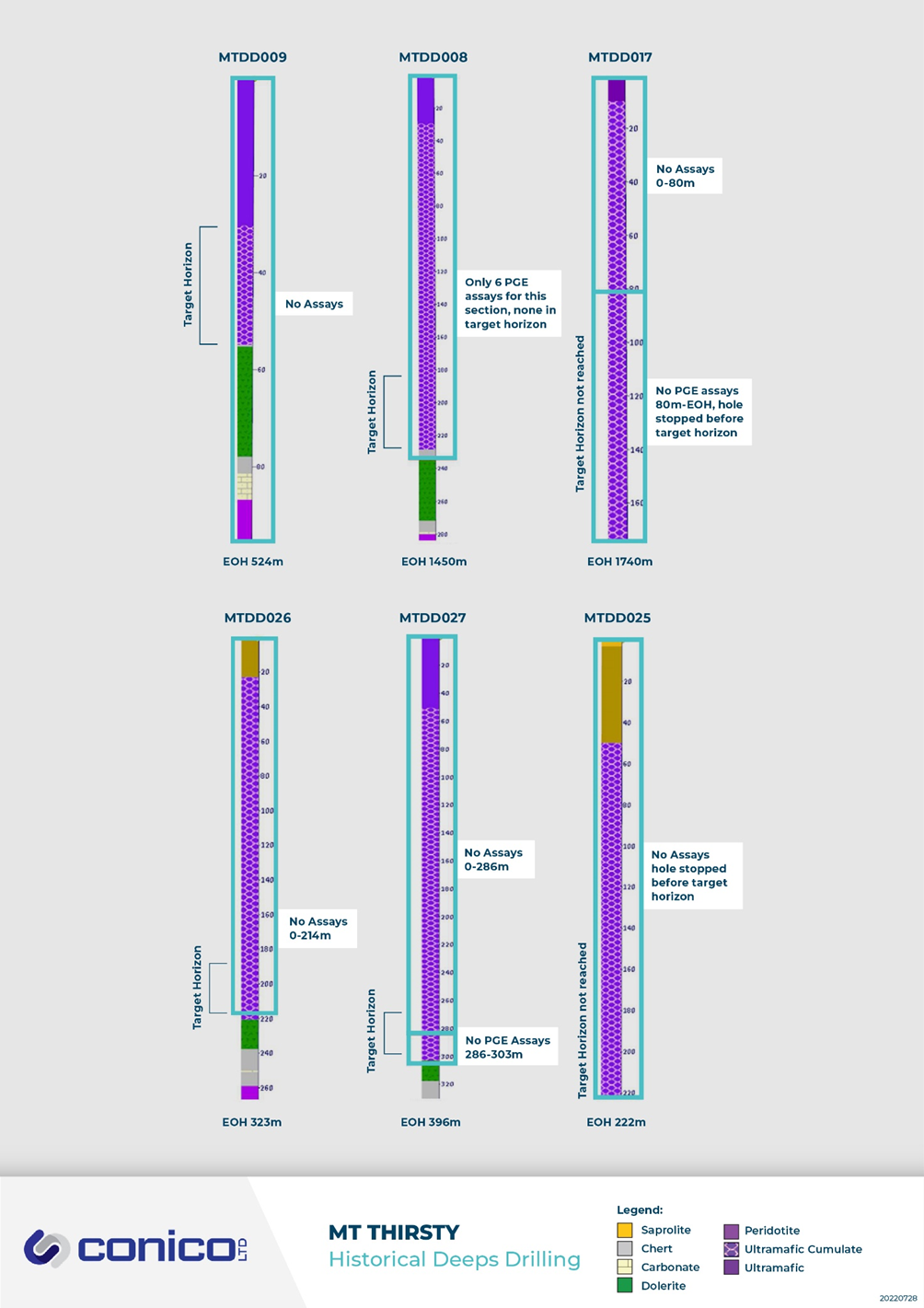 Figure 2: Selected historical drilling in the target zone, but without evaluation of PGE grades.

Conclusion: the upcoming drilling at the Mt. Thirsty JV is akin to a penalty kick without a goalie. All geological parameters suggest a continuation of the Callisto trend, which is actually not surprising given the Platreef analogy brought into play by Galileo, since Platreef in the Bushveld of South Africa is characterized precisely by its size and continuity. The advantage of Mt. Thirsty, however, is that the suspected mineralized horizon is only 150 meters deep and not 700 meters deep as in Robert Friedland's project. Investor Mark Creasy has already drawn his conclusions and joined JV partner Greenstone. One may speculate whether he might have done the same at Conico Ltd. if a placement had just been on the cards. The ironic punchline is that the Mt. Thirsty JV may even overtake Galileo because of its historical groundwork. Confirmation of the Platreef hypothesis at the Mt. Thirsty JV area would cast the historic resources in the oxide overburden (JORC resources of 26.9 million tonnes at 0.126% cobalt and 0.54% nickel) in a whole new light. Could the historic resource perhaps become "starter material" on the way to the high-grade polymetallic PGE horizon? We will see and at this point we only say: "Follow the money"!