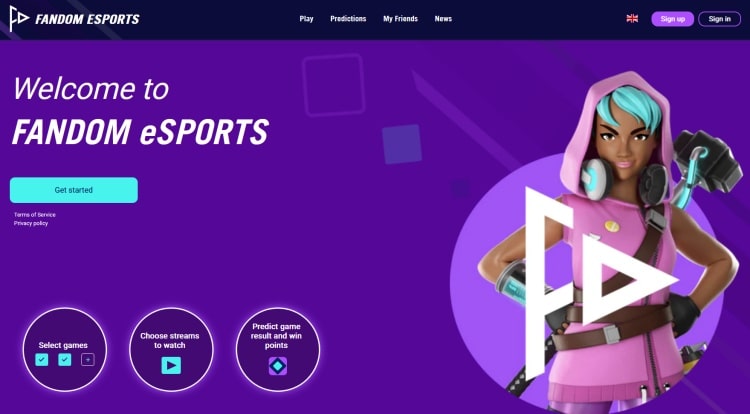 There's a simple reason for the astronomical pay of athletes in Formula 1, the Premier League, and now e-sports: these heroes inspire their fans worldwide. Fans are the most loyal, motivated audience imaginable - pure marketing gold, even more so at live events. Because nothing captures the audience's attention more than the unpredictable. The shared excitement gets social media wires running hot in sync with the events. The extent of this social communication is enormous and virtually forms its own event within the event. That's where Fandifi Technology Corp.  (CSE: FDM; OTC: FDMSF, FRA: TQ43) comes in, by giving fans opportunities to participate that were unthinkable until recently. Fandifi technology fuses live event and social communications on any platform, including chat, betting, fan marketing and merchandising. Fandifi's target customers are major platform providers such as the NBA, NFL, NHL, MLB, major international soccer leagues, Esports, and all streamed and broadcast content.

Fandifi, which recently rebranded from Fandom Sports Media Corp, offers an all-in-one solution to the industry's established players - including tools for monetization and "gamification" and, most recently, even with an integrated rewards system in the form of NFTs (Non-Fungible Tokens). In addition to scarves and jerseys, fans can win NFTs - unique electronic items - in connection with their sports idols. There are no limits to the imagination. Just recently, former German national soccer player Toni Kroos launched his NFT Mystery Box, where collectors can purchase a wide variety of memorabilia related to his career. The proceeds go to his charity foundation for sick children.

At the heart of Fandifi is a self-learning "engagement prediction engine" that recognizes recurring situations and automatically directs communication with specific questions. Does the person being fouled take the penalty himself, which corner does he shoot into or does the keeper hold? Does Le Clrec's Ferrari overtake at the end of the straight and make it?

David Vinokurov, CEO and president of Fandifi sees the automated delivery and insertion of predictions not just for sports and esports, but for any type of broadcast content as a new megatrend. "All of our ongoing partner conversations have opened doors to new uses for consumers and producers," he says of conversations with interested parties. The gamification and reward engines will allow viewers to play and predict a wide range of their favorite live and recorded events and be rewarded for their engagement with NFTs.

Figure 1: The competition for attention is huge and it continues to grow steadily

Fandifi's modular peer-to-peer (P2P) sports betting platform (www.fandomesports.gg) was launched in January 2022. The platform went live and enabled the company to transition to an operational and revenue-generating business.

The online platform and mobile application allow fans to place bets and make predictions to earn rewards by engaging with real-time streamed and broadcast content such as sports and real-time events.

Users can follow their favorite content and make predictions and bet against their friends or the global community using Fandifi's Prediction Engine. The company's tagline is "Play, Predict, and Get Rewarded."

Users will be able to create NFTs on the go and in real time, capturing moments of their favorite events while enjoying their streams, opening up a new level of fan engagement.

Most importantly, Fandomart supports interoperability with other NFT exchanges, allowing users to share items between different platforms and protocols.

Fandidfi's development teams are currently finalizing the gamification and rewards engine, which is expected to be completed in the second quarter of 2022. Once launched, users will be able to follow live events and interact with other fans by making predictions, placing bets, and creating NFTs in real time - all on one platform.

Once launched, Fandifi plans to offer specific monetization and customer acquisition opportunities to content providers and key industry players worldwide. Potential partners could include streaming and broadcast platforms, as well as some of the most popular social platforms.

Fandifi chose Polygon over Ethereum. In October 2021, it entered into a technology partnership with Polygon (formerly known as Matic), a blockchain framework that builds and connects Ethereum-compatible blockchain networks to support efficient and scalable minting on its NFT marketplace (www.fandomart.com).

Fandifi tried several blockchain protocol organizations that could enable this capability, but ultimately settled on Polygon. The platform matched the company's vision for real-time NFT creation and trading.

Polygon was designed so that an entire ecosystem of blockchains could not function as self-contained silos. Instead, it functions as part of a larger interconnected spectrum. More importantly, the Polygon blockchain network is much faster than Ethereum, and its network fees are also very manageable.

Another reason for choosing Polygon was that it already works with most of the major blockchain-based Web 3.0 games and NFT projects, including Decentraland, Opensea, and The Sandbox. In addition, there are six times more games and NFT dApps (decentralized applications that use NFTs and operate automatically through smart contracts) here than on any other blockchain outside of Ethereum.

Figure 2: Fandifi's communication ecosystem is to benefit both, Fans and platform owners.

In recent years, the global NFT market has grown at a rapid pace. According to Chainalysis, a blockchain data analytics company, the market will grow to around US$41 billion (C$51 billion) by 2021. In 2020, NFT sales of conventional art and antiques were $50 billion (C$62.7 billion).

Launched in December 2017, OpenSea is an open-source, decentralized digital asset platform based on Ethereum blockchain technology. It is considered the largest NFT marketplace in the world, allowing users to create, buy, and sell NFTs on the go.

Earlier this month, GameStop's (NYSE:GME) highly anticipated NFT marketplace launched in beta mode. Launched in May 2021, the platform is based on Ethereum's Loopring Technology zkRollup Layer2 (L2) protocol for cryptocurrency payment and trading services. GameStop aims to provide a low-cost, fast, and secure way for users to manage NFTs.

Sorare plans to use the proceeds to build its football-focused fantasy sports NFT platform and sign up with the top 20 soccer leagues, while Dapper Labs plans to use the funds to improve the user experience on its platform, develop new IP and expand its Flow blockchain. Dapper Labs is best known for developing NBA Top Shot, an NBA-focused NFT marketplace that allows users to buy and sell collectibles, and recently secured an NFT deal with La Liga.

In March, Immutable, an Australia-based NFT platform, raised $200 million (C$252 million) in a Series C funding round, bringing the startup's valuation to more than $2.5 billion (C$3.1 billion). Immutable is best known for developing NFT-based games such as Gods Unchained and Guild of Guardians, as well as its Ethereum-scaling infrastructure platform Immutable X (IMX). Immutable plans to use the proceeds to expand its operations outside of Australia and to fund potential mergers and acquisitions.

Fandifi aims to capitalize on the current trend of NFTs and build its platform at the intersection of live streaming, Esports and sports with unique NFTs. With the company's innovative predictive technologies, the marketplace will enable specific utility across a range of content platforms.

Figure 3: The new interface for Fans.

Summary: Fandifi Technology Corp. is currently trading at C$0.22 and has a market cap of less than C$20 million. Should the company succeed in establishing its technology on one or even several well-known platforms, Fandifi can address an audience of millions virtually overnight. The technology opens up new forms of event-based social communication in a marketing world that is spinning faster and faster. Fandifi's growth could therefore be explosive. For the share price, it could be enough if the company's name is discovered in the USA in the course of the current hype about NFTs. We highly recommend to check out Fandifi’s latest corporate presentation for further detail: https://www.fandifi.com/public/Presentation.pdf

Disclaimer: GOLDINVEST Consulting GmbH offers editors, agencies and companies the possibility to publish comments, analyses and news on www.goldinvest.de. These contents serve exclusively the information of the readers and do not represent any kind of call to action, neither explicitly nor implicitly they are to be understood as an assurance of possible price developments. Furthermore, they in no way replace an individual expert investment advice, it is rather promotional / journalistic texts. Readers who make investment decisions or carry out transactions on the basis of the information provided here do so entirely at their own risk. The acquisition of securities involves high risks, which can lead to the total loss of the invested capital. The GOLDINVEST Consulting GmbH and its authors expressly exclude any liability for financial losses or the content guarantee for topicality, correctness, adequacy and completeness of the articles offered here. Please also note our terms of use.

Conico profits from the spectacular PGE ... Anyone who has doubted whether discoveries will still be rewarded by the market in view of weak stock mark... 187 views Mon, 16 May 2022, 12:49:37

Lithium explorer Portofino Resources exp... After an extended period of behind the scenes activity, but limited news, the signs are green for lithium expl... 82 views Tue, 10 May 2022, 15:39:48