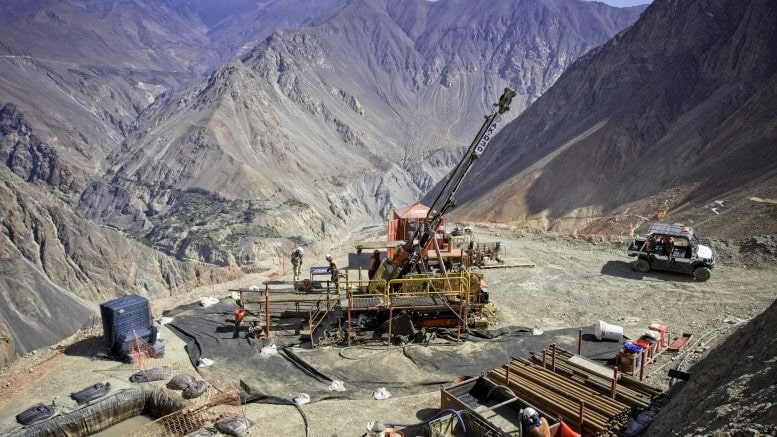 The MRE for the Elida copper deposit amounts to 2.24 billion pounds of contained copper. However, this initial MRE is only on a small portion of the first target they have been able to test on Elida so far - and they have already identified four other very similar targets in the project area. This means, in our view, that not only are there excellent opportunities to significantly expand this initial resource estimate by further drilling Zone 1, but that it is entirely possible that the company will prove four more similar deposits at Elida! In fact, the company is currently undertaking a phase two drill program at Elida.

And Elida, as mentioned, is just one of two main properties that Element 29, under the leadership of new CEO Steve Stakiw, is working hard to explore. The Flor de Cobre project also has the potential to host economically significant copper deposits. The company has drilled 4,532 metres at the Candelaria porphyry complex this year and has in the latest results proven up excellent 0.77% copper over 349 metres, including 123 metres of 1.42% copper. At Flor de Cobre, Element 29 has thus been able to confirm not only historic drilling but also deeper primary sulphide mineralization.

Here too, for Flor de Cobre, the company wants to define an initial mineral resource that meets current Canadian standards as quickly as possible. To this end, the company now intends to raise fresh capital and has announced that it will issue up to 6,250,000 units at CAD 0.20 per unit, with each unit consisting of one Element 29 share and half a warrant. Each whole warrant can then be exercised within a period of two years after completion of the placement at 0.30 CAD.

Conclusion: In our opinion, the Element 29 share price has developed almost diametrically opposed to the company's progress at its projects. We believe this is largely due to the current market environment. While almost all experts are forecasting that copper demand, and thus the copper price, will increase significantly in the long term given the expected strong increase in demand from the electromobility and renewable energy sectors, at the same time there are significant concerns about the short-term global economic outlook given Russia's war on Ukraine, ongoing COVID19 restrictions especially in China, and disrupted supply chains around the world, etc., etc. – which in turn is depressing copper demand and price in the short term. Given this, we believe that investors who believe, as we do, that the demand for copper will increase dramatically in the long term should take a closer look at an advanced explorer such as Element 29 Resources, which of course remains a risky speculation, still. By the way, the last financing - a little more than a year ago - the company carried out at 0.60 CAD per unit. Currently, interested investors who are willing to take the risks could get in at a considerably lower price.

Risk note: The contents of www.goldinvest.de and all other used information platforms of the GOLDINVEST Consulting GmbH serve exclusively the information of the readers and do not represent any kind of call to action. Neither explicitly nor implicitly they are to be understood as an assurance of possible price developments. Furthermore, they do not in any way replace individual expert investment advice, but rather represent advertising / journalistic texts. Readers who make investment decisions or carry out transactions on the basis of the information provided here do so entirely at their own risk. The acquisition of securities involves high risks, which can lead to the total loss of the invested capital. The GOLDINVEST Consulting GmbH and its authors exclude any liability for financial losses or the contentwise warranty for topicality, correctness, adequacy and completeness of the articles offered here expressly. Please also note our terms of use.

According to §34 WpHG we would like to point out that partners, authors and/or employees of GOLDINVEST Consulting GmbH hold or may hold shares of some of the mentioned companies and therefore a conflict of interest exists or may exist. We also cannot exclude that other stock letters, media or research firms discuss the stocks we discuss during the same period. Therefore, symmetrical information and opinion generation may occur during this period. Furthermore, between the mentioned companies and the GOLDINVEST Consulting GmbH a consulting or other service contract, directly or indirectly, can exist, with which also a conflict of interest can be or is given. Especially as GOLDINVEST Consulting GmbH is remunerated in this case for reporting on the mentioned company.