EcoGraf: Australian credit agency holds out the prospect of a USD 35 million loan 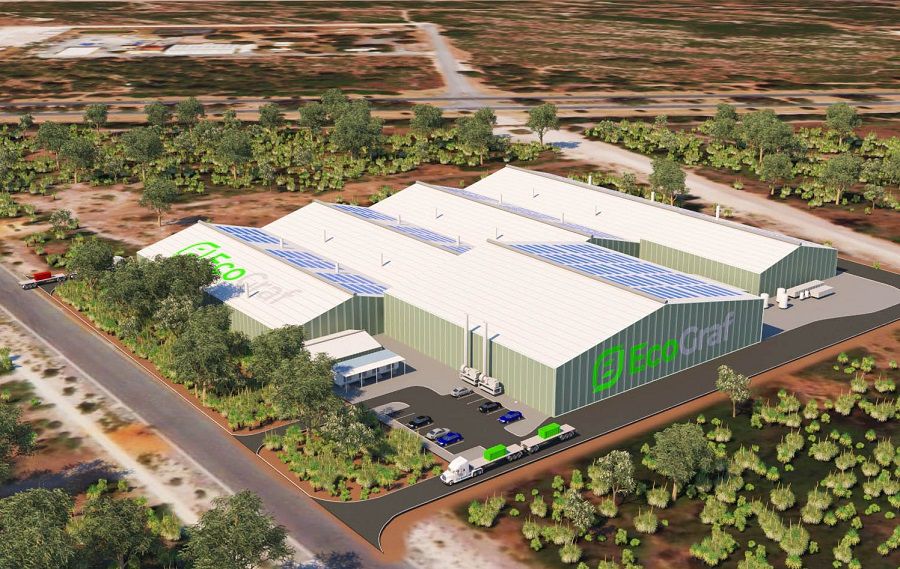 EcoGraf has received a letter of support from Export Finance Australia to this effect. While the commitment is not yet formally binding, the final funding commitment is subject to "customary conditions" that EcoGraf can and will meet. The most important condition is the construction of a starter plant with a capacity of 5,000 tons per year, and that is what EcoGraf is planning anyway.

EcoGraf will fund the first phase of the development with its existing cash reserves from the A$54.6 million institutional placement successfully completed in February 2021, while the expansion phase will be funded through a combination of cash reserves and debt.

The new state-of-the-art facility will produce high-purity battery anode material using the company's proprietary EcoGraf™ HF-free purification process for export to battery markets in Asia, Europe and North America. The initial timeframe for construction of the 5,000 tpa commercial plant is 11 months, followed by commissioning and final product qualification. The company then plans a 12-month expansion program to reach a production level of 20,000 tpa.

The bottom line is that Australia wants to play a leading role in the transition to clean energy, but not just as a feedstock country, but also in the production of higher value-added feedstocks. There is even a separate government initiative for this, the "Critical Minerals Strategy". Therefore, the support of the Australian Export Credit Agency is only logical. If you want a sustainable supply chain for lithium-ion batteries, you can't get around EcoGraf's technology. It cannot be said often enough: It will be the first plant of its kind in the world that can refine raw graphite into high-quality anode graphite without the use of environmentally harmful hydrofluoric acid. The recycling capabilities are on top of that. It is hard to imagine that it will remain a single plant of this kind, because even if 25,000 metric tons of graphite per year are later processed, that is only a tiny fraction of the total market. The vast majority of anode graphite would continue to come from China and from processing with hydrofluoric acid. Is that what the automotive industry wants? Maybe EcoGraf's plant will get children elsewhere in the world? We will see.