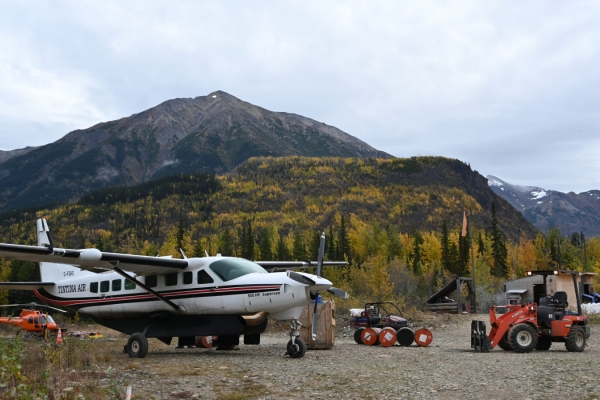 The summer season in far northern British Columbia is open, earlier than ever before. Brixton Metals Corporation (TSX-V: BBB, OTCQB: BBBXF) has begun drilling its first drill hole at its flagship Thorn project in British Columbia's Golden Triangle. A total of 20,000 metres of drilling are planned and already funded this season.

The focus is particularly on two targets, the Camp Creek Porphyry and the Trapper Gold project. Depending on progress, Brixton may also want to test two other targets, the Metla copper-gold target and the Outlaw gold-silver target. VP of Exploration Christina Anstey explained, "This is the earliest start to a season ever for us." 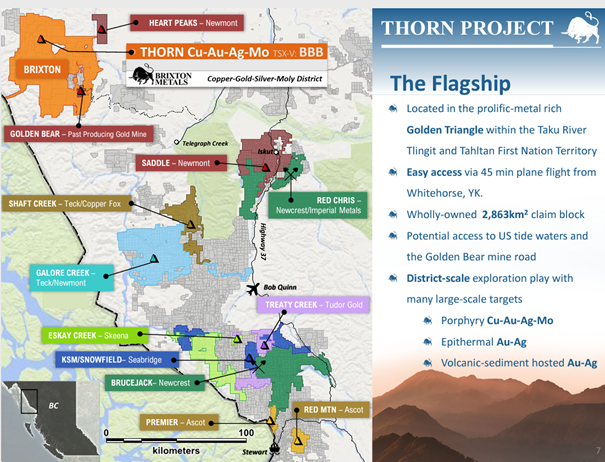 Figure 1: Brixton has secured a huge exploration license in northern British Columbia's Golden Triangle. Over the past year, the company has made progress primarily on the Camp Creek project.

Brixton Metals has made significant progress on the blind Camp Creek Porphyry target in 2021 Holes 162, 181, 183 and 184 show copper, gold, silver and molybdenum grades and porphyry index values (MPIx) that increase with depth. The bottoms of holes 183 and 184 are approximately 286 m apart and both ended in mineralization. The drilling now commenced on the Camp Creek porphyry target is designed to start a wedge hole in existing drill hole THN21-184 at approximately 930m. Last season, 821 m of porphyry-style, copper-bearing mineralization was drilled in THN21-184, with the lower 14 m of the hole returning 0.68% Cu, 0.14 g/t Au, 6.53 g/t Ag and 508.57 g/t Mo. Mineralization in the lower part of the hole consisted more of chalcopyrite than pyrite. In addition, a 1.85 m interval at 1175 m depth returned 89.3 g/t Au. Brixton plans to drill the copper-rich core of the porphyry system at Camp Creek.

A second drill rig is expected to begin drilling on the Trapper gold target in early June. Following the acquisition of the Trapper claims and royalties in 2020, 2021 was Brixton's first drill program to successfully show gold occurrences at the target.

The Trapper target consists of volcanic and volcaniclastic rocks of the Upper Triassic Stuhini Group interbedded with Cretaceous quartz diorite interpreted to be part of the Thorn Magmatic Suite. The quartz diorite is associated with high-grade gold mineralization at Trapper, including a broad gold zone that extends into the Stuhini volcanic rocks. The objective at Trapper is to extend the gold zone on trend and at depth.

Metla is a copper-gold porphyry anomaly within the Thorn project and is located approximately 15 km southeast of the Trapper area. The Metla claims were acquired by Stuhini Exploration in 2020. Recent U-Pb zircon age dating indicates that the Au-Cu-bearing granodiorite has a Triassic age of 220 +/- 3.1 Ma. Several distinct mineralization styles occur in the Metla area, including a potassic altered diorite porphyry unit with bornite, chalcopyrite and chalcocite that returned 4.7% Cu, 1.8 g/t Au and 31 g/t Ag. Occurrences of massive pyrite, chalcopyrite and sphalerite are contained in the hydrothermal breccia where rock samples returned up to 62.7 g/t Au and 4.54% Cu. A 1989 trench by Cominco returned 9 m of 4.6 g/t Au.

The 2022 exploration program will include extensive geochemical surveys, geological mapping and possibly further geophysical surveys to define drill targets for 2022 or 2023 drilling.

The Central Outlaw target is located more than 3 km southeast of the Camp Creek target. Gold mineralization is hosted in clastic sediments of the Triassic Stuhini Group embedded in siltstone and greywacke where a gold-in-soil anomaly is approximately 5 km long and trends east-west. The mineralization is stratabound and located in structurally controlled areas and is probably related to Jurassic dacite dykes intruding the sediments. The Central Outlaw zone was drilled over a continuous strike length of 600 m and returned drill results of up to 59 m at 1.1 g/ Au. The highest surface rock sample was from the East Outlaw area and returned 22.98 g/t Au.

The objective at the Outlaw target for 2022 is to explore the continuity of gold mineralization between the Central and East zones and the eastern extension through 4-6 widely spaced drill holes.

According to §34b WpHG i (Germany) and according to Paragraph 48f Paragraph 5 BörseG (Austria) we would like to point out that principals, partners, authors and employees of GOLDINVEST Consulting GmbH hold or may hold shares of Brixton Metals and therefore a possible conflict of interest exists. We also cannot exclude that other stock letters, media or research firms discuss the stocks we recommend during the same period. Therefore, symmetrical information and opinion generation may occur during this period. Furthermore, there is a consulting or other service contract between Brixton Metals and GOLDINVEST Consulting GmbH, which means that a conflict of interest exists.