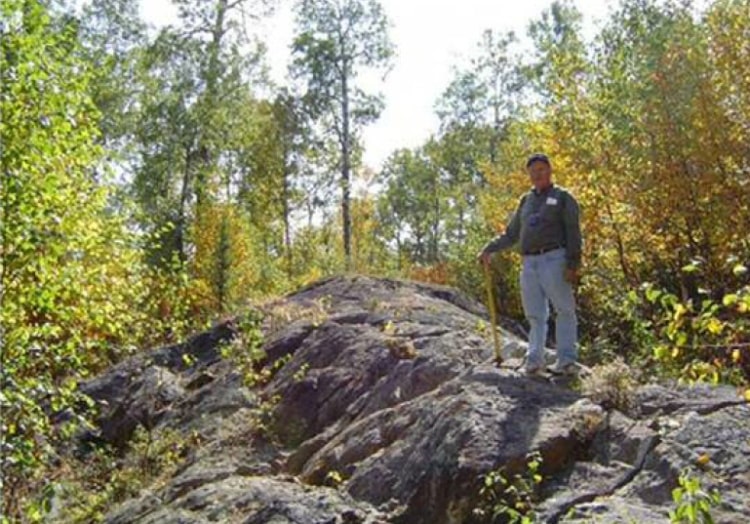 While no conclusions can be drawn as to how the new information will affect the current resource estimate of 182,000 ounces of gold until these holes are accurately located, the results themselves are - by today's standards - extremely encouraging. The best hole, 88-PH-10, returned 125 meters of mineralization at 1.74 g/t in the interval between 36 and 161 meters. Hole 86-PL-06 returned 2.13 meters of 14.33 g/t gold near surface. 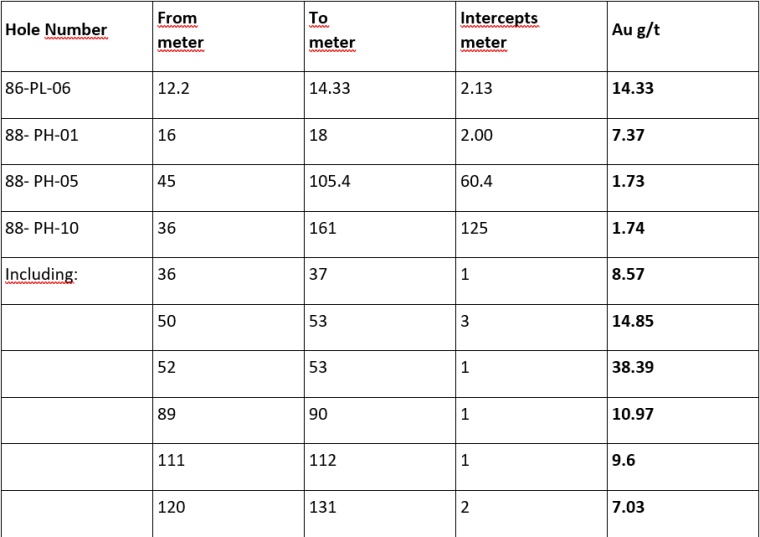 Once the ground is cleared of snow, Dynasty plans to begin a drone-based aerial survey. Based on this data, the Company plans to initiate its first drill program to expand the documented resources at the Pelham Zone.

A review of previous geophysical work, including IP and magnetic surveys, conducted by Teck Resources Limited has already been completed. Most of the historical IP and Magnetic Surveys outlined areas of sulphide mineralization in the Pelham portion of the property using grid lines cut in an east-west direction. This line direction was not optimal for highlighting the Pelham Zone gabbros and associated mineralization, which also trend east-west, but has helped in understanding the West Contact Zone area where mineralized structures appear to trend north-south. Because the detailed airborne drone magnetic survey will be flown with lines closer to right angles to the gabbro bodies and mineralization in the Pelham area, it is expected to provide new data to help interpret the structure of the Pelham mineralization.

The expanded magnetic survey will cover most of the property where the previous geophysics was conducted with flight lines spaced 100 meters apart. By reducing the line spacing to 50 meters (including the Pelham area), more detailed structural information can be obtained. The closer spaced survey work will include portions of the West Contact area where 2007 surface and trench sampling returned gold values up to 8.02 g/t over 39 meters, including 89 g/t over 3 meters.

Bottom line: things exist that really don't exist. At least, they shouldn't: There are simply 15 drill holes disappearing from the statistics - even more so those with excellent results. Dynasty Gold can rejoice, because the company has apparently acquired Thundercloud from Teck at a sell-out price: just $100,000 CAD has been paid by Dynasty for the project. In the project's history to date, more than CAD $10 million has been spent on drilling and other surface exploration work. However, the majority of the 12,000 meters of drilling has been focused on a very small area of the property.

Dynasty shareholders can look forward to an exciting season.