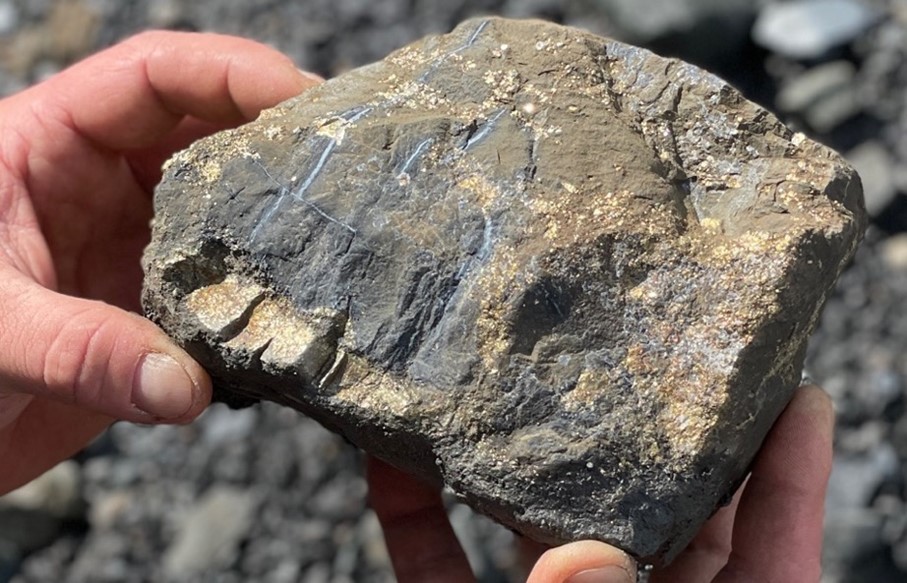 In theory, every single target has the makings of a potential Company Maker - at least the size of the targets is significant. It has to be, otherwise it would be hard to justify the effort in Greenland. Conico will be working with three rigs on Ryberg to get the most out of the short season.

Figure 1: The Ryberg project in East Greenland covers 4,521 km². The first project-wide airborne magnetic survey last year revealed the northeast-trending rift fractures, which are believed to act as a "conduit system" responsible for the generation of significant magmatic intrusions. All six exploration targets on Ryberg are related to these major structures.

But that's not all. Before the end of this month, Conico will send a second team by ship from Iceland to the company's Mestersvig zinc-lead project. The starting point there is the former Blyklippen mine, which operated in the 1960s. In the meantime, Conico has compiled data from mining as well as from more than 70 years of (extensive) exploration history into an electronic model, defining a number of prospective new drill targets. Conico will have two drill rigs on site and is expected to begin work in August.

Figure 2: One of the questions of this year's exploration season is whether it can be proven that the mineralization of the historic Blyklippen Mine continues over a longer distance. There is a distance of 13 km between Blyklippen and the Sortebjerg site. There could also still be parallel structures. This is suggested by the results from Nuldal and Oksedal.

In addition to Greenland, Australia is added

Even that is not enough for Conico in this crazy season. In addition to Greenland, Australia will be added in a few weeks - out of the blue, one might almost say. Because the spectacular drilling success of neighboring Galileo Resources (ASX: GAL) has suddenly thrust the 50/50 joint venture Mt. Thirsty 16 km northwest of Norseman in Western Australia into the spotlight. Just weeks after its initial results, Galileo raised A$20 million from the market at a valuation of about A$200 million. That says something about how highly this "Platreef"-style polymetallic discovery is valued in Australia. Conico and its partner Greenstone, meanwhile, have hired world-renowned experts to re-interpret their Mt. Thirsty properties. The geologists propose 5,000 m of drilling. The history of Mt. Thirsty could be rewritten. After all, the Galileo discovery was made just 200 meters from the Mt. Thirsty JV property line (see Figure 3). 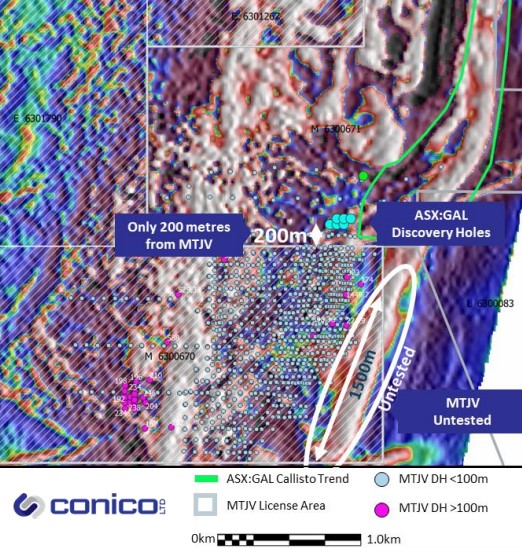 Figure 3: Hundreds of drill holes have been drilled on the Mt. Thirsty project in the past. With the knowledge of the Galileo discovery, drilling today would be deeper and in a different location. Of particular interest is the 1.5 km corridor at the southeast property boundary, which has not been tested and is interpreted as a possible continuation of the Galileo callisto trend (outlined in green).

Conclusion: Conico's stock market value is currently around A$40 million. There is probably no other exploration company of comparable size in the world that simultaneously explores three projects on two continents with at least five drills. To some, this may seem like megalomania and it is certainly not without risk, especially since the activities on Mt. Thirsty were not planned. There, after all, Conico can share the cost of drilling with its JV partner. In the end, it's a matter of a few hundred thousand dollars, which could be very well invested in view of the possible outcome.

As far as Greenland is concerned, Conico is a true pioneer and therefore has the chance to make new discoveries, the dimensions of which are still completely unknown. Everything is possible! Six new, enormous targets are on the program at Ryberg. The information base is much better than last year, when the Miki target was missed outright. No one can guarantee success, but it's fair to say that Conico's chances have probably never been better than this year, especially since the simultaneous exploration around the "past-producer" Mestersvig in Greenland offers a lower-risk back-up option. At best, Conico could make discoveries this season that could be simply earth-shattering. That can be said about few explorers. For us, that's why Conico claims a special place among exploration companies this season. Every commodity investor would be well advised to keep a close eye on Conico's performance in the coming months.