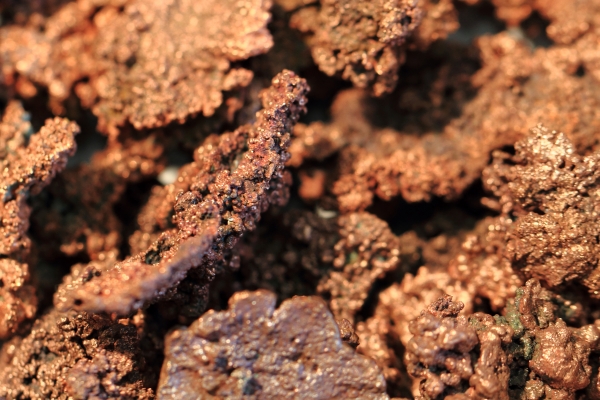 Anyone who has doubted whether discoveries will still be rewarded by the market in view of weak stock markets for junior explorers should take a look at the share price performance of Australia's Galileo Mining Ltd (ASX: GAL). The company's stock price has more than quadrupled from A$0.20 (May 10) to A$0.85 in just one week following a spectacular platinum-palladium-copper-nickel discovery at its Norseman project in Western Australia. GAL's stock market value at the moment is around A$143 million. If the company can confirm its thesis that it holds the key to a "new platinum-palladium province" in the style of the South African role model Platreefs, this could be just the beginning.

Of course, immediate neighbors will also benefit from the discovery. The word "immediate" in this case is quite literal, as the Galileo discovery is just 200 meters north of the property boundary from the Mt. Thirsty project, which Conico Ltd (ASX: CNJ; FRA: BDD) and Greenstone Resources Limited (ASX: GSR) jointly own 50/50. Conico and Greenstone share prices have each roughly doubled since May 10. Conico ran from A$0.011 to a recent A$0.021 (about A$24 million), while Greenstone rose from A$0.028 to A$0.043 (about A$39 million). This revaluation may be more than a flash in the pan, as there is strong geological evidence that, in particular, the "Calisto Trend" as referred to by Galileo (see Figure 1, outlined in green). may continue on the Mount Thirsty JV ("MTJV"). property. Findings from lithology and geophysics support this hypothesis. Of all areas, the eastern margin of the Joint Venture area, considered particularly prospective due to the recent Galileo discovery, has been poorly explored in the past. In addition, only 3.5% of all drill holes at Mt Thirsty reach deeper than 100 meters into the earth! The opportunities this presents become clear when you consider that Galileo's most recent discovery came from a drill intercept between 126 and 188 meters deep. The particularly high-grade platinum-palladium intercept over 33 meters does not begin until 144 meters. An initial review of the data suggests that 1.5 km of the prospective mineralized horizon found by Galileo may extend onto the MTJV property. 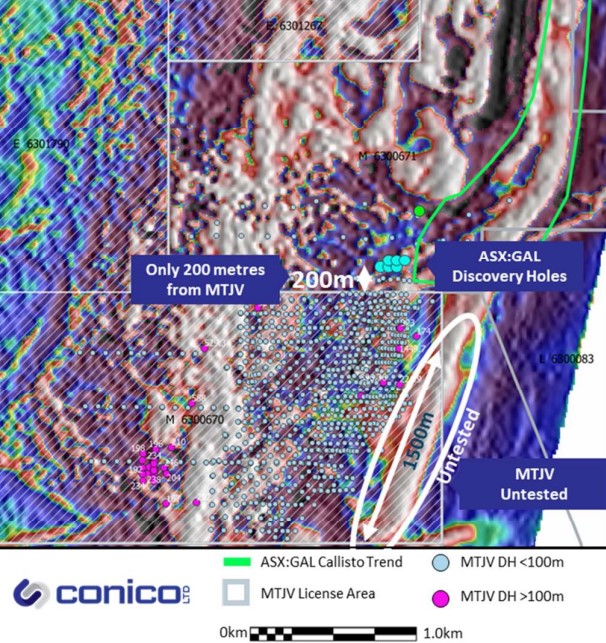 Figure 1: Thank the neighbor Galileo. The million dollar question is whether the Calisto trend (outlined in green) continues on the Mt. Thirsty JV license. A corridor of 1,500 meters is open.

Conico and Greenstone don't want to waste any time now. Both companies are already planning a 2,000 meter drill program to start as early as the next 6 to 8 weeks. The drill holes themselves are expected to take around four weeks. Greenstone and Conico will share the costs.

Conclusion: It can happen that fast. Just as Conico is preparing for the second drilling season on its two main projects, Ryberg and Maestervig in East Greenland, the welcome news of a spectacular discovery by its Australian neighbor Galileo bursts in. That's what you call a windfall profit, I guess, because few investors might have had Conico's Australian Mt. Thirsty joint venture on their radar. The project seemed somehow stranded despite extensive drill holes and an inferred and indicated JORC resource of 26.9 million tonnes at 0.126% cobalt and 0.54% nickel and a theoretical NPV of several hundred million dollars. The ownership structure in a 50/50 JV did the rest. That's why the two JV partners, Conico and Greenstone, had decided to take the project public independently just a few weeks ago. This plan could now get much better chances due to the latest developments. This is finally good news for long-suffering Conico shareholders. For the time being, they will now be able to enjoy the benefits of two parallel exploration campaigns: in Greenland and in Australia. Whether two companies will then emerge in the end remains to be seen.

Desert Gold with Longest and Widest Gold... The recent drilling success at the newly discovered Gourbassi West North area could be a turning point for Des... 214 views Wed, 26 Jan 2022, 15:53:41