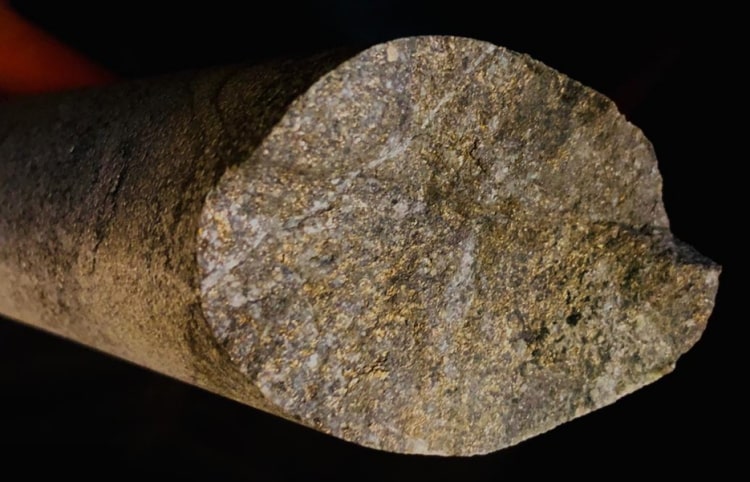 Given the distressed share price of Conico Ltd. (ASX: CNJ; FRA: BDD), one could easily succumb to the misconception that nothing is going right and the company is down. The quarterly report just presented, though, proves this wrong: Concio is preparing full steam ahead for the upcoming season in Greenland. With work starting as early as May, the season (covid-free) is expected to be twice as long as last year; the team of around 20 will have cost-saving access to two onshore camps, at Ryberg and at Maestersvig.

At Ryberg, drilling is scheduled from May to "at least the end of July." Thanks to last year's initial project-wide magnetic survey, there are six targets on Ryberg instead of two - any one of which, because it has never been tested, could have company-maker potential. Meanwhile, the historic Maestersvig zinc project (the zinc price is trading near a 25-year high) appears to be evolving from a mere second project to a veritable stand-alone. Conico has compiled 70 years of data and has built a strong case for a significant expansion of the project. No drilling had been done on Maestervig in the past year.

Last but not least, Conico has raised about A$2 million at A$0.013 and will complete a rights issue for another A$2.5 million on the same terms by the end of May. This should fund the exploration program for this season at least.

As a reminder, the Ryberg polymetallic project (Figure 1) covers 4,521 km2 on the east coast of Greenland, 365 km west of Iceland. It contains several prospect areas with prospects for accumulations of magmatic sulfide mineralization with known Ni-Cu-Co-Pd-Au occurrences. Three diamond drill rigs and fuel are already on site, with minimal equipment to be imported, including a portable XRF unit to assist in identifying mineralization in real time.

Following the completion of drilling at Ryberg, the drill rigs will be moved to Maestersvig where they will be used to extend the known mineralization at the historic Blyklippen Zn-Pb mine.

The company has also increased its staff, welcoming exploration manager Thomas Sant and four additional geologists to the team. In addition, a laboratory in Ireland will be used to improve assay turnaround times and a broadband internet terminal has been brought to the site to ensure regular market updates can be delivered from the field.

The largest of the newly identified occurrences at Ryberg is called a "pyramid" because of its distinctive shape and shows a distinct magnetic signature suggestive of a large magmatic intrusion. Magnetic data show a zone of magnetite faulting immediately west of the larger southern intrusion, possibly indicative of a zone of hydrothermal alteration. No surface sampling or drilling has been done to date.

The second newly identified prospect immediately offshore is named Quest. It is a roughly circular, tubular magnetic anomaly in a surface depression. Geologists suggest that it may be an eroded mafic-ultramafic intrusion considered prospective for precious and base metals. Historical stream sediment sampling nearby returned anomalous values for chromium, nickel and copper.

The third newly discovered prospect is known as Qiterpiaaneq. It is a tubular intrusion with a surface extent of ~15 km2 ,dipping to the southeast. The anomaly is adjacent to an interpreted crustal fault, so it may be an intrusion that has migrated up a larger structure. Landsat-8 infrared bands indicate the presence of distinct clay-rich zones in the host lithologies, which could indicate alteration associated with emplacement. If Qiterpiaaneq is indeed a large mafic-ultramafic intrusion, then it is prospective for magmatic precious and base metal sulfide mineralization.

The Sortekap prospect contains mafic and ultramafic lithologies that were the subject of three diamond drill holes in 2021 targeting an induced polarization (IP) anomaly interpreted as a low-angle fault. Drilling in SODD001 intersected stringer and adersulfide mineralization with anomalous nickel, copper and cobalt grades in ultramafic rocks, while hole SODD003 intersected vein-bound gold mineralization in amphibolite.

The magnetic survey has identified the presence of a deep-seated fault near Sortekap. This has implications for nickel mineralization. Geologists suggest that the massive fault may have served as a conduit for sulfide melting. At Sortekap, there is a magnetic high coincident with mafic and ultramafic rocks covering an area of 5 km². Conico has submitted an application to extend the license over Sortekap to include these newly identified areas of interest.

Drilling planned at Maestervig zinc project by end of September

The Mestersvig project is located approximately 600 km north of Ryberg. It covers 1,447 km2 on the east coast of Greenland and is 640 km north of Iceland. Maestersvig contains accumulations of vein- and stratabound sulfide mineralization with known Zn-Pb-Cu-Ag occurrences. This includes the historic Blyklippen mine, which produced approximately 545,000 tonnes of ore at 9.9% zinc and 9.3% lead between 1956 and 1962 and is located within the property. 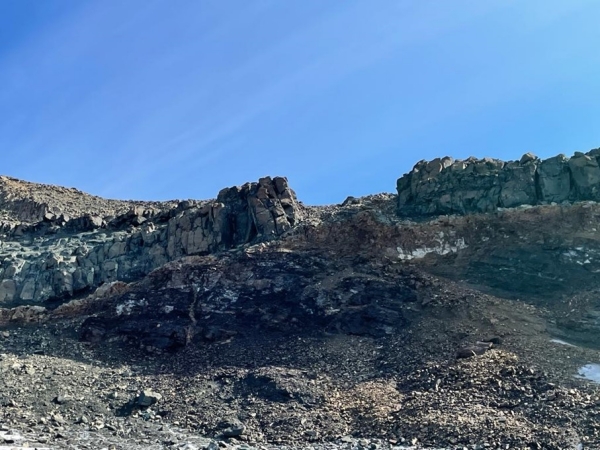 Figure 2: Not only does a historic mining camp exist at the Maestervig site, but also an airfield used by the Danish military.

Personnel and drill rigs are scheduled to be transported to Maestervig (from the Ryberg project) in early August, with drilling expected to continue until the end of September. Fuel and accommodations are already on site (Figure 2). A road exists to the drilling sites, a port, and an airstrip at the nearby (<5 km) Mestersvig airfield.

Drilling will focus on extensions of the historic Blyklippen mine towards the Sortebjerg prospect, a strike length of ~13 km that has not previously been drill tested. Conico has evaluated extensive data from historical drilling, satellite imagery and geophysical surveys to trace the trend of mineralization.

In addition, targets on the Nuldal prospect (identified by Conico in 2020) will be explored by drilling where surface samples show grades up to 69.5% lead, 0.9% copper and 282 g/t silver. A field team will also visit the Oksedal prospect where previous exploration has reported baryte mineralization associated with base metals.

CONCLUSION: Conico has disappointed the great expectations of last season. Added to the difficult circumstances of a covid shortened season was the agonizingly slow evaluation of then disappointing drill results. In addition to its own mistakes (for example, the company’s geologists did not have an XRF instrument with them), the company also had bad luck. But in retrospect it is easy to say that one should have trusted the geological evidence and not the geophysical interpretation. Thus, the Miki target was de facto missed and not tested at all. But failures also benefit exploration. Drilling into the heart of Miki is no to be made up this season. Either way, the Ryberg project's overall magnetic survey (which was not available last year) is transformative because it explains how and why the six identified anomalies are related to deep-reaching fractures from the time the Atlantic Ocean was formed. The historic Maestervig project will play a much larger role this season. Maestersvig is the safer bet compared to Ryberg because it is primarily about the expansion of a historic mine. At the same time, the modern interpretation of Maestersvig suggests that the previous operators at the time recognized and exploited only a fraction of the potential. So Maestersvig could well be good for surprises, while the Ryberg project is still 100% Blue Sky anyway. Hardly necessary to mention that Greenland's geostrategic importance for Western raw material supplies has grown since last year, given the political circumstances. So, there is no lack of good motives for Conico to succeed, this season the company simply has to deliver. We will stay tuned to the story.

Disclaimer: GOLDINVEST Consulting GmbH offers editors, agencies and companies the opportunity to publish comments, analyses and news on http://www.goldinvest.de. These contents serve exclusively the information of the readers and do not represent any kind of call to action, neither explicitly nor implicitly they are to be understood as an assurance of possible price developments. Furthermore, they are in no way a substitute for individual expert investment advice and do not constitute an offer to sell the stock(s) discussed or a solicitation to buy or sell securities. This is expressly not a financial analysis, but an advertising / journalistic text. Readers who make investment decisions or carry out transactions on the basis of the information provided here do so entirely at their own risk. There is no contractual relationship between the GOLDINVEST Consulting GmbH and its readers or the users of its offers, because our information refers only to the company, but not to the investment decision of the reader.