With a series of successful step-out drill holes along the suspected zinc vein system near the historic Blyklippen Mine at its Mestersvig Project in East Greenland, Conico Ltd (ASX: CNJ; FRA: BDD) has confirmed that the Zn-Pb-Cu-Ag veins of the historic mine are highly likely to continue for kilometers.

Eight of ten holes along the interpreted strike of the zinc vein intersected strongly disseminated and/or matrix sulphides. The most distant holes, BKDD003 (3.3 metres of disseminated sulphides from 205.0 metres) and SBDD005 (1.4 metres of strongly disseminated sulphides from 120.5 metres) are nearly 9 kilometers apart (see Figure 1). The interval in between is considered prospective, as is another 14 kilometers of untested mineralized quartz vein-bearing faults throughout the project area.

To date, only the raw geological data from the drilling is available. Zn, Pb and Cu sulphides in drill core have been logged and laboratory results are expected in the next six to eight weeks. On-site exploration was completed for this season on September 14. 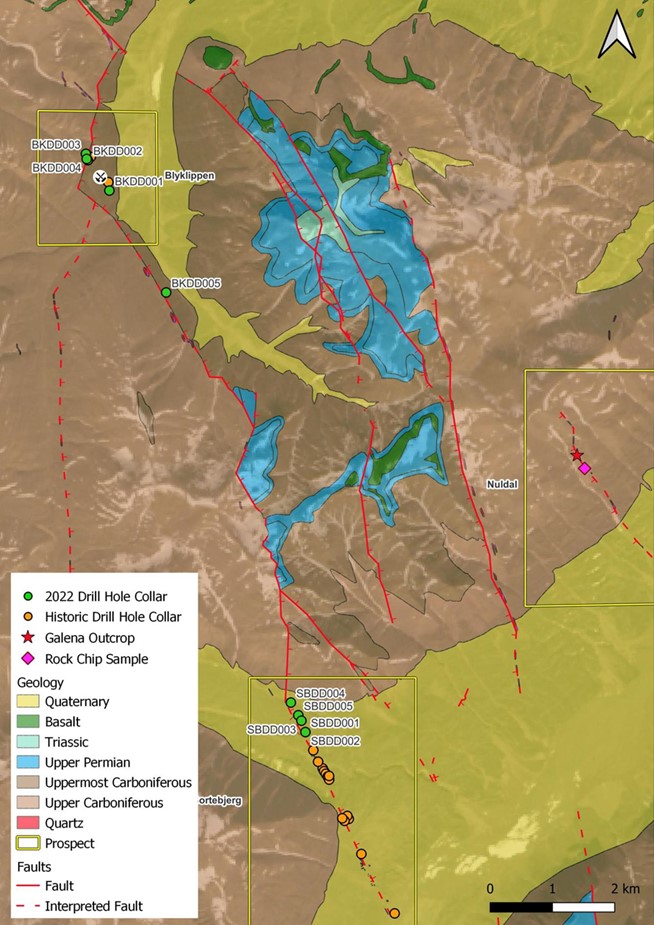 Figure 1: The map shows the wide spacing between step-out drill holes along the Blyklippen Zinc Vein. The most distant drill holes are nearly 9 kilometers apart.

Executive Director, Guy le Page, commented, "Mineralization at Mestersvig is readily apparent by visual examination, with most holes intersecting the expected vein system known to contain zinc, lead, copper and silver mineralization. It is encouraging to see that the mineralized vein continues along strike, proving that our modeling is correct, and we look forward to assay results."

Drilling was conducted using two diamond drill rigs owned by Conico and operated by Cartwright Drilling Inc. and housed in an on-site exploration camp. The drill rigs and associated equipment will remain on site until the start of the planned 2023 field season. 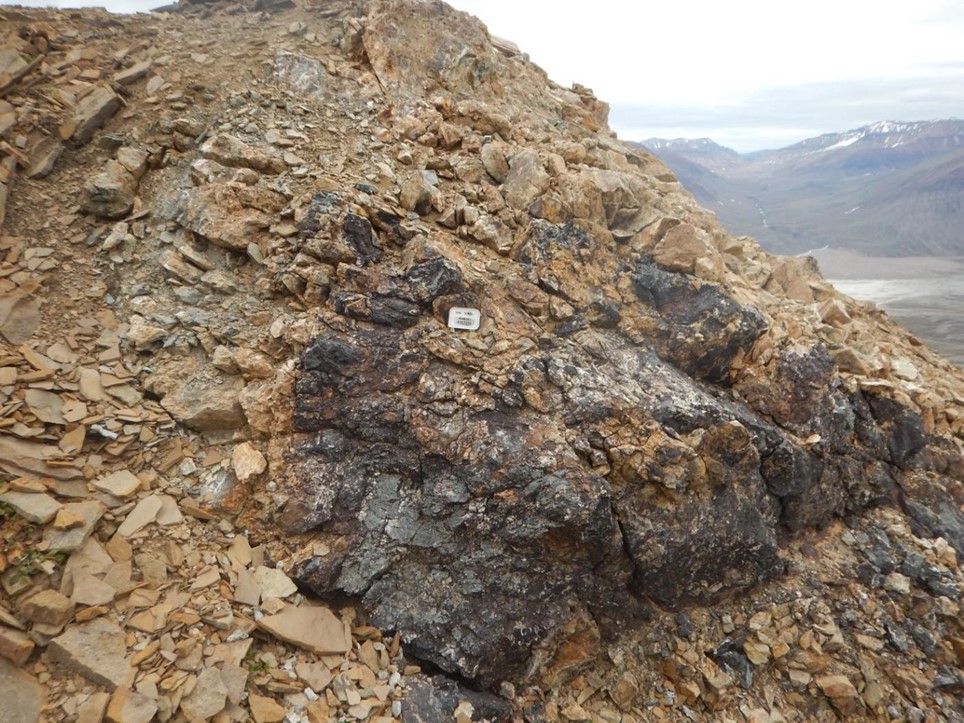 The Mestersvig Trench is the most prominent feature of the project area, which lies in a 15-20 km long anticlinal fold structure amidst widespread faulting. The trench is 4 km wide and 12 km long, with the western trench fault hosting the Blyklippen Mine, which produced 545,000 tonnes of ore at 9.3% lead and 9.9% zinc between 1956 and 1962.

Mineralization occurs as fault controlled epithermal lead-zinc veins with associated silver and copper. The mineralization is hosted in quartz veins that range in thickness from 2-50 m from surface to unknown depths. The veins are largely associated with the marginal faults of the Mestersvig Graben, but also occur distally and are widespread throughout the project area. Ore minerals are generally massive sphalerite and galena with minor chalcopyrite and barite.

Conclusion: As on its Ryberg Project, Conico fell short of the targets it had set itself in the 2022 exploration season on its second project in East Greenland, Mestersvig. The reason is the same for both projects: Conico did not have a reliable drilling crew on site, as signaled by the company in the meantime. As a result, only ten diamond drill holes were drilled at Mestersvig, about a third of what the geologists had planned however the successful drilling at least confirms the hypothesis that the Blyklippen vein system extends for kilometers. The parallel Nuldal structure shows how prospective the Mestersvig project is. It is becoming apparent that Mestersvig has what it takes to be a stand-alone Zn-Pb-Cu-Ag project. The entrepreneurial question may be how to organize exploration in the future and how best to finance it.