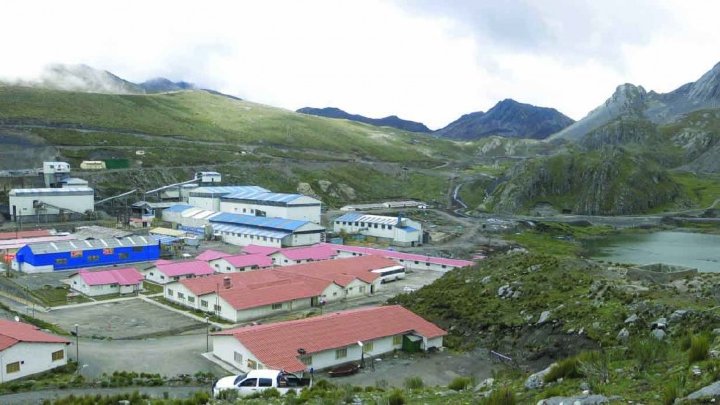 Cerro de Pasco Resources Inc. (CSE:CDPR) (FRA: N8HP) can now count itself among the producing mining companies. The Company announced today that the acquisition of the Santander Mine from Trevali Mining Corporation (TSX: TV; FRA: 4TI) is now officially closed. The polymetallic Santander Mine is located approximately 215 kilometers northeast of Lima, Peru. Cerro is acquiring the underground mine along with associated infrastructure and personnel in full operation. The associated processing mill has a capacity of 2,000 tonnes per day.

Guy Goulet, CEO of CDPR, commented, "We are very focused on our core competencies of managing late stage mining operations and reprocessing mineral stockpiles and tailings. Late stage operations are of interest to Cerro de Pasco, provided there are entry points to responsibly and profitably extend the life of mine. We are excited that this acquisition breaks the ice and allows our team to do what they do best."

The transaction leverages CDPR's natural strengths. CDPR has assembled a highly specialized team of experts in 2019 to take control of the entire Cerro de Pasco mining complex from Volcan / Glencore. Negotiations with Volcan/Glencore have been suspended pending exploration of the Quiulacocha tailings, which has now been approved by the Ministry of Energy and Mines and is expected to commence at the end of the current rainy season (April).

The company plans to extend the operating life of the Magistral orebody at the Santander Mine while also developing access to the higher grade Santander Pipe orebody over the next 24-36 months, which would extend the mine life by five years. In addition, CDPR plans to increase exploration spending on the property.

Cerro de Pasco paid CAD1 million in cash for the acquisition of the Santander Mine and issued 10 million CDPR shares, which will be released from escrow and successively become freely tradable: (i) 10% at closing and (ii) 15% every six months thereafter.

Cerro will pay A net smelter royalty of 1% on all new deposits in excess of the currently defined resources of the Magistral and Santander Pipe deposits. A contingent payment of $2.5 million in the event that the average LME zinc price is at least $1.30/lb in 2022.

To finance the transaction, the Company has issued a CAD1.5 million secured promissory bill to a major shareholder who is the holder of more than 10% of the Company's shares. In return, the lender will receive 3,000,000 warrants with the right to purchase the same number of shares at a price of CAD 0.50 per share.

Conclusion: Cerro de Pasco's share price did not rise after the announcement of the acquisition of the Santander Mine from Trevali, but fell. Cerro de Pasco's management certainly had imagined this differently. To say the least, the decision to take over a mine that was sold by the owner for almost a symbolic price of CAD 1 million was difficult to convey to some shareholders. Cerro de Pasco had bought itself into considerable obligations and risks, according to the criticism. The management counters that the acquisition was a bargain that could not have been passed up. The replacement value of the processing equipment alone is estimated at more than USD 50 million, plus around USD 7.5 million in working capital that Cerro could take on. One thing is certain, now Cerro's high-caliber team can prove how it optimize the Santander operations. More important for the future valuation of the company, however, will be whether Cerro de Pasco succeeds in moving forward with its main assets, the Excelsior waste rock pile and the Quiulacocha tailings pond, respectively. After all, the drilling permits for the Quiulacocha tailings have finally been obtained. Work there is scheduled to begin in the spring. Management leaves no doubt that the top priority remains the economic cleanup of the Cerro de Pasco.