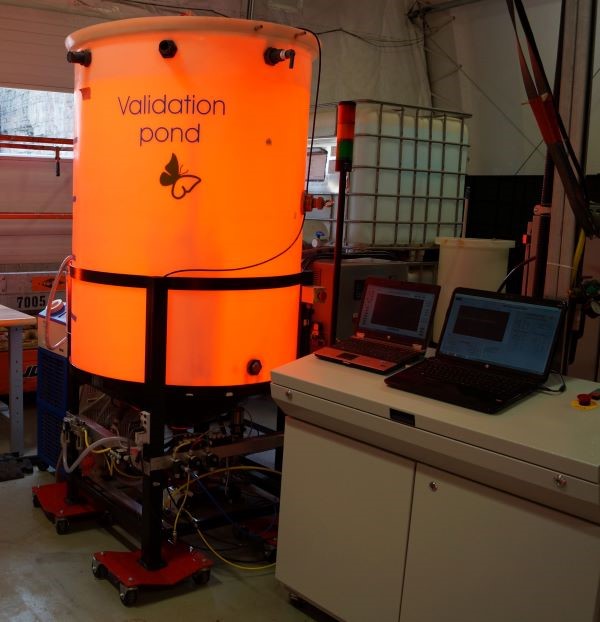 Growing algae in digital photobioreactors: the next green revolution for agriculture?

Livalta and Pond have agreed to an exclusive global partnership to produce algae-based animal feed from CO2 emissions. Algae convert CO2 into biomass through photosynthesis. The CO2 content in the air is 0.04%. The Pond process increases the CO2 content in its photobioreactors up to 5 percent for optimal microalgae growth. The partners' agreement consists of two parts: Part one includes a contract to supply and purchase a CAD 2.9 million algae demonstration system from Pond to be installed in the UK. The second part is a license agreement under which Pond will receive up to CAD 2.6 million in technology access fees. In addition, Pond is to receive royalties in perpetuity based on the production of commercial algae systems used in the future. The deal was brokered by Pond's regional development partner, Remedi!ate UK. AB Agri sees itself as a pioneer for more sustainable agriculture and is committed to the goal of a net-zero agricultural industry. AB Agri has already launched new feed ingredients in the past and sees the production of "responsible proteins" as an important growth driver for the future.

The planned demonstration plant will be used to grow algae strains for animal feed trials and the development of commercial animal feeds sold by AB Agri. Livalta's pilot plant is expected to be operational in 2022 at British Sugar's site in Wissington, Norfolk.

Figure 1: LEDs make the photobioreactor glow orange. The microalgae are optimally supplied with light from all sides, exactly in the wavelength that the algae need. The day/night cycle required for photosynthesis is simulated by microclocking. Digital inputs control growth in the best possible range. In addition, by exploiting the 3rd dimension, the photobioreactors require little space, which could be particularly important for mass production.

José Nobre, CEO of AB Agri, said, "As AB Agri, we are committed to developing new and bold technologies to deliver safe, high-quality food while minimizing our environmental footprint. That's why we created Livalta as a specialty division to address the global protein challenge."

Livalta CEO Valerie Schuster said, "We believe science and technology are key to turning the protein challenge into an opportunity. We are very excited to partner with Pond and the potential that lies in their technology to produce algae using CO2 emissions. We look forward to working together to bring about positive change."

Pond President and CEO Grant Smith spoke of a "groundbreaking commercial partnership with AB Agri" that will give Pond global access to the multi-billion dollar animal feed market. Grant announced, "Together with AB Agri and its new responsible protein division, Livalta, we are working to develop algae as a cost-effective, responsible feed ingredient that converts climate change emissions into commercial animal feed ingredients. The merger of AB Agri and Pond to produce affordable, high-quality, responsible food is a major step forward, and this commercialization project will advance the way our industry produces food for people and animals."

The first product will be the widely used microalgae Spirulina, which offers a particularly high protein content of 60 percent and essential vitamins and minerals. Spirulina is known for its nutritional and functional value in both food and animal feed. Spirulina (and other algae) are gaining attention as a potentially breakthrough animal feed ingredient. Conventional algae production technologies have not been able to produce the required quantities in sufficient quality at costs required for the price-sensitive animal feed business. The exclusive partnership, which brings together Pond's breakthrough technology with Livalta's expertise in new proteins for animal feed, aims to change this. 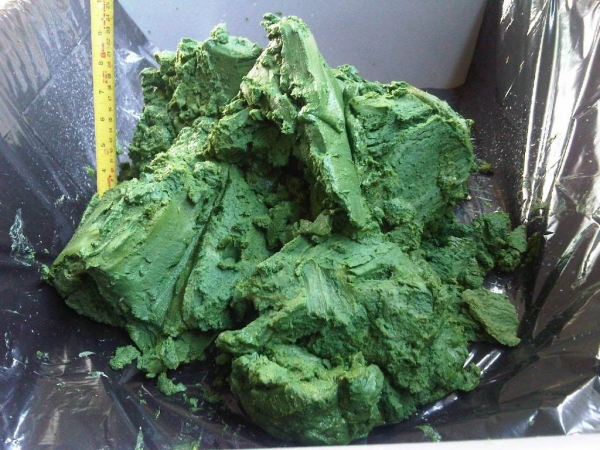 Figure 2: Image shows Spirulina paste with approximately 20 percent residual moisture. The algae are harvested from the photobioreactor in such a way that the exponential growth of the algae is not interrupted. The green algae mass serves as a starting product for animal feed or, for example, for food coloring.

Associated British Foods is a diversified international food, ingredients and retail group with sales of £13.9 billion and 133,000 employees in 53 countries. The company has major businesses in Europe, Africa, the Americas, Asia and Australia. Its products range from feed and nutrition to technology products and data services for the agri-food industry. The company operates along the entire food industry supply chain. The company produces and supplies compound feeds, feed enzymes, specialty feed ingredients and a range of value-added services to farmers, feed and food manufacturers, processors and retailers.

The company's goal is to achieve a strong, sustainable leadership position in markets that offer potential for long-term, profitable growth. This will be achieved through a combination of growing existing businesses, acquiring complementary new businesses and achieving high levels of operational efficiency.

Based in Markham, Ontario, Pond Technology is a technology leader in the cultivation of microalgae in a controlled environment. Through more than a decade of research and development, Pond has developed a robust, breakthrough technology platform based on artificial intelligence, proprietary LED lamps and patented CO2 management. Using concentrated CO2 from industrial waste streams, Pond is able to increase microalgae productivity far beyond the capacity of outdoor algae growers and enables industrial emitters to mitigate and ultimately recycle CO2.

Pond currently sells the microalgae-derived antioxidant astaxanthin under its Regenurex brand. As microalgae become increasingly important in pharmaceuticals and cosmetics, dietary supplements, human nutrition, aquafarming, bioplastics and biofuels, Pond has begun licensing its technology to third parties in exchange for ongoing licensing fees and royalties. Pond recently established a biotech division focused on growing unique strains of microalgae to be used as a reproductive medium for the expression of human antibodies and proteins.

Summary: In his latest global bestseller, "How to avoid a climate disaster," Bill Gates devotes a separate chapter to the topic of agriculture. In it, Gates pays tribute to the achievements of the "green revolution" in the 1970s, which made it possible to feed the growing world population in the first place. Gates dramatically describes the new challenges and concludes: "Ultimately, we need to produce 70 percent more food as soon as possible while driving down emissions and working to eliminate those emissions completely. That's going to take a lot of new ideas." Pond provides just such a "new idea." We are pleased that Pond has finally found a risk-taking, responsible partner to test and use Pond's disruptive algae farming platform on a large scale. For the sake of more sustainable agriculture, it is to be hoped that this collaboration will be successful. In the best case scenario, the idea of an algae-based bioeconomy can provide a new green revolution.