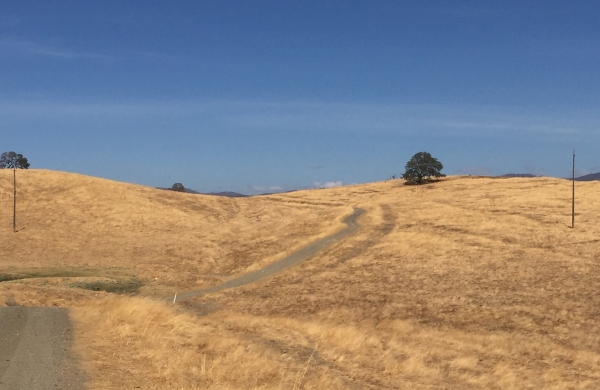 The U.S., not to mention the entire West, needs to rethink its commodity supply chains. The realization is uncomfortable: for the beautiful vision of a fully electrified future, more mining is needed, not less. And geostrategic arguments aside, there are good reasons for taking the extraction of raw materials back into our own hands. After all, where better to ensure responsible extraction than on our own doorstep? The necessary change in mentality is a challenge for an entire generation.

Figure 1: Zinc, copper and silver are also needed for the 400 billion infrastructure program of the new US President Joe Biden.

Blue Moon Metals (TSXV: MOON; FRA: 8SX0) in California is rising to the challenge and, after a history of almost 80 years, finally wants to develop the base metal project of the same name just a few hours' drive from San Francisco to production maturity. Towards the end of World War 2, the project was already briefly in production. Since then, the VMS-type polymetallic deposit has repeatedly attracted international mining companies: Hecla, Imperial Metals, Boliden, and even Barrick have all made the rounds over the years, meanwhile spending millions and millions of dollars to develop a resource. Most recently, of all things, the COVID19 crisis has hit the project. A joint venture with Australia's Platina Group (ASX: PGM), was terminated in 2020 in the face of the corona crisis, even though drill results had delivered up to 30%-equivalent zinc. Platina originally planned to invest up to CAD11 million for a 70% project interest.

Now the project is back to 100% owned by Blue Moon with a current market value of just CAD10 million (at CAD0.085 per share). According to the latest 43.101 compliant report from 2018, the project has an impressive 7.79 million tonnes of ore at an average grade of 8.07% zinc equivalent. In other words, the Blue Moon deposit today already contains 300,000 ounces of gold, 11 million ounces of silver and three-quarters of a billion pounds of zinc. That's a strong base, but below the critical size required of major mining companies today. Blue Moon would probably need to double its resource to attract interest from major companies. This is exactly what Blue Moon's management believes is possible. A new drilling program of 5,000 meters is therefore planned for this summer on its own initiative. The company can regularly rely on loyal investors for financing: Management and key investors hold 35% of the shares, with former Australian JV partner Platina Group holding a further 5%.

Figure 2: Blue Moon Metals sees significant potential for expansion of existing resources and intends to confirm this in the upcoming drill program.

The Blue Moon project is a perfect example of the major lines of development in mining. Because the Sunshine State has been a pioneer in environmental policy, many mining companies chose the path of lesser resistance and went where it was cheaper to produce, often at the price of political risk. California assets were neglected for years.

Today, permits are not a problem in California

As is so often the case, reality overtakes common preconceptions. California is nowhere near as mining sensitive as one might assume. A number of mining companies are already active in the broader Blue Moon area. These include the Mesquite Mine (Equinox Gold). This project produced 140,000 ounces in 2020 via heap leach. Another company is Castle Mountain Gold (also Equinox Gold), which produced 40,000 ounces of gold in 2020. Another prominent example of mining in California is the Mountain Pass REE Mine (MP Materials). This mine still supplied 16% of the world's rare earth production in 2020. It is the only rare earth mine and processing facility in the US.

The perceived disadvantage of location, could now become an advantage for Blue Moon. Blue Moon is an advanced resource company with a project in one of the safest jurisdictions in the world. Blue Moon offers significant advantages under ESG criteria and also stands to create new jobs for the local region. The biggest asset, however, is the excellent infrastructure highways, electricity, rail, ports are already in place and nearby. An underground mine also means minimal ground disturbance. Permits are possible because Blue Moon has access to consultants from major mining companies that have recently entered production.

The good infrastructure is particularly important for estimating Blue Moon's ore grades. For Congo, 8 percent zinc equivalent would certainly not be enough. In California, it's a different story. Ore grades are not absolutes, but must always be understood in their particular context.

Majors have driven the Blue Moon project, especially in the 1980s. Prominent companies such as Boliden, Barrick, Imperial Metals, even Hecla Silver owned the Blue Moon asset at one time.

The Blue Moon team is led by top geologist Jack McClintock. McClintock was PDAC Prospector of the Year has led BHP's global exploration efforts for 20 years. His successes include Western Copper's 1 billion NAV Casino Gold project. He also served as CEO for Northisle Copper and the development of its 4 million ounce gold-copper project in BC. The project was most recently financed at CAD 10 million by Rick Rule & Sprott and achieved a complete turnaround from CAD 5 million to CAD 50 million market value.

Figure 4: VMS deposits typically occur in clusters. At Blue Moon, only a fraction of the suspected mineralization has been drill tested to date.

Conclusion: Blue Moon Metals is an advanced exploration company standing on the shoulders of its large predecessors. A targeted summer drilling program could significantly expand the existing resources. Blue Moon is thus aiming for the critical size to become attractive to larger mining companies. The major companies have also recognized the signs of the times: Mining in California can be profitable, and it may be better from a sustainability perspective to produce there today than in less transparent jurisdictions around the world.