AIS Resources: Values for pathfinder minerals at Toolleen are off the chart 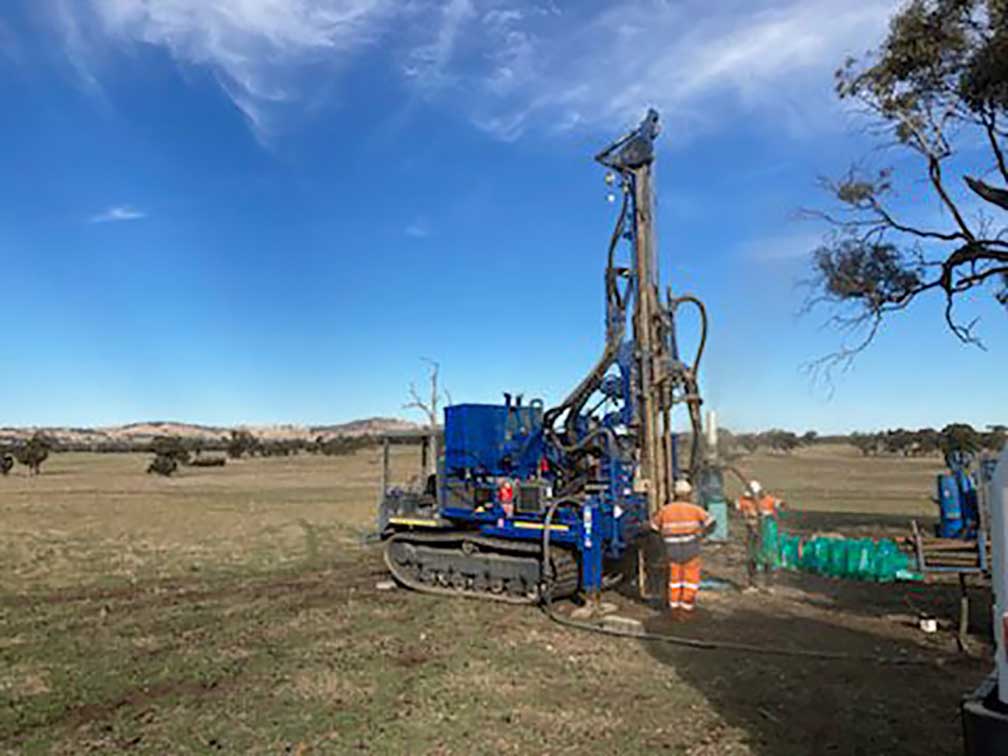 Around gold deposits often exists mineralisation with particularly high values of so-called pathfinder minerals. In the region around the famous Fosterville gold mine of Kirkland Lake in the Australian state of Victoria, antimony has proven to be the most important pathfinder mineral. High antimony values have always been a strong sign that high-grade gold mineralization is close at hand. This is the backdrop against which to read AIS Resources Limited's (TSX: AIS; FRA: 5YHA) recent announcement on pathfinder minerals at its Fosterville-Toolleen project about 10 kilometers east of Fosterville. IE, the measured antimony values exceed the norm and are so exceptionally high that AIS management took the precaution of checking with the laboratory again as to whether there was a measurement error. The laboratory ruled this out after checking again.

The Pathfinder results indicate elevated levels in the eastern portion of the drilled areas. An extremely high value of 510 ppm Sb (antimony) was measured in drill hole TRC017 in weathered rock at a depth interval of 14 to 16 meters. Trace gold was also encountered, with values of 16ppb Au in that interval. Hole TRC017 is located at the eastern end of the northern traverse and the isolated high result encourages continued exploration to the east. CEO Phil Thomas is confident that the pathfinder mineral heuristic will work at Fosterville-Toolleen. During the face-to-face meeting, he used the comparison with a soccer stadium: "We know we are in the oval of the stadium. Now we still need to determine exactly which direction to look for the gold." To that end, he said, soil sampling is planned in a 1.5-square-kelometer area (20m spacings on lines 100m apart) around the elevated antimony levels. This will be followed by drilling again, initially with the RC device and, if successful, with the diamond drill.

CEO Phil Thomas said, "This is a major break through for the efforts of our exploration team at Fosterville-Toolleen. Antimony has been proven as an important pathfinder mineral not only at Kirkland Lake’s Fosterville 12km away, but also at Mandalay Resources' Costerville Gold Project nearby"

Nearby Costerfield mine extracts antimony alongside gold as byproduct

The giant Costerfield Mine is located 31 kilometers from Fosterville-Toolleen. It is three kilometers long and 800 meters deep. In its latest quarterly report, Mandalay announced that 13,502 ounces of gold and 933 tonnes of antimony were mined at Costerfield in the past three months.

We have combined the RC drill holes, and soil samples to develop a robust, rigorous exploration program over the coming months.

The company considers the RC drill hole results to date, combined with the soil chemistry and structural gravity geology, to be extremely encouraging. It says the first campaign has been very productive despite challenging conditions caused by prolonged rainfall across Victoria. The year 2021 has brought one of the wettest winters in more than a decade.

A.I.S. Resources Limited is a publicly traded company listed on the TSX Venture Exchange focused on precious and base metals exploration. AIS' value creation strategy is to acquire and add value to prospective exploration projects by better defining mineral resources in order to attract joint venture partners and increase the value of our portfolio. The Company is led by a team of experienced geologists and investment bankers with a successful capital markets track record.

AIS owns 100% of the 28 km² Fosterville-Toolleen Gold Project located 12 km from Kirkland Lake’s Fosterville Gold Mine (subject to completion of certain exploration expenditures); a 60% interest in the 58 km² Yalgogrin Gold Project in New South Wales (with the right to earn 100%); and a 100% interest in the 167 km² Kingston Gold Project in Victoria, Australia near Stawell and Navarre. The company also has joint venture interests with Spey Resources Corp (SPEY-CSE) in lithium brine deposits in Argentina in the Incahuasi and Pocitos Salars.

Bottom line: AIS Resources has secured Fosterville-Toolleen, a slender 12 kilometers from Kirkland Lake’s famous Fosterville mine and 31 kilometers from Mandalay's lesser-known but also rich Costerfield mine. News of pathfinder minerals are usually only understood by analysts and geologists. But when the values are as exceptional as they are here, one should be wary. However, AIS has Denis Walsh as their Chief Geologist in the team. Walsh worked for Kirkland Lake on Fosterville for a long time as their Chief Exploration Geologist, so if anyone can correctly classify the measured values, it's him.

According to §34b WpHG and according to paragraph 48f paragraph 5 BörseG (Austria) we would like to point out that principals, partners, authors and employees of GOLDINVEST Consulting GmbH hold or may hold shares of AIS Resources and therefore a possible conflict of interest exists. We also cannot exclude that other stock letters, media or research firms discuss the stocks we recommend during the same period. Therefore, symmetrical information and opinion generation may occur during this period. Furthermore, there is a consulting or other service contract between a third party that is in the camp of AIS Resources and GOLDINVEST Consulting GmbH, which means that there is a conflict of interest, especially since this third party remunerates GOLDINVEST Consulting GmbH for reporting on AIS Resources. This third party may also hold, sell or buy shares of the issuer and would thus benefit from an increase in the price of the shares of AIS Resources. This is another clear conflict of interest.

Early season start for Brixton Metals at... The summer season in far northern British Columbia is open, earlier than ever before. Brixton Metals Corporat... 89 views Tue, 24 May 2022, 15:08:02