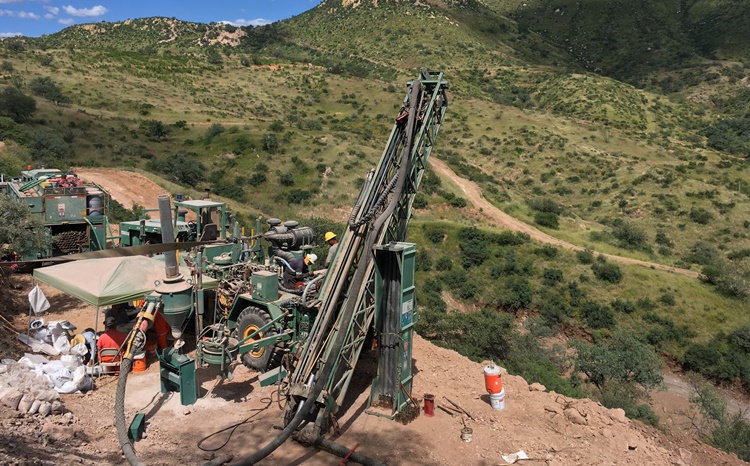 5.00 von 5 - 1 Bewertungen
Vielen Dank für die Bewertung dieses Beitrags. If all goes according to the script for budding gold producers, shares of advanced exploration company Sonoro Gold Corp. (TSX-V: SGO, FRA: 23SP) could be in for a dramatic re-rating in the near future. The stock is already trading in an uptrend that began shortly after the company completed its most recent financing in late April 2021.

The reason for the increased attention

Sonoro is expected to announce a detailed economic analysis for its planned Cerro Caliche gold mine in the form of a NI 43-101 PEA in a few weeks. Once that data is known, it usually acts as a catalyst for several important things, starting with mine financing, permitting, hiring contractors, and finally building the mine. Construction time to actual gold production is estimated at 6 months. 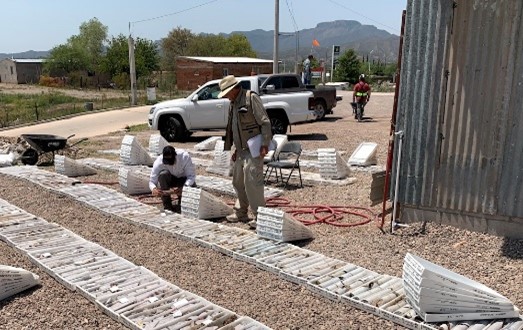 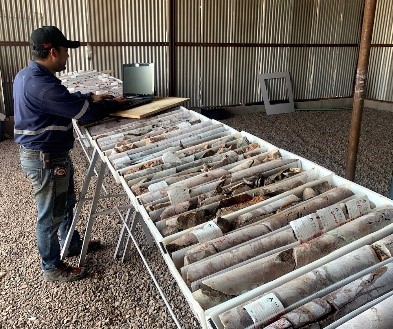 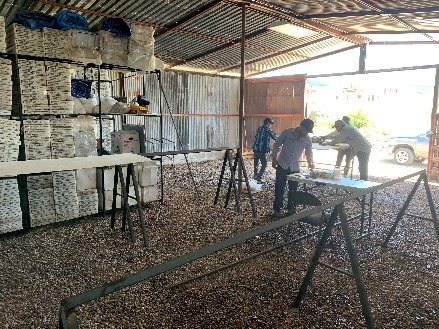 Sonoro Gold's market capitalization is CAD 34 million, which is significantly less than the cash flow analysts expect from Cerro Caliche's mine operations. 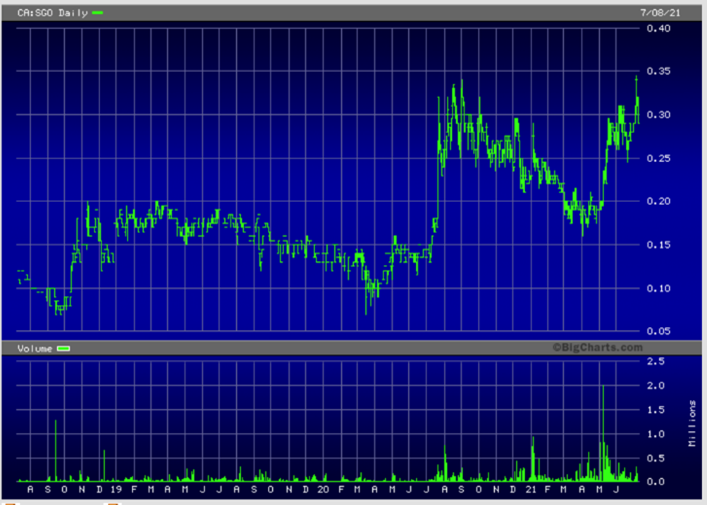 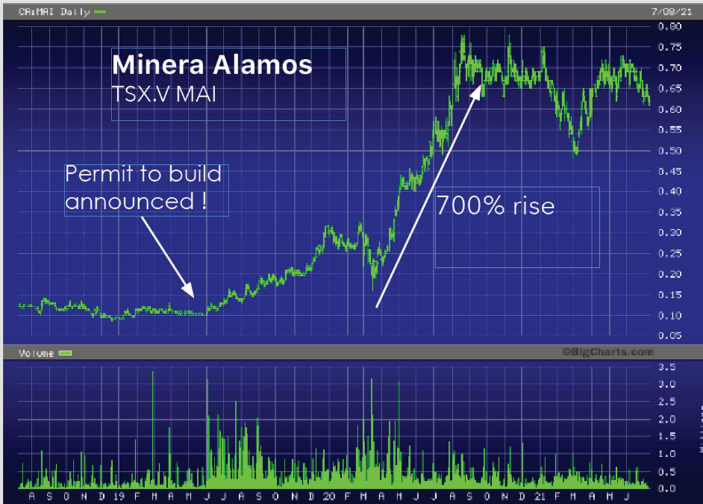 Minera Alamos (TSX-V: MAI) provides a good comparison.  Both Sonoro and Minera Alamos' projects are located in the state of Sonora.  Both are developing mining operations designed to extract gold from near-surface deposits of oxide gold mineralization.  This type of mining is not new, and there are dozens of mines in the region that are making large profits extracting gold from the region's numerous shallow oxide gold deposits.  One of the most successful is the Mulatos Mine, whose development was overseen by mining engineer Jorge Diaz, Sonoro's VP of Operations.

Minera Alamos has just begun mining and heap leaching gold ore at its Santana project and has gone directly into development rather than going through the long and expensive process required for a feasibility study.  The Minera Alamos share price surge began in 2019 (see Figure 1), when the company received key permits from Mexican authorities required to build a commercial scale mine and a gold heap leach processing plant.  The stock rose about 700%, especially in the following year.

A rough picture of future production can already be obtained by assuming an average gold content of 0.6 grams per ton and the production rate of 15,000 tons per day targeted by the bottom frame. Arithmetically, 290 ounces of gold per day would then be delivered to the leach pad. Sonoro's recent metallurgical results indicated a recovery rate of 80%, which, if realized, would yield approximately 230 ounces of gold per day.  Based on 340 operating days per year, gold production should be 78,880 ounces per year, with plans for further expansion in subsequent years.

Some mines are making money at grades well below Sonoro's Cerro Caliche.  Argonaut Gold, for example, just reported record profits, including revenue from mining at its Castillo Complex heap leach operation, where the average grade is only 0.31 grams of gold per ton, about half the average 0.60 grams of gold per ton that Sonoro is expected to mine.

Sonoro's costs should be comparable to those of the other heap leach mines in the area, which report AISC costs of USD 900 to USD 1,200 per ounce of gold. This assumption sounds plausible because the company's executives were responsible for developing several of these mines.  To be safe, a cost of USD 1,100 per ounce and a gold price of USD 1,800 per ounce of gold can be used to calculate a more conservative cash flow estimate.  Assuming annual production of 78,800 ounces of gold and a net margin of USD 700 per ounce, annual cash flow would be USD 55 million or (fully diluted) CAD 0.32 per share or CAD 0.39 per share, well above the current trading price of CAD 0.34 per share.  Mine construction costs are expected to be less than USD 20 million.  The investment could be recouped within 9 months if successful, which would be a remarkably quick payback period.  Typically, payback periods are measured in years, not months.

Sonoro expects to close a small debt financing package in August. Construction of the mine is expected to begin in September of this year, while gold production is expected to start in the first quarter of 2022.

So what does this mean for Sonoro's future share price?

Going back to the potential cash flow of CAD 0.39 per share: Small-cap gold producers typically trade at 4 times their cash flow, which in this case would equate to a target price of CAD 1.50 per share. To date, only about 25% of Cerro Caliche's gold mineralization has been drilled.  Cerro Caliche's extensive land package includes 8 former high-grade historic turn-of-the-century gold mines surrounded by 18 zones of shallow oxide gold mineralization.  They cover an area totaling about 5 square miles. That leaves a lot of potential for future growth. 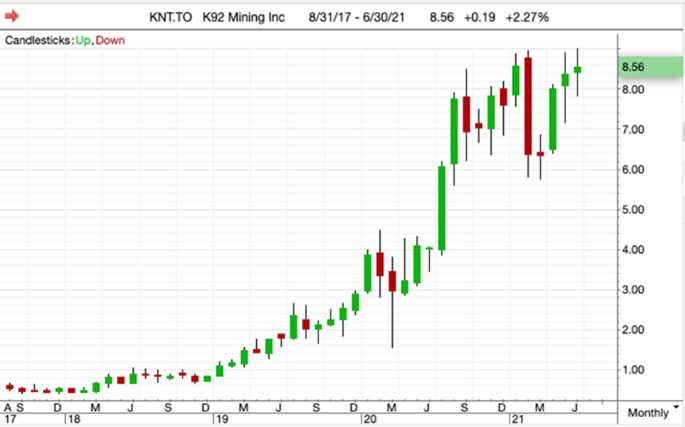 In summary, if Sonoro manages to fast-track its mine into financing and production, its annual cash flow could be greater than the company's current market capitalization. The first major catalyst for the share price is the PEA, which is only a few weeks away. Sonoro apparently has the right shareholders, as investors include some of K92 Mining's (TSX: KTO) backers. K92 has risen from CAD 0.42 to now CAD 8.94 since test mining began in 2017. So, these shareholders should have no shortage of venture capital.

Nevertheless, Sonoro remains a risky speculation. Investors should always be aware of that. We are staying tuned to the company.

Risk notice: GOLDINVEST Consulting GmbH offers editors, agencies, and companies the possibility to publish comments, analyses, and news on http://www.goldinvest.de. These contents serve exclusively the information of the readers and do not represent any kind of call to action, neither explicitly nor implicitly they are to be understood as an assurance of possible price developments. Furthermore, they in no way replace an individual expert investment advice, it is rather promotional / journalistic publications. Readers who make investment decisions or carry out transactions based on the information provided here do so entirely at their own risk. The acquisition of securities involves high risks, which can lead to a total loss of the invested capital. The GOLDINVEST Consulting GmbH and its authors expressly exclude any liability for financial losses or the content guarantee for topicality, correctness, adequacy, and completeness of the articles offered here. Please also note our terms of use. According to §34b WpHG and according to paragraph 48f paragraph 5 BörseG (Austria) we would like to point out that principals, partners, authors, and employees of GOLDINVEST Consulting GmbH hold or may hold shares of Sonoro Gold and therefore a possible conflict of interest exists. Furthermore, we cannot exclude that other stock letters, media or research companies discuss the stocks we recommend during the same period. Therefore, symmetrical information and opinion generation may occur during this period. Furthermore, a consulting or other service contract exists between a third party, which is in the camp of Sonoro Gold, and GOLDINVEST Consulting GmbH, whereby a conflict of interest exists, since this third party remunerates GOLDINVEST Consulting GmbH for reporting on Sonoro Gold. This third party may also hold, sell, or buy shares of Sonoro Gold and would thus benefit from an increase in the price of the shares of Sonoro Gold. This is another clear conflict of interest. 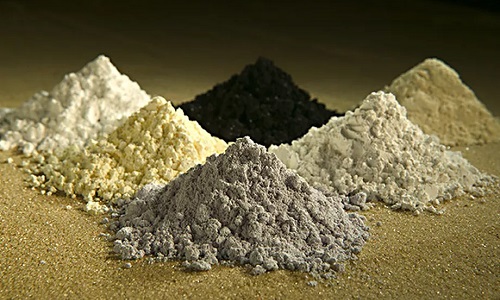