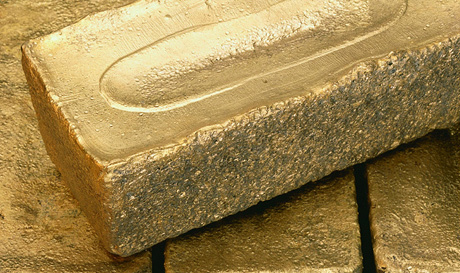 4.00 von 5 - 1 Bewertungen
Vielen Dank für die Bewertung dieses Beitrags. In the purchase lies the profit. Following this old merchant's rule, Searchlight Resources Inc. (TSXV: SCLT, FRA:2CC2) under its CEO Stephen Wallace has already secured hundreds of square kilometers of exploration ground in Saskatchewan for the proverbial "peanuts". Now Searchlight is adding a comparatively small property to its portfolio, but one that has all the more history. From private hands, Searchlight has secured the high-grade Robinson Creek gold project in the Flin Flon mining camp. Included in the package are results from 75 historic drill holes, dating from 1946 to 1989. Among them are results that would certainly get a lot of attention these days. Stephen Wallace mentions as the first highlight of Searchlight's data analysis a 55 metre intercept of 2.50 g/t gold in hole 81-1, which starts at a depth of only 22 metres. (see table). At the time, only the small, high-grade intercepts were targeted.

There has been no exploration at all on Robinson Creek since 1990, although a regional VTEM geophysical survey was conducted as recently as 2011. This says a lot about the conditions around Flin Flon. Despite the 30 historic gold deposits around the town of Flin Flon, at best the general perception is that the Flin Flon greenstone belt is a mining camp for non-ferrous metals, but certainly not as a good address for gold projects. With its acquisition and parallel exploration at the nearby Bootleg Camp, Searchlight aims to challenge this preconception. The exploration thesis is that Flin Flon is very much a gold camp, but one that has been neglected compared to other districts in Canada. Searchlight begins by asking refreshingly new questions: what happens when you look at historic gold values with fresh eyes? Why, in earlier times, was it primarily the high-grade gold that was sought in narrow veins? How would one proceed today? Do the underground projects have open pit mining potential?

Robinson Creek is located approximately 15 kilometers northwest of Searchlight's Bootleg Lake claims (Map 1) and consists of 7 claim blocks covering 1.84 square kilometers. Searchlight initially priced the option at $25,000 CAD and 500,000 shares. A total of CAD 100,000, 2 million shares and CAD 500,000 in exploration expenditures would then be due over the four year period. 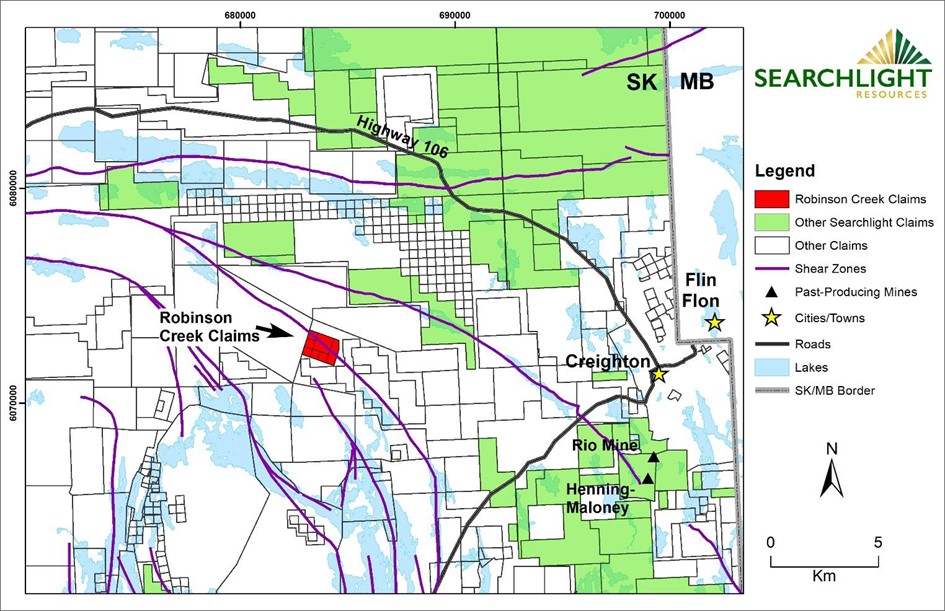 Geologically, Robinson Creek, like the Bootleg Camp projects, lies on a large-scale shear zone. Stephen Wallace emphasizes that Robinson Creek was last explored during a period when high-grade narrow intervals were the focus of exploration. Searchlight's approach is to explore both high-grade underground and low-grade open pit targets at each gold project, Wallace says.

Although the results of diamond drilling at Robinson Creek are historical in nature, the quality of the analysis is likely to be particularly high. This is due to the fact that one of the last operators until the late 1980s was the government-owned Saskatchewan Mineral Development Corporation ("SMDC"). SMDC merged in 1988 into the publicly traded Cameco Corporation, which was formed by the merger of two state-owned companies - precisely Saskatchewan Mining Development Corporation and Eldorado Nuclear Limited. Cameco's focus since then has been on uranium, as is well known. The gold assets have not been pursued. To this day, Cameco holds properties in the immediate vicinity of Robinson Creek. It speaks to the thoroughness of state-owned companies that the gold grades on Robinson Creek were double or triple assayed in the 1980s to avoid mistakes.

Conclusion: The well-known American stock market letter writer John Kaiser recently compared Searchlight CEO Stephen Wallace to a patient chess player who plans his moves long ahead and then suddenly brings about a checkmate. That signature can be seen in the acquisition of Robinson Creek. Negotiations reportedly spanned 10 months. Wallace considers Flin Flon a forgotten gold camp. Robinson Creek provides a striking example. Where else in Canada would the acquisition of such a project have been possible on such favorable terms? The historical drill data provides ample fodder for Searchlight geologists. The exciting question will be how quickly the company can prove up a resource and whether an approach to open pit mining can be found. Since the property is fifteen kilometers from Searchlight`s existing brownfields mining property it is conceivable that Robinson Creek could form one piece of a larger consolidated mining project.  It is noteworthy that no one in the Flin Flon camp has yet considered this concept. 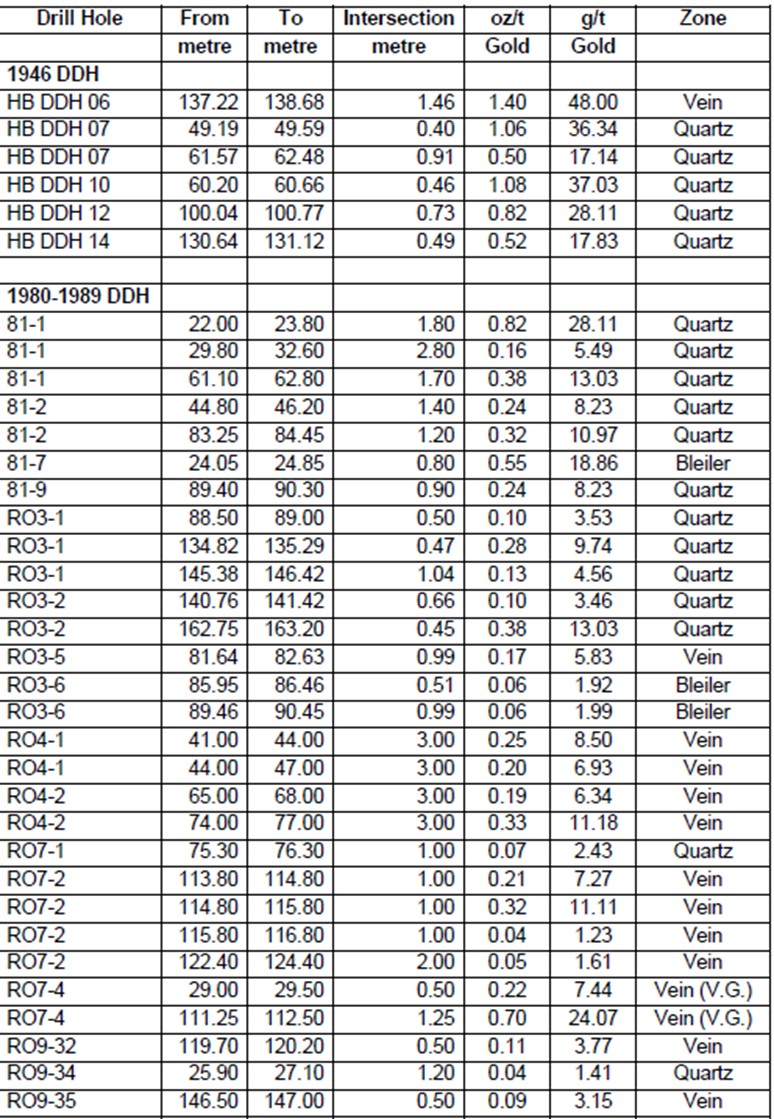 Table 1: Historical drill results at Robinson Creek range up to several ounces of gold. However, they show above all that exploration at the time targeted mainly high-grade veins - apparently because the operators had underground mining in mind from the outset. Hole 81-1 is a good example of this. Stephen Wallace sees 55 meters with 2.5 g/t gold, while at the time three high-grade intersections were in focus.