Ready Set Gold follows up with strong results on Northshore 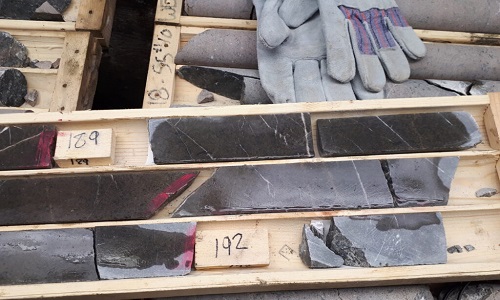 Shares of gold explorer Ready Set Gold Corp. (CSE: RDY; FRA: 0MZ) have been in an almost continuous decline since its initial public offering at $0.60 CAD last December. Just a few days ago, the stock could be picked up for less than CAD 0.20. Accordingly, the market valued the 1.2 million historical ounce resource at the Northshore Project at less than CAD 10 million! The tide may now be turning following the release of the second half of a total of 13 drill holes at Northshore.

Results from the remaining seven holes confirm a new exploration model and provide an excellent basis for a much more comprehensive re-examination of the property formerly owned by well-known companies Balmoral and GTA Gold. Ready Set is the first company to systematically survey the entire property using the tools of modern exploration. 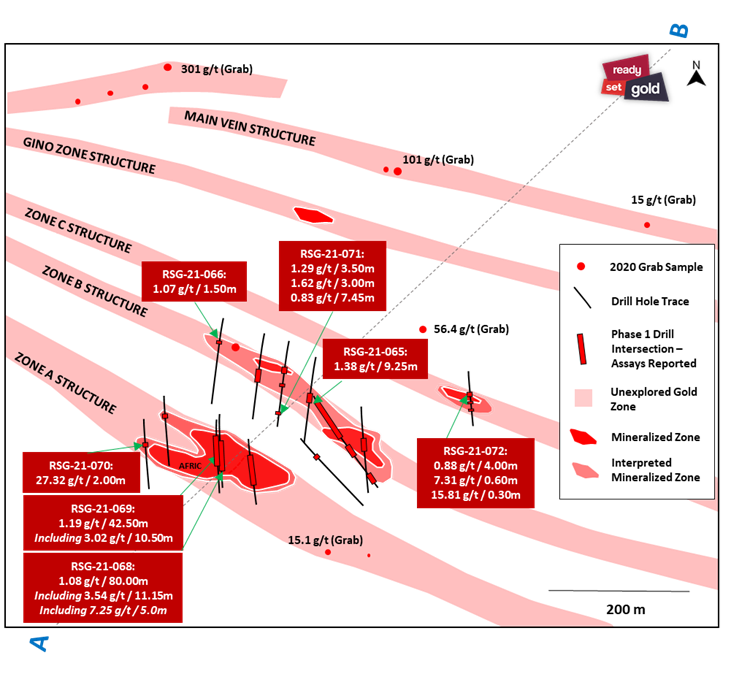 Figure 1: Exploration plan of Northshore showing recent results. Clearly visible are three parallel veins that were not distinguished from each other in previous surveys. The increased accuracy and better delineation of the gold occurrences should facilitate future exploration at Northshore. The orientation of the historical drilling tended to be parallel to the veins and therefore had not provided an accurate location. 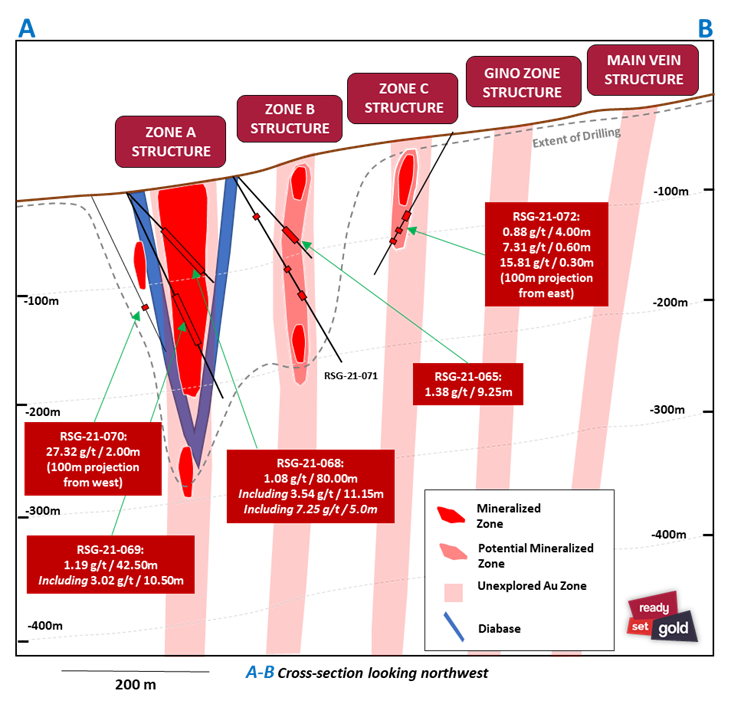 Figure 2: Cross-section once again shows the parallel alignments. The structures are open to the side and to depth. One of the big questions for future exploration will be how the ore grades develop to depth. This is because Ready Set geologists recognize possible parallels on Northshore to the Hemlo Mine, which lies about 70 kilometers away on the same fault system. At Helmlo, parallel ore veins with low grades had initially been found before it was recognized that they converge at depth and have higher grades.

Brad Lazich, VP of Exploration, commented on the current results as further confirmation of Ready Set Gold's new geological model for the Northshore project. Lazich said, "These drill results increase our confidence in the results of historical drilling and in our new geological model."

Christian Scovenna, CEO & Director, commented, "Our new model indicates that mineralization may be open along strike and at depth. By considering a different model than previous operators of the project, we may have unlocked the door to a regionally significant deposit."

The Northshore project remains underexplored, with only about 5% of the area systematically evaluated. In addition, the depth potential of the gold mineralized zones remains untested.

Conclusion: This is how exploration works! First, historical results must be re-evaluated and, in the best-case scenario, a new model emerges - as is now the case with Ready Set - that predecessors did not have. The new model will give a new direction to future exploration. In particular, the potential parallel to the +20 million ounces produced at the Hemlo project could spark interest. However, this would probably require Ready Set to have the courage to drill deeper at some point. We are curious about the further development, for which Ready Set will need fresh money in the not too distant future. We will see how the company deals with the financing issue.

The uncertain certainty of bitcoin by Midas Touch ConsultingFrom a market perspective, we live in times of high risk. Markets typically reflect the world, and i... 204 views Mon, 15 Nov 2021, 11:09:47